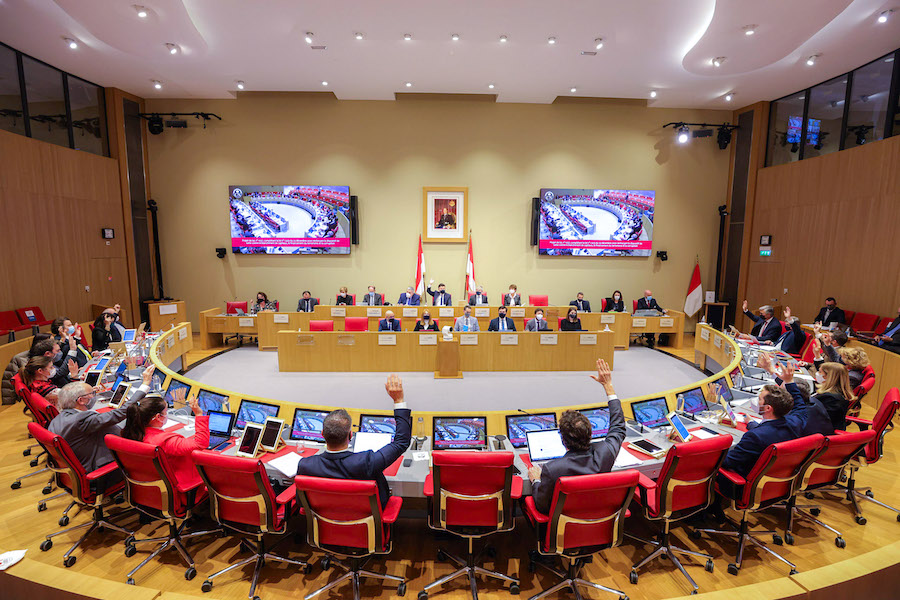 The National Council has passed two bills aimed at combating financial crime in Monaco. Among them, a widening of the scope of justice to confiscate capital and sanction fraudulent virtual currency transfers.

The National Council voted unanimously on Monday 31st January on two bills submitted by the Government relating to the prevention and the fight against financial crime.

“These legislative developments testify to the Principality’s desire to continue to adapt its legislation to the best standards and international commitments in the fight against money laundering, terrorist financing and corruption,” said the government in a statement on Wednesday. “Under the impetus of the Sovereign Prince, the objective pursued by the Principality is, in particular, to maintain the Monegasque banking and financial centre at a high level of standards.”

The government says the bills were produced after discussions between itself and professionals, on the one hand, and between the government and the National Council, on the other.

“In line with the objective pursued by the Principality to strengthen its system in a complex and constantly changing field, exchanges, both at the institutional level and between the public and private sectors, are continuing, in particular within the framework of meetings of the Committee for the Coordination and Monitoring of the National Strategy to Combat Money Laundering, the Financing of Terrorism, the Proliferation of Weapons of Mass Destruction and Corruption, which will meet for the first time on 3rd February under the chairmanship of the Minister of State, Pierre Dartout,” said the government.

The new mechanism voted Monday evening reinforces the capacity of justice to confiscate capital that it finds to be fraudulent in origin. It also widens the scope of application of offences relating to payment instruments, insofar as it can sanction a fraudulent transfer, not only money or monetary in value, but also virtual currency.

The legislation also specifies some of the obligations that are incumbent on professionals subject to the fight against money laundering, particularly in the presence of atypical transactions.

Meanwhile, “the list of subject professionals has been supplemented following the conclusions of the National Risk Assessment (ENR2), with the aim of finding the right balance between the efficient apprehension of risks and the preservation of the attractiveness of Monaco,” added the government.