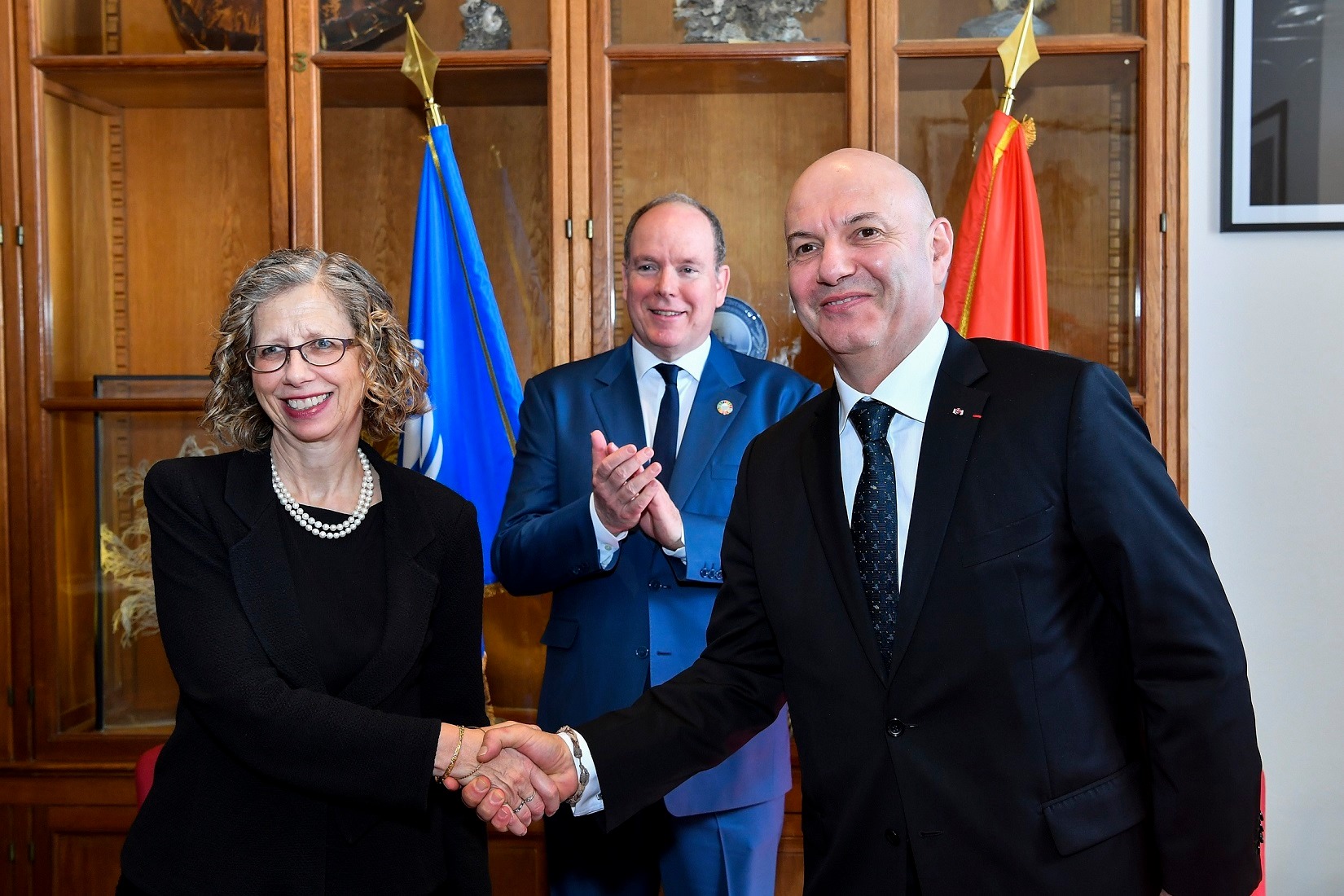 The Prince’s Government has consolidated its strategic relationship with the United Nations Environment Program in the fight against plastic pollution.
An awarding ceremony by the European Commission to the United Nations Environment Program (P.N.U.E.) campaign ‘Aquariums of the world against plastics’ was held on Tuesday 3rd March at the Oceanographic Museum of Monaco.
In the presence of H.S.H Prince Albert, Monaco’s Minister for External Relations and Cooperation Laurent Anselmi signed a framework cooperation agreement with Inger Andersen, Executive Director of the P.N.U.E.
Given the importance of the environment in the Principality’s foreign relations policy, the Prince’s Government wanted to strengthen institutional dialogue and strategic collaboration with this program, which is authoritative on the international scene in environmental matters.
The agreement also aims to consolidate the various financial contributions paid by the Principality to the P.N.U.E., in particular in favour of its activities to combat marine plastic pollution and sustainable management of coral reefs.