Three countries took key actions on Monday, September 18, to strengthen nuclear safety and security, the Monaco-based International Atomic Energy Agency said. On the margins of the IAEA General Conference, Bolivia, Monaco and Syria each deposited a legal document related to treaties under the IAEA’s auspices.

“I am very pleased that this Treaty Event provides an opportunity for countries to present instruments expressing consent to be bound by these important treaties,” said IAEA Director General Yukiya Amano at the event.

“Universal implementation of the amended Convention will help to ensure that nuclear material and facilities throughout the world are properly protected against malicious acts by terrorists,” Mr Amano said.

Isabelle Berro Amadeï, Permanent Representative of Monaco to the IAEA, deposited the instrument of acceptance of the CPPNM Amendment on behalf of her country.

During this year’s Treaty Event, representatives from several Member States were also briefed on the treaties featured at the Event, including on their implementation.

“Ratifying these treaties is important for Member States, but even more vital is their implementation, for which the IAEA stands ready to help,” Mr Amano said in conclusion.

Local News Cassandra Tanti - March 24, 2021
Prince Albert and Pierre Casiraghi have welcomed Boris Herrmann back to Monaco where the German sailor is sharing his tales of completing the gruelling Vendée Globe solo race. 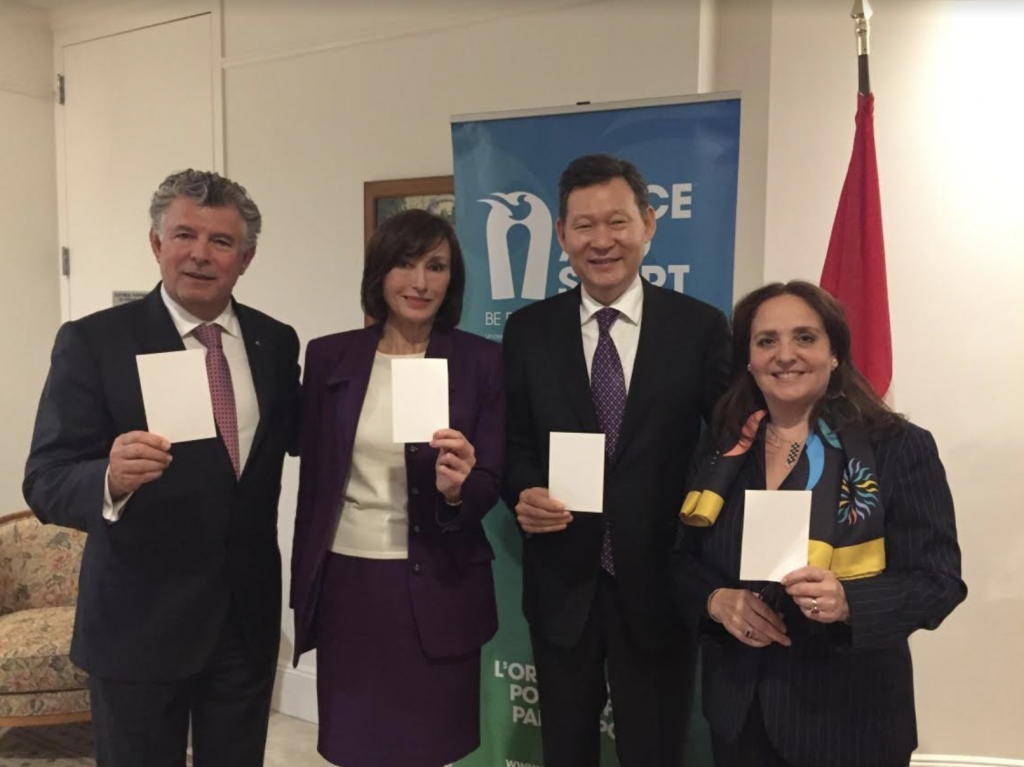 On March 28 the Permanent Mission of Monaco to the United Nations in New York celebrated, in collaboration with Peace and Sport, the Fourth International Sports Day for Development and Peace. Several Olympic tennis and Taekwondo champions demonstrated a number of sports at the United Nations Headquarters. Among them: the gold medalist at the Olympic Games (London 2012 and Rio 2016) and Vice-World Champion, Jade Jones of Great Britain and Northern Ireland; Talh Lebovitz, Paralympic Table Tennis Champion, and Maria ToorpakaI, Pakistan Squash Champion in 2012 and Peace and Sport Peace Champion, and Skylar Park, Junior World Champion of Canada. Fun workshops were held with children from New York clubs. The Permanent Mission of Monaco offered a luncheon with representatives from Slovenia, Canada, Tunisia, Morocco, the United States, Russia, China, France and representatives of various sports federations. This event provided an opportunity to raise awareness of sport in the diplomatic world and the UN, which has a positive impact on people from different backgrounds and cultures. Emphasis was also placed on the importance of appropriate strategies for people living In post-conflict and developing countries. This day ended with a photo of all the participants holding the #WhiteCard #IDSDP2017.