Monaco take it to a battle-to-the-death in Greece

Monaco take it to a battle-to-the-death in Greece 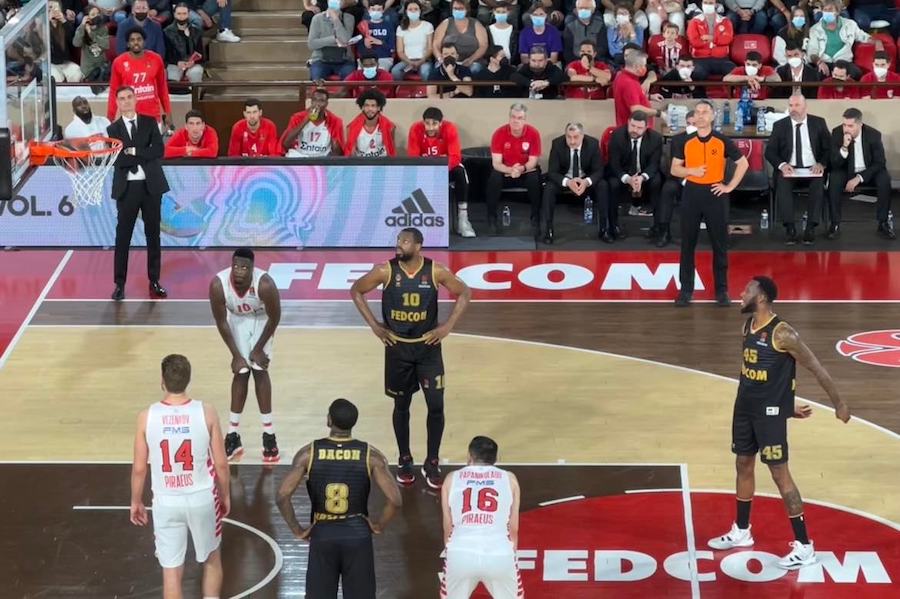 A phenomenal late victory for the Roca Team against Olympiacos (78-77) on Friday takes the five-game-tie to a final battle in Athens next week.

Little has separated the two sides, who have matched each other blow-for-blow during these first four legs. A sizable Roca Team defeat in the first leg (71-54) gave rise to false allusions of a one-way contest, Monaco, having qualified for the Euroleague next season, had lost their fight.

Nothing could be further from the truth, and having fought back in the second match, two tight matches at the Salle Gaston Medecin will see both sides head back to the Peace and Friendship Stadium in Greece to settle the tie once and for all.

Still playing the role of the plucky underdog, Sasa Obradoivc is relying on intangible qualities as well as technical and tactical ability to pull off the coup, in a match-up that, in discourse at least, is being set-up as an almost “David v Goliath” tie.

“I still count on our energy, on our big heart, but sometimes you have to put your heart away and play with purpose. Olympiacos knows how to work certain situations better, but we need to work on it,” said Obradoivc post-match.

To take it to a fifth match, Monaco first prevailed in what Olympiacos manager Georgios Bartzokas described as a “typical dogfight”.

The game played out not so dissimilarly to Wednesday’s tie. Olympiacos had the ability to pull away from their valiant opponents, but Monaco with their “big heart” always came back, even when the gap was sizable, and the Greeks were in the ascendency.

There were some good omens early-on, as the big stars of the Roca Team did what they do best. Mike James pulled the strings, Donta Hall was finding space under the board, whilst Will Thomas was an omnipresent figure on the court in both offence and defence.

Olympiacos, however, managed to ruffle the Monegasque’s feathers and limited them to a mere single three-point attempt in the first-quarter, which wasn’t converted. Olympiacos upped the tempo at the start of the second to grow a gap of eight points mid-way through the quarter (32-40), only to be reeled back in. The Greeks did nonetheless go into the break with a slender advantage (38-42).

Olympiacos’ grip of the match loosened in the third-quarter, and as they lost their range, Monaco cashed in. A Mike James two-pointer, whilst drawing a foul got everyone off their seat, including legendary basketballer Kevin Durant, who was in attendance for the special night. The momentum had clearly shifted, Monaco had turned the match on its head, and having taken the lead, they only needed to hold it.

The four-point lead going into the final-quarter was notable, but far from definitive, and the nerves of the occasion showed in the stands, but certainly not on the court. The experienced Greek stalwarts drew back to parity, before taking the lead (76-77) with less than two minutes on the clock. A Dwayne Bacon two-pointer and a Hall interception once again turned the game in the Monegasques favour with 30 seconds to go to keep their European dream alive.

It all came down to the last play. Bacon’s two-pointer didn’t find the hoop, giving Kostas Sloukas the opportunity to kill the tie, but he couldn’t convert, the court erupting as Monaco lived to fight another day (78-77).

Post-match, Roca player Yakuba Outtara revealed he was relishing his side’s underdog tag. “I think they’ll tremble (Olympiacos),” he said with a smirk on his face. “They’re in more of a fearful position, we have nothing to lose.”

Growing into their role as David, Monaco will have the chance to slay Goliath on Wednesday and pull off a legendary Euroleague shock in what will be a battle-to-the-death in Athens. 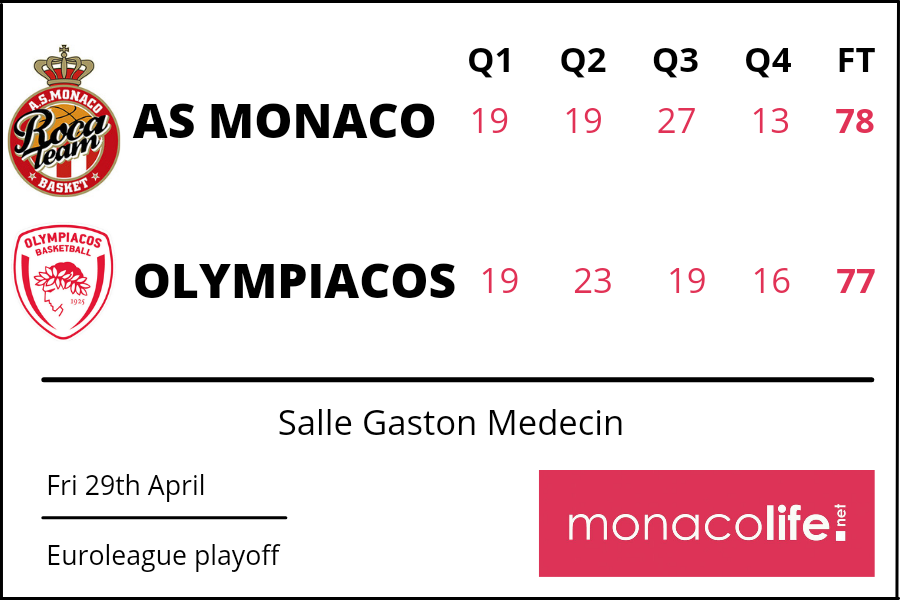