Monaco has been elected to the Presidency of the Eutelsat-IGO Assembly of Parties at the 40th meeting of Eutelsat, which took place in Paris on March 15 and 16.

Frédéric Labarrère, First Counsellor at the Embassy of Monaco in France, currently Vice Chair, was elected by acclamation as President of the Assembly of Parties. Serbia was elected as Vice-President. The term of office is two years.

During the Assembly many issues were discussed, including those relating to the use of radio frequencies assigned to Eutelsat-IGO, deliberate programme interference transmitted by satellite and protection of the C-band for the fixed-satellite service.

Participation of Eutelsat-IGO in the activities of the UN Committee on the Peaceful Uses of Outer Space, the Broadband Commission for Sustainable Development, and the International Telecommunication Union and its relations with other intergovernmental satellite organisations were also talked about.

The Eutelsat Intergovernmental Organisation, now known as Eutelsat-IGO, has 49 member states. Founded in 1977, it set up the first telecommunications satellite system in Europe. In 2001, the organisation created Eutelsat SA, a satellite operator, to which it transferred its activities while continuing to ensure that the company complied with certain agreed commitments vis-à-vis the Eutelsat Member States. 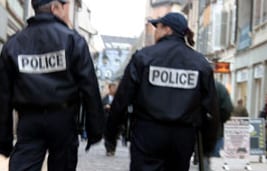 Security at French schools has been enhanced for the start of the new school year. Despite limited resources, the government has placed a priority on protecting schoolchildren and teachers from the threat of terrorist attacks.

Providing extra security had become the number-one priority for school principals as pupils went back to school on Thursday, September 1, and 3,000 gendarmerie reservists were deployed for the day. However, the exercise was a one-day wonder, staged in part to put parents minds at ease after the recent atrocities in France, including the Bastille Day attack in Nice that cost the lives of 86 people, including many children.

A number of parents asked if this show of force would last longer, but manpower constraints will mean that mobile patrols will take its place. Future efforts will concentrate on identifying and securing suspect vehicles found parked near school entrances, installing security video-phones at entrances, and possibly gates that scan for metallic materials.