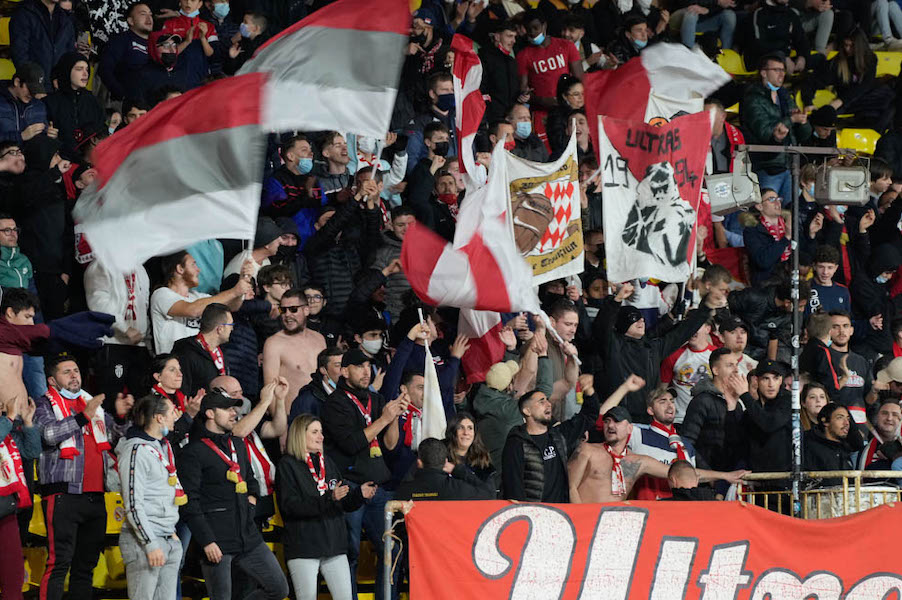 Monaco’s first-half siege on the Lyon goal secured a dominant 2-0 victory on Saturday, the team reaching the top four in Ligue 1 on a memorable night at the Stade Louis II.

An exemption allowed up to 8,000 fans into the Stade Louis II and those in attendance didn’t waste any time making themselves heard or in fact seen. The arrival of the players was greeted with the unfurling of a huge tifosi and a pyrotechnic display amongst a carnival atmosphere.

Supporters didn’t even have time to settle into their seats before Monaco hit the front, a resurgent Jean Lucas latching onto a Wissam Ben Yedder cross to nod in against his former employers.

A Lyon side lacking in any attacking creativity in the first-half had to endure an onslaught on their goal, keeping the deficit to a minimum. Gelson Martins, Kevin Volland and Jean Lucas all had glorious chances to double the score. As Philippe Clement stated post-match, the score-line could have looked more emphatic at the break. “We could have led by 3 or 4-0 at the break,” he said.

If more chances had fallen to the prolific Ben Yedder, that could well have been the case. However, the Frenchman would get his chance mid-way through the first-half, and he made no mistake. Playing on the last-man of Lyon’s incomprehensibly high-line, he latched onto a well-weighted Sofiane Diop pass and slotted past the keeper into the far corner, via a nick off the post.

Lyon didn’t live up to their billing in the opening period, the line-up looked strong on paper, but left a lot to be desired in reality. It was therefore no surprise that Peter Bosz rang the changes at the break, bringing on new signings Tanguy N’dombele, Mathis Cherki and former Monaco man Romain Faivre.

The changes failed to inspire. Clement’s men provided a masterclass in game-management, their aggressive defending and solid structure restricting Lyon to half-chances and shots from range. Time drifted in the second-half as the game lulled, the lack of on-pitch excitement didn’t quieten the Ultras behind the goal however, who remained in good voice until the end, growing in confidence as their side neared a vital victory.

The full-time whistle was merciful for Lyon, putting them out of their misery, and confirming what had already been long-since established. Monaco, meanwhile, revelled in their surprisingly comfortable win against their rivals for the Champions League places, taking the opportunity to celebrate with the fans. 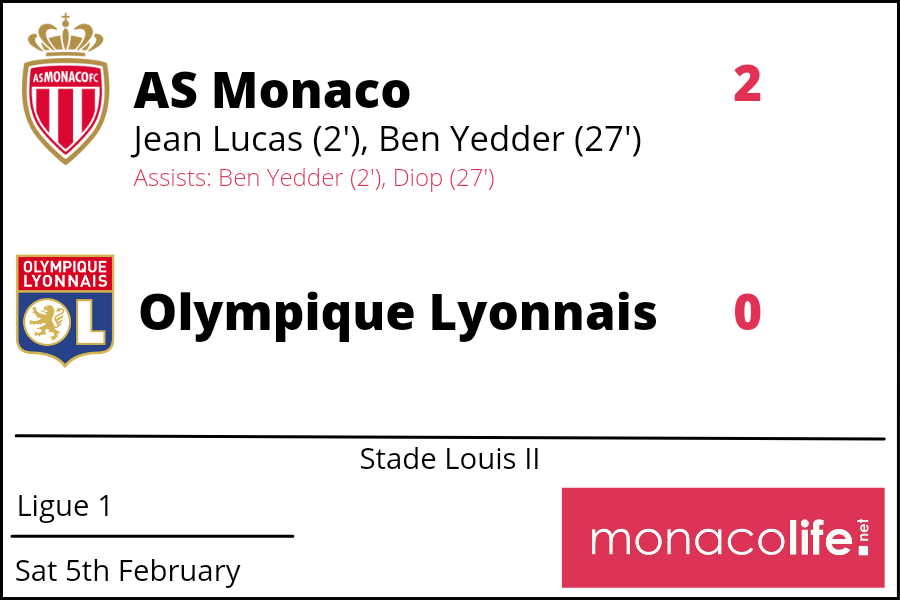 Clement refused to get carried away with the occasion post-match, stating, “I am happy with the progression of my team, even if it wasn’t a perfect match. It is an important victory.” The Belgian coach told Monaco Life that he was impressed with his side’s aggression: “It was a positive aggression. It is the basis of football, being aggressive and winning duels. If you don’t win duels, you don’t win matches.”

Monaco will need to take that aggression and drive into their next fixture against a Ligue 2 side in Amiens, who will be up for the fight as they visit the Stade Louis II on Tuesday for a Coupe de France quarter-final clash.