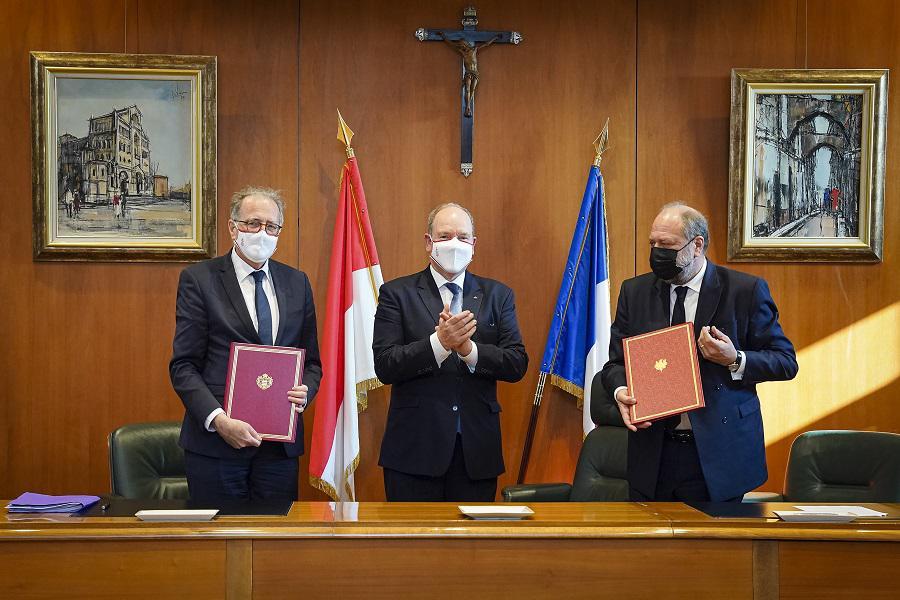 France and Monaco have strengthened their partnership in the fight against terrorism with a new pact that will lead to fast, coordinated investigations involving both countries.
On 26th March in the presence of Prince Albert, Monaco and France signed a Memorandum of Understanding on the fight against terrorism, further intensifying judicial cooperation in criminal matters and developing technical cooperation between the two countries.
The aim is to ensure that mutual legal assistance is as broad as possible in any procedure for criminal offenses related to terrorism.
Specifically, the MOU allows for the implementation of rapid, coordinated and harmonised investigations. This will result in the pooling of human, legal and material resources, the sharing of information in a simplified and direct framework of mutual assistance between the Monegasque judicial authorities and the French national anti-terrorist prosecution, and the coordination of possible prosecutions in respect of the criminal procedure provisions of each of the countries.
“This is an important step forward in the fight against terrorism which potentially spares no European country,” said Secretary of State for Justice Robert Gelli. “Over the past five years, our neighbouring city and friend, Nice, has been a victim on two occasions. Determined, coordinated action by our judicial institutions undoubtedly strengthens the effectiveness of the criminal response to the terrorist threat.”
If any terrorist attack were to happen on Monegasque territory, the two countries will create a joint investigation team as soon as possible. It means that France will provide the services of its National Antiterrorist Prosecutor’s Office and their expertise with regards to the law and the direction of the investigation.
France’s Minister of Justice Eric Dupond-Moretti also welcomed the agreement, saying that it will “facilitate the widest and most effective criminal assistance possible between France and Monaco in the fight against terrorism. The technical support of the National Antiterrorism Prosecutor’s Office and the creation of joint investigation teams will allow Monaco, in the event of a terrorist attack, to benefit from France’s extensive technical expertise for the benefit of the investigation and the victims. In view of the close ties between the two countries, this solidarity is as natural as it is essential.”
The latest MOU follows previous conventions between the two countries, including one on mutual legal assistance in criminal matters signed in Paris in 2005.