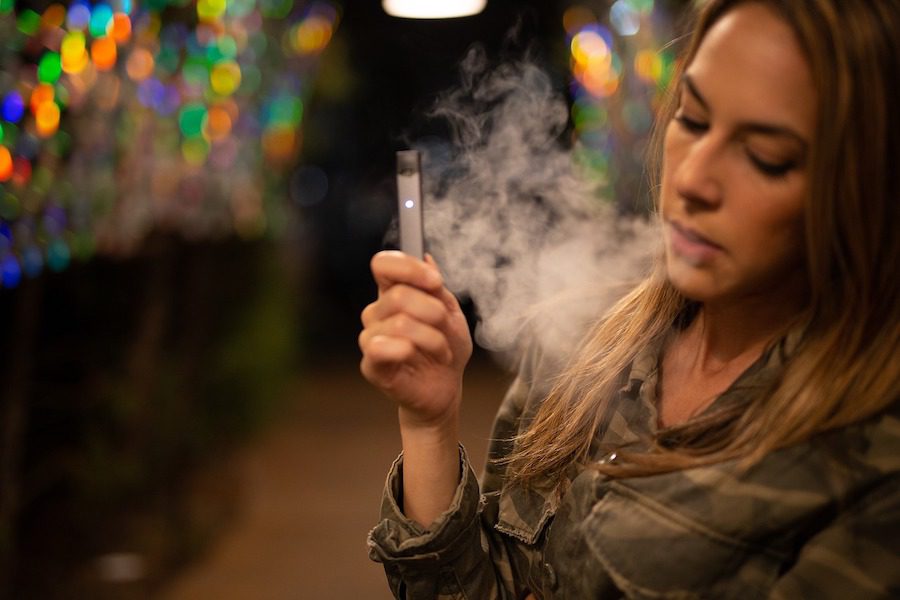 IMSEE has published a report on substance use among teens and it shows that, despite a decline in tabacco use, vaping, cannabis and sports betting remain problematic in Monaco.

The European School Survey Project on Alcohol and Other Drugs (ESPAD) and the Monegasque Institute of Statistics and Economic Studies (IMSEE) have completed complementary studies looking at consumption of psychoactive products and other habits, such as tobacco usage, social media participation and gambling, in 16-year-olds in 35 European countries, and for IMSEE, specifically in Monaco.

The ESPAD report was based on studies conducted in 2019, and the IMSEE follow up was done in 2020.

The report, for the most part, found that school children 16-years of age in Monaco exhibited a decline in most consumption indicators based on previous years, notably when it came to the regular use of tobacco. But on the whole, they displayed levels that were above the European average. In the case of alcohol experimentation, vaping, cannabis use, sports betting for cash and social network usage, children in the Principality were well above average.

That being said, Monaco’s 16-year-olds are amongst the lowest in terms of daily cigarette smoking and heavy occasional alcoholism, also known as “binge drinking”.

The sample group in Monaco for the report consisted of 428 students.

With regard to experimentation and regular use of tobacco, the Principality has seen a steep drop since 2011 when experimentation was at 63% of those surveyed and regular use was at 38%. By 2019, those numbers decreased to 45% and 20% respectively, which coincide roughly with the European averages. Daily tobacco use has dropped from a 2011 high of 23% to 8% today, 2% below the European average.

E-cigarettes are a different story. 66% of boys and 60% of girls admitted to experimental vaping and 42% of boys and 41% of girls say they had used e-cigarettes during the course of the month they were interviewed, putting Monaco at the high end of the average.

The findings also revealed that Monaco’s 16-year-olds experimented with alcohol at a higher level than the rest of Europe with 89% saying they had tried it, versus 80% in Europe on the whole. Regular drinking was only slightly above the average with 54% against Europe’s 48%. Binge drinking though, is not as prevalent in Monaco as in most of the rest of Europe. Only six countries fared better in this category, while 27% of the kids surveyed said they drank this way in the month preceding the questionnaire.

Experimental cannabis smoking in Monaco amongst this age group was found to be only marginally higher than in other parts of Europe at 22% versus 16%. Regular marijuana smokers made up only 12% of those surveyed in the Principality, slightly above Europe’s 7%.

Children trying out drugs other than cannabis were quite a small proportion. Only 6% admitted to experimenting with other illegal substances, which is in line with the European average of 5%. That being said, the percentage of students at risk of becoming dependant on marijuana in Monaco are amongst the highest on the continent.

As far as gambling goes, Monaco’s kids are above average overall, but below in most specific areas such as slot machines, cards, dice games and lotteries. Monegasque 16-year-olds are generally betting on sports at a far higher proportion, though, with 54% saying they participate in this activity, as opposed to Europe’s 45%. They are roughly the same when it comes to internet gambling.

Not surprisingly, 97% of the Monaco students surveyed say they use social media every day for at least a half an hour. This went up to 99% during school holidays. Most European countries results were close to these figures, placing Monaco a bit artificially at the top of the list for usage.