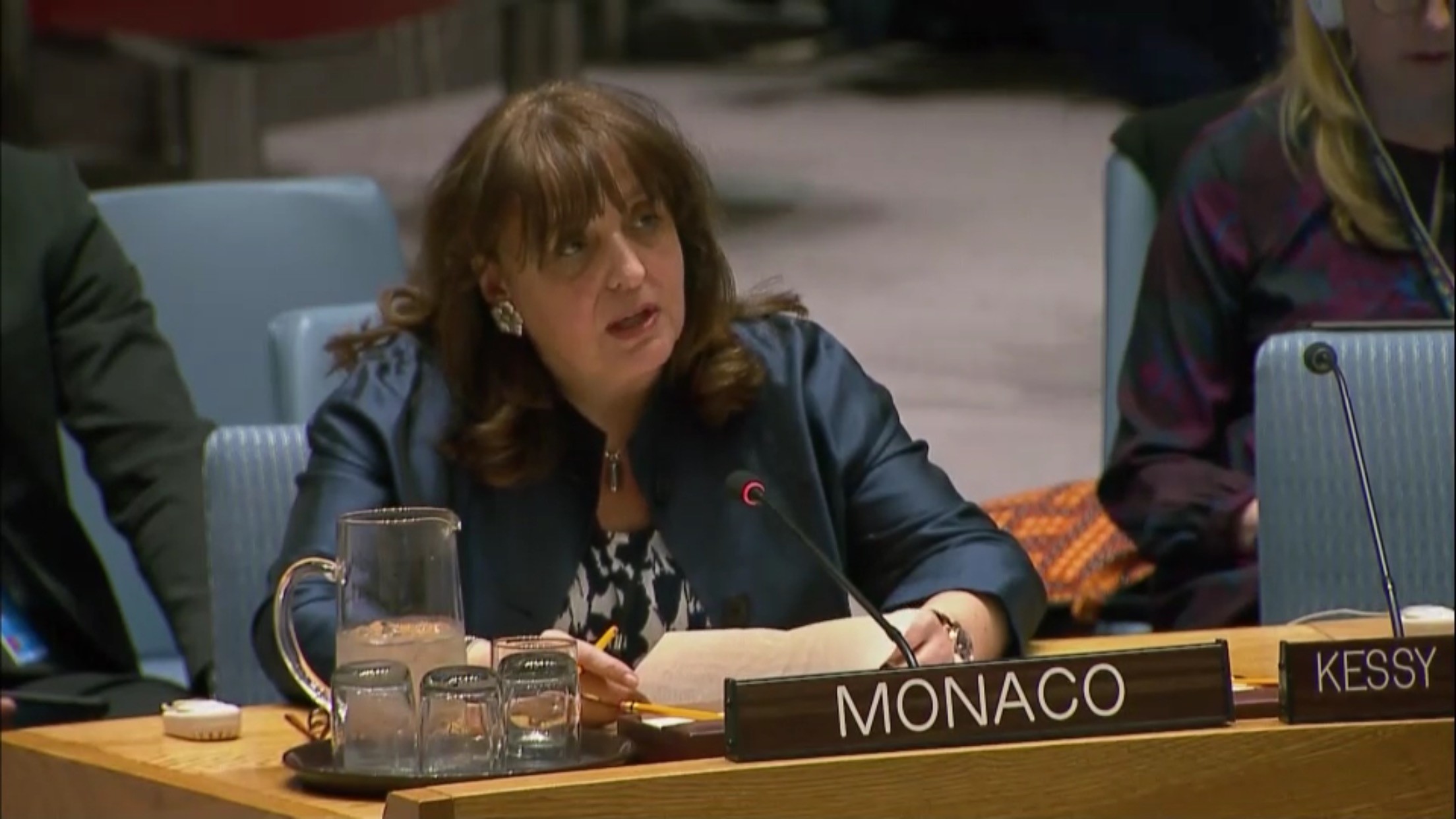 On Monday, April 23, HE Isabelle Picco, Ambassador and Permanent Representative of Monaco to the United Nations, addressed the Security Council during the debate on youth, peace and security. She championed the universal language of sport in the context of participation, protection, prevention and partnerships.

The Ambassador spoke of the work done by the organisation Peace and Sport, which since 2007 has supported programmes on five continents and benefits from a network of “champions for peace”.

She also welcomed the publication of the Simpson study, a striking insight into the long road that remains to be travelled in order to mobilise the tremendous wealth of the young, often victims of armed conflicts, who themselves are largely absent from peace and conflict resolution processes.

News Stephanie Horsman - April 1, 2020
The World Squash Federation annual general meeting will be held in Monaco for the first time in 2020.

Monaco has won a dramatic victory over Rennes at home, pulling them out of the relegation zone, avoiding an unsatisfactory tie and keeping hope alive.

The Red and Whites started second to the bottom of the Ligue 1 standings on Sunday, but an early goal in the third minute by Wissam Ben Yedder perked things up and set the stage for what turned out to be an exciting match.

Rennes followed up less than 10 minutes later with a goal by Faitout Maouassa evening the score. After a rollercoaster of a first half, which saw a thwarted goal due to an offside call on M’Baye Niang just before the break, Rennes came back strong and

Adrien Hunou gave them their second goal minutes into the second half.

Things weren’t looking great for Monaco at this point, until Leicester City loan Islam Slimani levelled the score with a spectacular goal in the 56th minute.

The game went into extra time and at three minutes in, Ben Yedder secured the win scoring the final goal of the game.

The win puts Monaco in 14th position and two points clear of the bottom three.