Monaco to hand out tons of free oranges

Monaco to hand out tons of free oranges 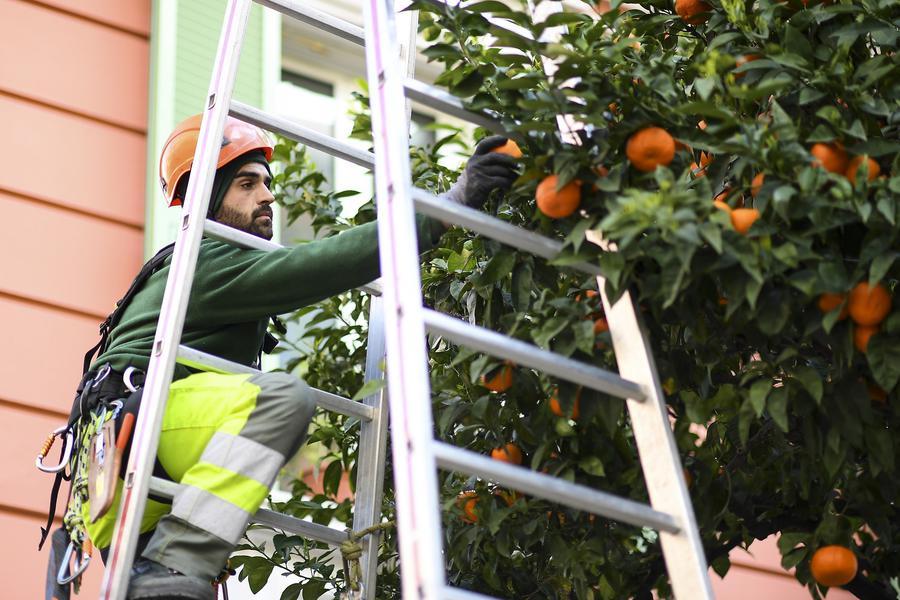 The Department of Urban Planning is doing its annual bitter orange tree pruning and will have about a ton of fresh oranges up for grabs to the populace free of charge in the coming weeks.

Monaco boasts about 700 citrus fruit trees lining the streets of the Principality. Of those, 500 are bitter orange, locally known as bigarades, and between January and February, gardeners from the Department of Urban Planning set themselves the task of pruning these trees meaning, literally, tons of fruit will be collected.

In Monaco, the trees can be found growing along streets in the Condamine, Moneghetti and Monte-Carlo. Gardeners will be hard at work pruning on specific dates in each neighbourhood. In the Condamine on Rue Grimaldi, they can be found from 9th to 21st January. Then they move to Boulevard de Belgique in Moneghetti from 17th to 28th January. Finally, they head to Monte-Carlo on Avenue de Grande Bretagne from 24th to 28thJanuary, and Boulevard d’Italie and Boulevard de Suisse from 31st January to 4th February.

Bitter oranges, which are a cross between mandarins and pomelos, are not the kind one uses in juice making or eating raw, but are ideal for sauces, marmalades and in cooking dishes such as duck a l’orange. They have also been employed as an appetite suppressant over the years, due to an active ingredient found in the orange called synephrine, and the essential oils from the rinds are used in perfume making.

For anyone interested in taking some of these pesticide free fruits home with them, the government says they simply need to ask the gardeners on site. Last year, one ton of the 11-ton haul of oranges were distributed to residents at no cost.