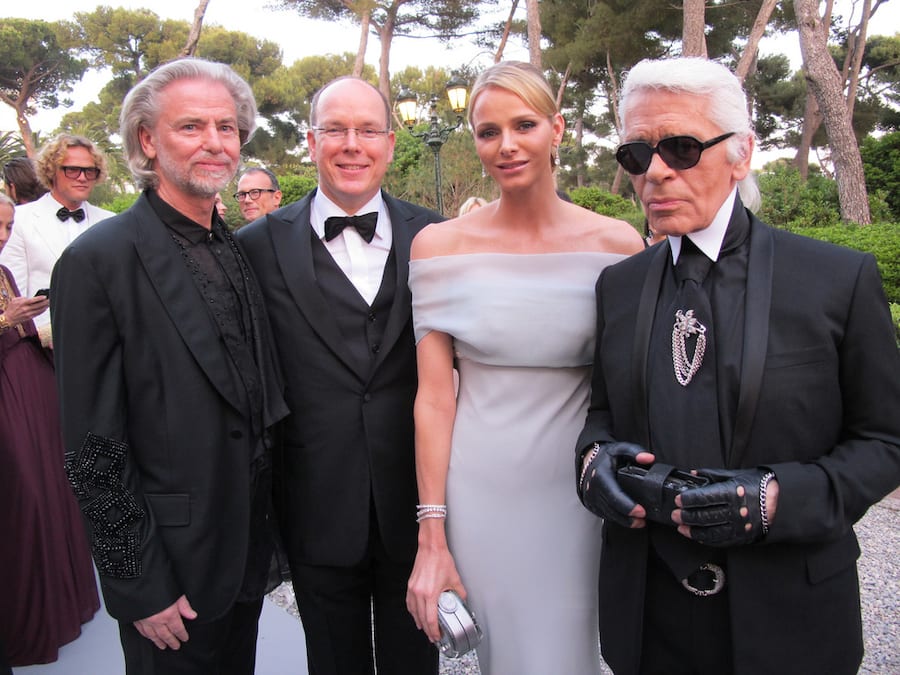 Karl Lagerfeld’s art and design collections are set to go under the hammer in the Principality of Monaco this autumn, two years after the legendary Chanel designer’s death.
Karl Lagerfeld, who died in February 2019 at the age of 85, was an avid, some say voracious, collector of art and design pieces. Now it has been announced that these pieces are going under the gavel at an auction to be held later this year in Monaco, a nod to the designer’s long-standing connection to both the Principality and to the sovereign family.
Sotheby’s was selected as the executors of Lagerfeld’s estate to auction his personal effects, and the house is keeping schtum about details of what this will include except to say there will be furniture, design and fine art up for grabs. The auction house estimates it will take two months to value the items from his eight homes in Monaco and France, and then it will set a date for the sales.
“The auction will pay tribute to this unique and exceptionally creative designer, a major figure in the worlds of fashion and art,” says Pierre Mothes, Vice-President of Sotheby’s France.
This isn’t the first time Lagerfeld has cleared house. Back in 2000, after stating he had tired of the Ancien Régime style he had previously fancied, he sold much of his art, furniture, tapestries and porcelain collection through Christie’s. A similar sale of Art Deco pieces went on sale in 2003 and raised nearly €7 million. No estimate has yet been made on what this auction is likely to raise.
“We are just starting with the inventory. In sales of collections of such major global personalities, the value of the objects is closely linked to their provenance,” Mothes told Reuters.
Sotheby’s has stated that it expects the auction to take place sometime in autumn this year.