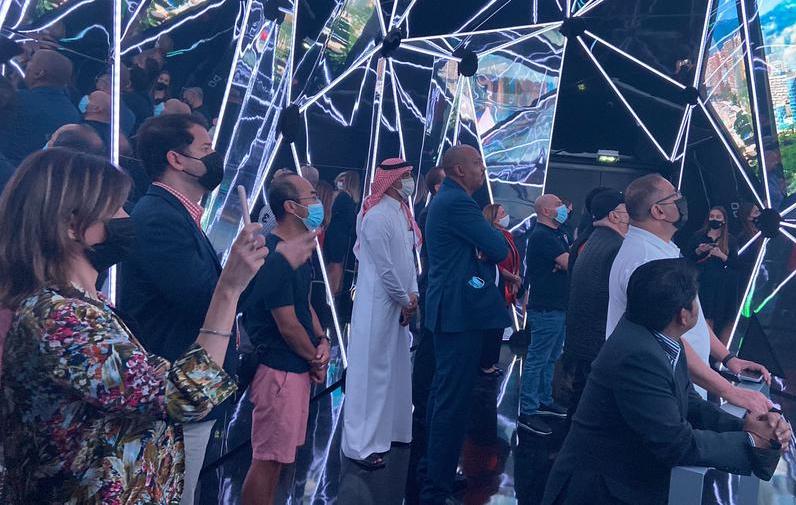 A new campaign from the Department of Tourism and Congress is aimed at bringing in travellers from the Middle East, highlighting the Principality’s five-star accommodations as well as the overall glamorous lifestyle.

Monaco has long been a destination for the rich and famous, but one market that has not been fully captured is those from the Middle East.

The Department of Tourism and Congress (DTC) hopes to change that with a new promotional campaign recently carried out in Dubai and Abu Dhabi aimed at a select group of tourism intermediaries from the Middle Eastern markets.

The Monaco Pavilion at the World Expo in Dubai has opened the door to a certain amount of interest from this market, giving people from this part of the world a glimpse of what life in Monaco is all about.

It was discovered that their impressions of the Principality and what they saw at the Expo were vastly different. This gave rise to the idea of a targeted campaign set up by Sandrine Camia, Deputy Director, and Laurence Aquilina, Development Officer, both of the Tourism Department.

The focus was on the five-star hotels on offer in Monaco, and with the help of representatives from SBM Monte-Carlo and the Hôtel Métropole Monte-Carlo, they were able to cast a glowing light on the offerings.

The DTC relied on the Escales group, well known on the Côte d’Azur, to bring together a group of high-level guests from Saudi Arabia, Qatar, Kuwait, Bahrain and the United Arab Emirates.

Participants ate in the VIP area of ​​the Monegasque Pavilion, and went on to extend their visit to Expo 2020 and benefitted from exclusive private visits to other pavilions.

The following day, the guests watched the Abu Dhabi Grand Prix at Amber Lounge where they were also treated to a personal meet and greet with former F1 pilot David Coulthard.

The outcome had the desired effect, with bookings for future stays already being reserved and ties with the Middle East strengthened. The DTC will continue to focus on this region in 2002 as a “priority market”.