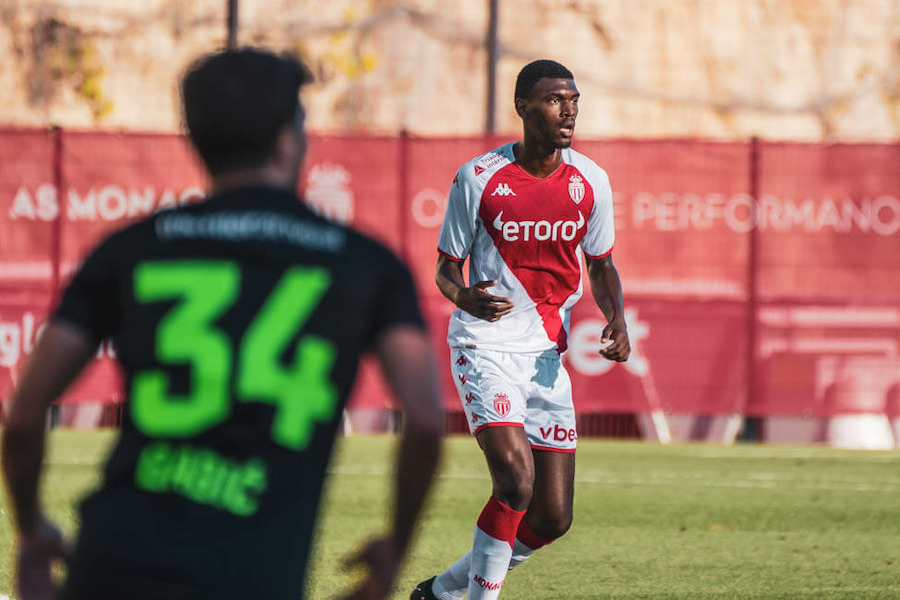 As the end of the transfer window approaches, AS Monaco are fine-tuning their squad for the season, which includes the outgoings of Chrislain Matsima and Harrison Marcelin on loan.

Philippe Clement had previously stated a desire to reduce the size of his squad. Although he highlighted that the need to sell and loan players isn’t as pressing as it is for many Ligue 1 rivals, such as PSG, he nonetheless stated a desire to work with a less bloated squad.

Having brought in Takumi Minamino, Breel Embolo, Thomas Didillon, Malang Sarr and Mohamed Camara, the focus, for now at least, is on balancing out those arrivals with some outgoings.

Chrislain Matsima last week moved on loan to Ligue 1 rivals Lorient. The deal includes a purchase option reported to be €10m, according to L’Équipe. The 20-year-old French centre-back has three-years remaining on his current deal at the Principality club.

Last season, he featured 13 times for the Monégasques having come through the ranks at the club. Overall for the club, he has made 24 appearances, whilst he is also a regular feature in the France U20 side.

Another young centre-back has also departed, which currently leaves Benoît Badiashile, Axel Disasi, Guillermo Máripan, Malang Sarr and Yllan Okou as Clement’s centre-back options. Harisson Marcelin has struggled with injuries at Monaco. He will be given the chance to work his way back to fitness, whilst earning game time at satellite club Cercle Brugge.

It will be the France U19 international’s second stint at the Belgian club, after he spent the 2020/21 at the club. During that spell, he made 20 appearances in the Jupiler Pro League, before a torn muscle fibre put an abrupt end to the loan spell.

There is no purchase option in the loan, so the hope for Monaco is that he accrues experience, builds back his fitness and returns to the Principality next summer. He joins fellow Monégasuqe Radoslaw Majecki, who also joined the Belgian top division side on loan this summer.

One player who isn’t making a move this summer is Vanderson. Despite only arriving in January, he has earned himself a one-year contract extension, due reward for his impressive start to life in the Principality.

The 21-year-old Brazilian’s contract now runs until June 2027. Last season, he made five goal contributions having arrived from Gremio in January for a reported €11m fee.

Speaking in a press release, Vanderson said, “It’s with great satisfaction that I extend my contract with AS Monaco for another season. At this club, I am very happy to have found an ambitious sporting project that offers me the possibility to continue my progression. I would like to thank AS Monaco for placing their trust in me and now it is up to me to continue to work hard in order to help the team in this season’s challenges.”

It remains to be season whether Monaco will dip back into the transfer window in order to further strengthen their squad. They have just under a week to do so with the window slamming shut on 1st September.