Monaco turn their fortune around

Monaco turn their fortune around 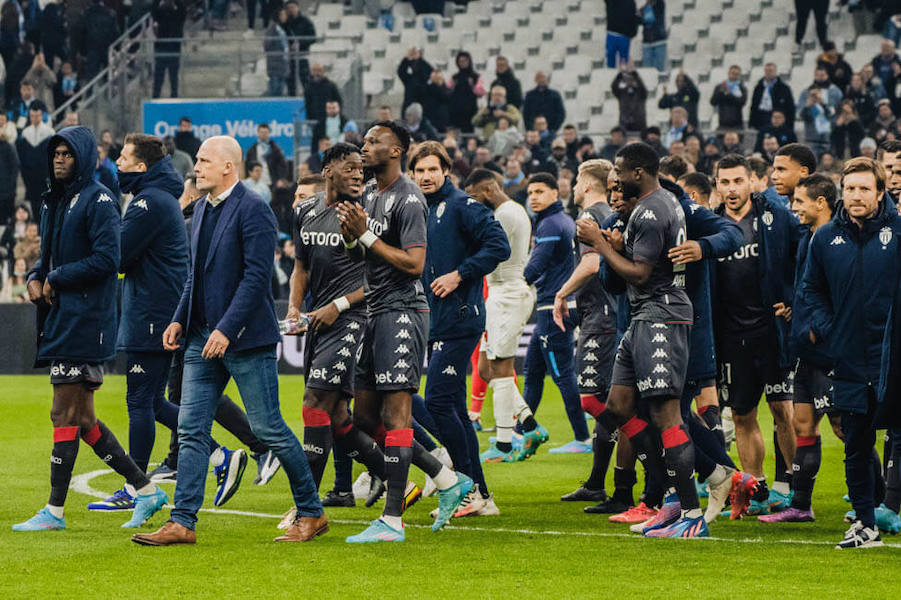 An underwhelming few weeks for Philippe Clement’s side came to an end on Sunday as his side turned up on the big stage to defeat Mediterranean rivals Marseille on their own turf (0-1).

The pre-match billing emphasised the importance of this clash of giants. It was not just any Mediterranean derby, the withering hopes and aspirations of a flailing Monaco side rested upon it.

Coming into the game in ninth, eight points off the Ligue 1 podium, this was a must-win game. That desperation for the three-points was not evident on the pitch however, in the first-half. Lining-up in an unfamiliar, slightly unusual 4-4-2, Monaco lacked any kind of attacking fluidity, struggling not only to create chances, but also simply to maintain possession.

As a result, Clement’s side found themselves under the cosh, Alexander Nubel was forced into action from a well-struck Valentin Rongier drive, whilst Dmitry Payet, the puppet master in the Marseille midfield, was an omnipresent threat. His drive from just outside the box only narrowly sailed over the bar, whilst his incisive passing caused problems for Monaco’s compact defence.

Both sides would have felt aggrieved by the intervention, or lack thereof of VAR before the break. Arkadiusz Milik was clipped by the returning Benoit Badiashile in the box, but VAR agreed with the referee’s decision not to give a penalty.

Minutes later, and even more controversially, Jean Lucas’ goal was ruled out by the raised flag of the linesman, a decision validated by the VAR. Replays, however, showed just how tight the call was, only a matter of centimetres preventing Monaco from taking an undeserved lead.

Following an underwhelming first-half, Clement called for a change of attitude from his players during the half-time break. “In the first-half, my players showed a bit too much respect to Marseille. I wasn’t angry with my players, I just wanted to see a bit more confidence on their part.”

And that is exactly what he got. The difference in his side’s performance was as clear as night and day as Monaco wrestled control of the game from their Mediterranean rivals. Monaco soon earnt their reward. Wissam Ben Yedder’s delicious chipped through ball picked out Kevin Volland, whose shot hit the foot of the post. In previous weeks, luck had deserted the Principality side, but in a change of fortune, the ball came straight to Gelson Martins, who easily slotted home.

The lead was almost doubled seconds later, but Ben Yedder couldn’t get on the end of Volland’s blazed cross. Monaco would have to dig deep in the closing stages, Axel Disasi and Vanderson were particularly impressive in their defensive efforts, the former celebrating clearances like goals.

Monaco held on to register their fifth clean sheet since Clement’s arrival. More importantly, however, was the three points which moved Monaco to eighth position and to within six points of their defeated opponent in third. It may be a long-shot, but Monaco’s chances of Champions League football aren’t dead and buried just yet. The key will undoubtedly be finding a consistency that has proved elusive for large swathes of the season.

Post-match Clement said that, “This win will do us good going forward,” and if Monaco are to reach their objectives this season, then the momentum and confidence that such a win should bring, will have to quickly take effect. A Europa League double-header against Braga, as well as difficult league matches against Strasbourg and PSG in the next couple of weeks, will surely prove decisive in deciding whether those objectives are met or not.