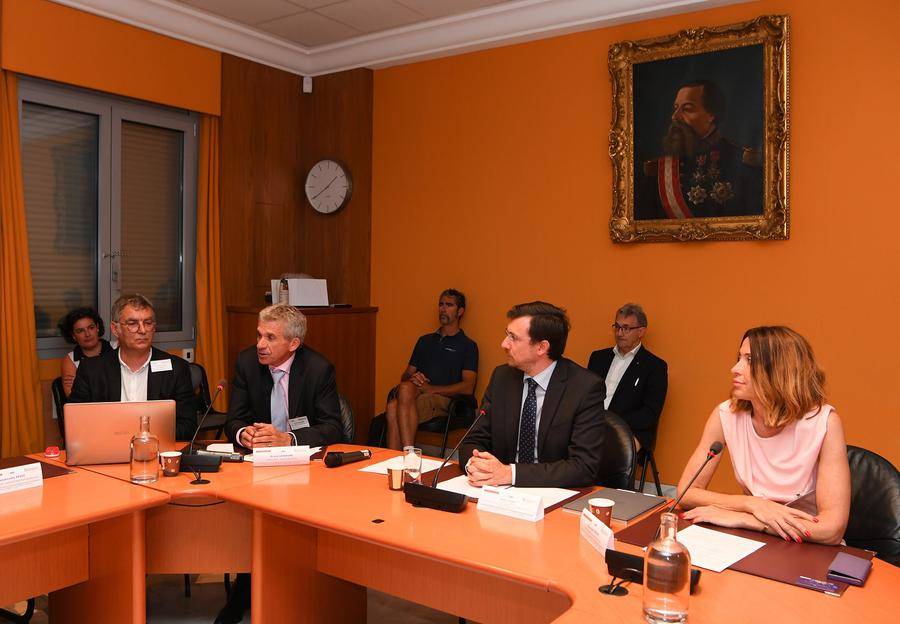 Monaco is the first Sovereign State to get on board with an innovative new unmanned aircraft management system. Called FlySafe, it will recognise and follow drone flights that have been authorised to fly in the Principality.

The unmanned traffic management system (UTM) will go online on 17th June, thus bringing Monegasque Civil Aviation officially into a digital age. A live “practice run” was organised on 3rd June to take a package by drone from Monaco’s Heliport to a ship in the port of Cap d’Ail. In attendance were a number of Monegasque government officials as well as representatives from the International Civil Aviation Organisation, the French DGAC, the European Aviation Safety Agency and Eurocontrol.

“You know how much the Government is committed to the digital transformation of its ecosystem, well mobility is at the heart of our attractiveness and quality of life,” said Monaco’s Secretary General of the Department of Facilities, Environment and Urbanism Samy Touati during his speech.

“Drones, and other electric aircraft, are a turning point, an opportunity for our energy transition. There are so many reasons today to celebrate a project moving with these strategies, promoted by the Government of the Sovereign Prince. With this tool, we are preparing the future.”