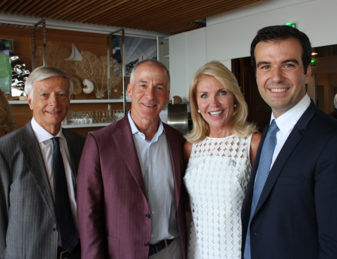 The first American National Day was held on the 4th of July at the Monaco Yacht Club. The event was hosted by Susan Feaster, Chairman of the Monaco US Celebrity Ryder Cup and Eric Brundage, Publisher of Monaco Life.

In addition to celebrating the Declaration of Independence, what Mr Brundage referred to as one of the greatest documents ever written about freedom and society, the luncheon served as the official kick-off of the 2018 Monaco US Celebrity Ryder Cup was, as Ms Feaster said, “a thank you from Team USA and the Cup organisers to the leadership of Monaco for their hospitality, generosity and support.” 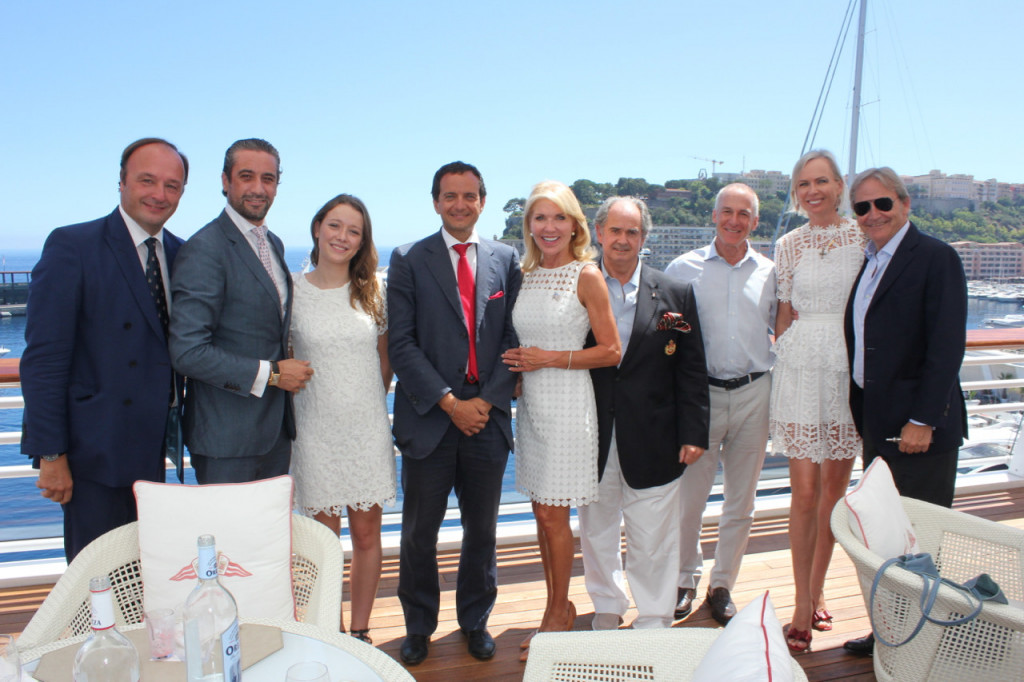 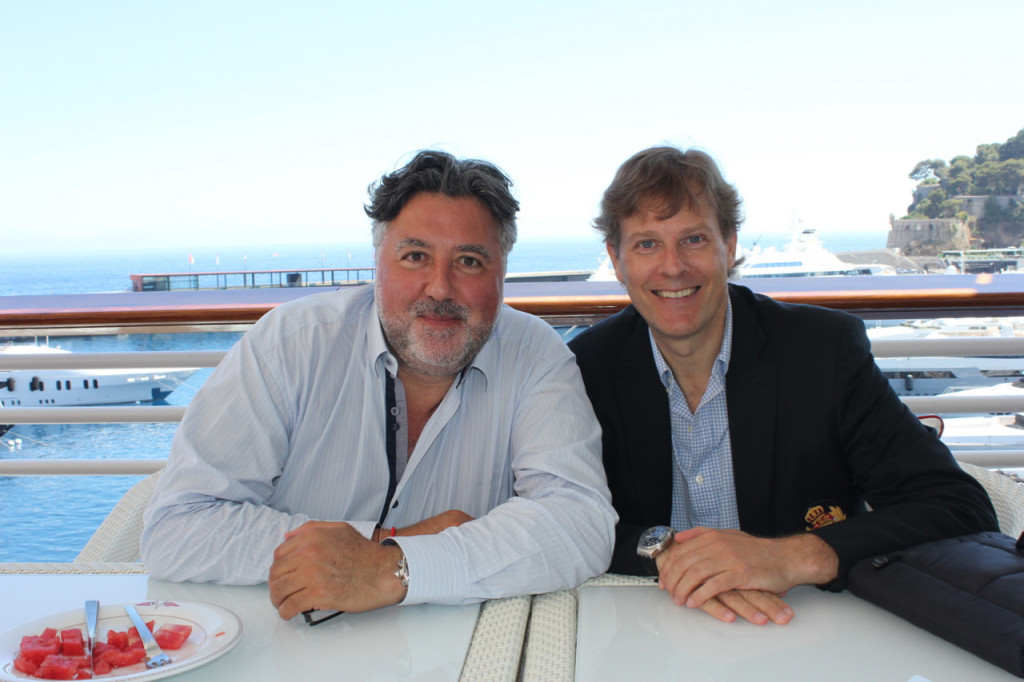 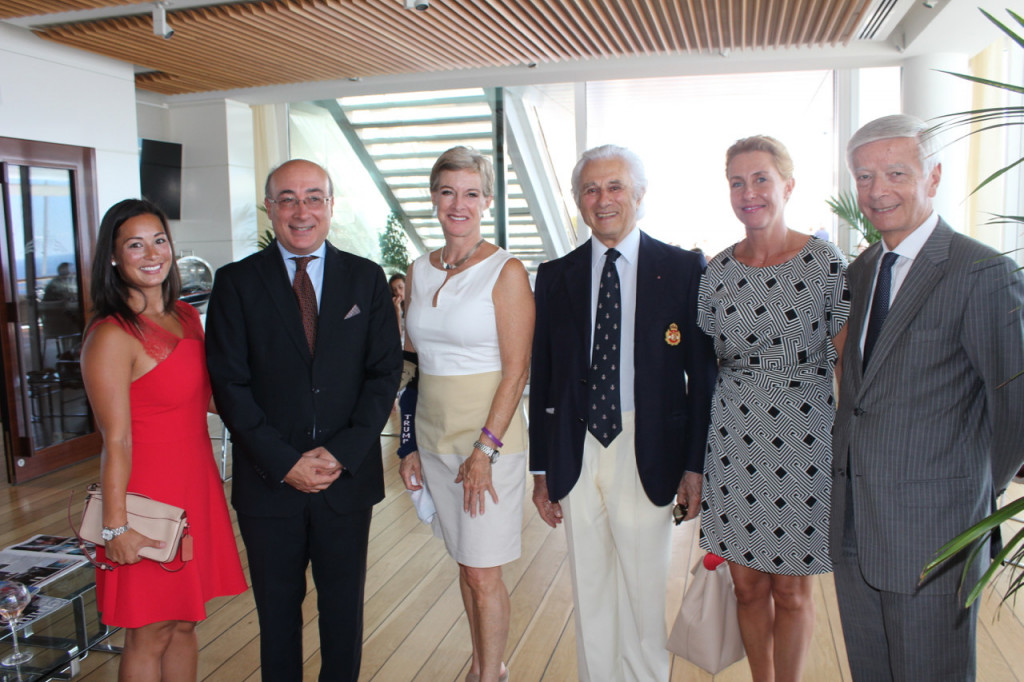 The 2018 Monaco US Celebrity Ryder Cup will be held June 15-17 at the Monte-Carlo Golf Club, and a Ryder Cup Pro Am will be played June 15.

The final Celebrity Ryder Cup match between Team USA, of which Prince Albert is the Honorary co-captain, and Team Europe Celebrities will be held June 16. An Awards Ceremony and Black Tie Gala will take place the following evening, on June 17, in the Yacht Club Ballroom.

Maitre Henry Rey, President of the Monte-Carlo Golf Club, will be honoured at the 2018 Gala for his career and dedication to the success of the development of golf in Monaco.

A distinguished Life Time Achievement Award will be presented to Pascal Grizot, Chairman of Ryder Cup France 2018, by Prince Albert.

The proceeds of this charity event will benefit the Ryder Cup Trust for the development of golf for youth, beginners, seniors and the disabled. In addition, a “Green Golf” gift will be made to the Prince Albert II Foundation for environmentally enhanced golf course construction and sustainability.

Shane Heminway, founder of Monaco Star Events and playing for Team USA, has had the bragging rights of an unprecedented hole-in-one ever since.

To register as an amateur player and attend the 2018 Monaco US Celebrity Ryder Cup events, contact damiano@primegolf.academy 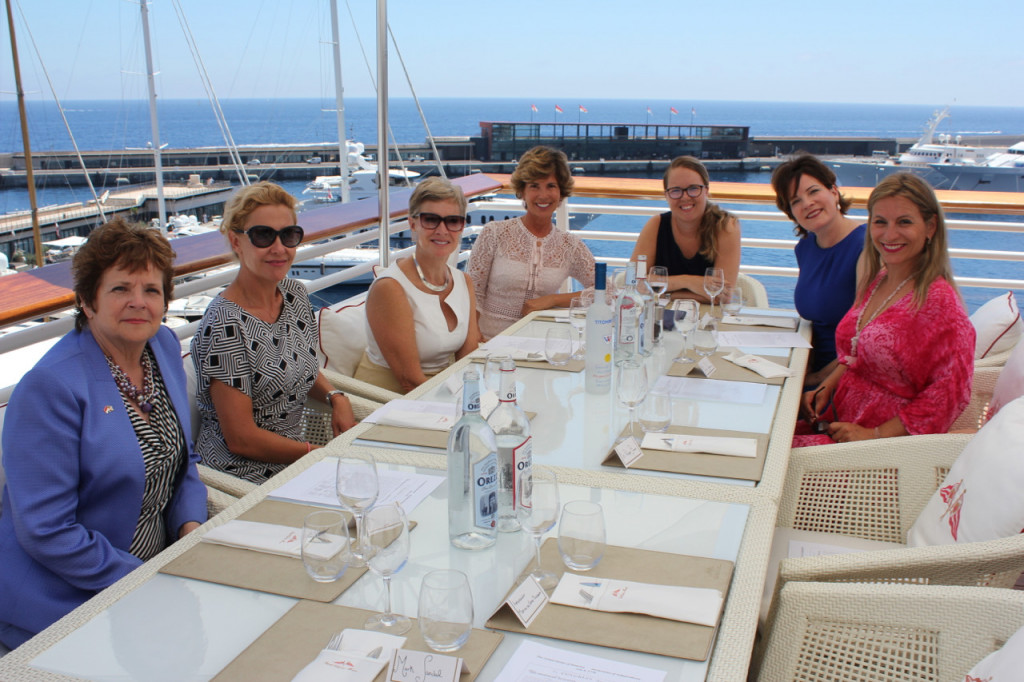 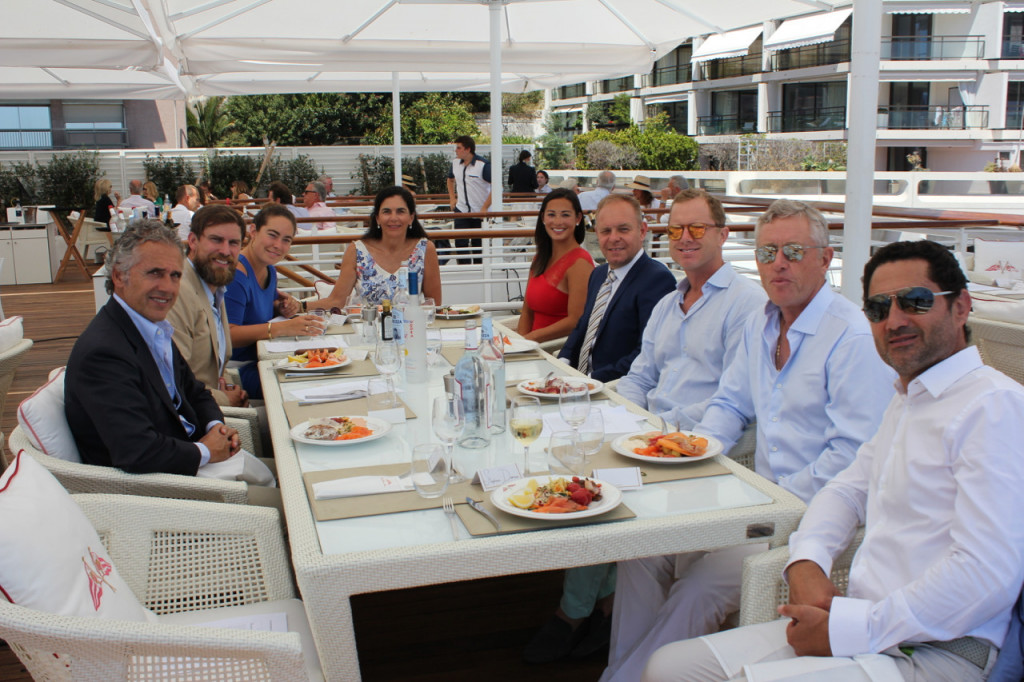 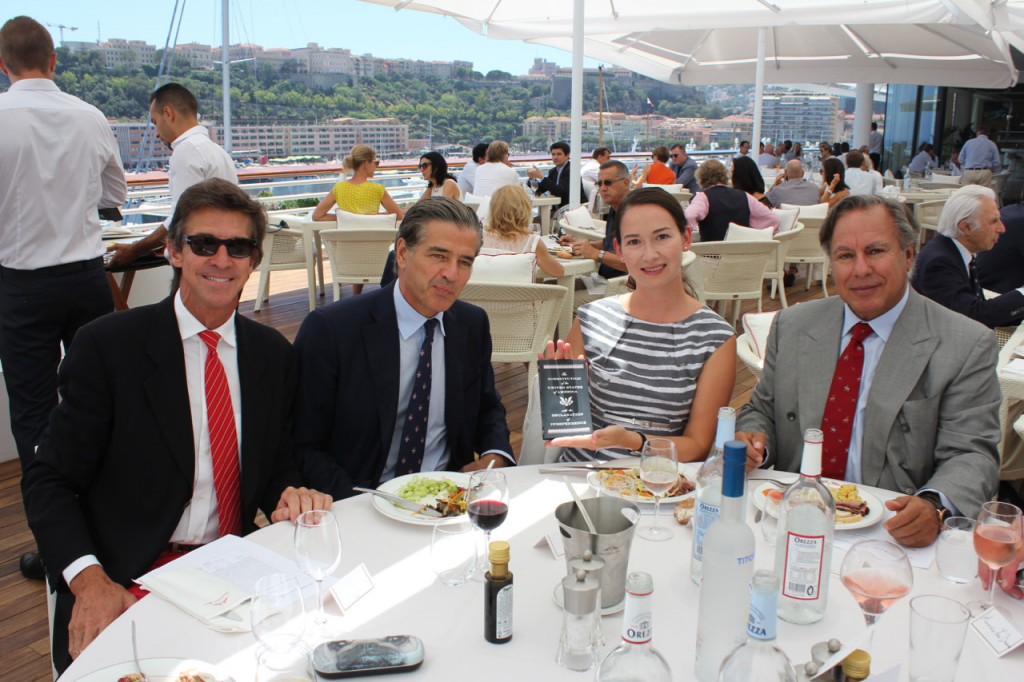 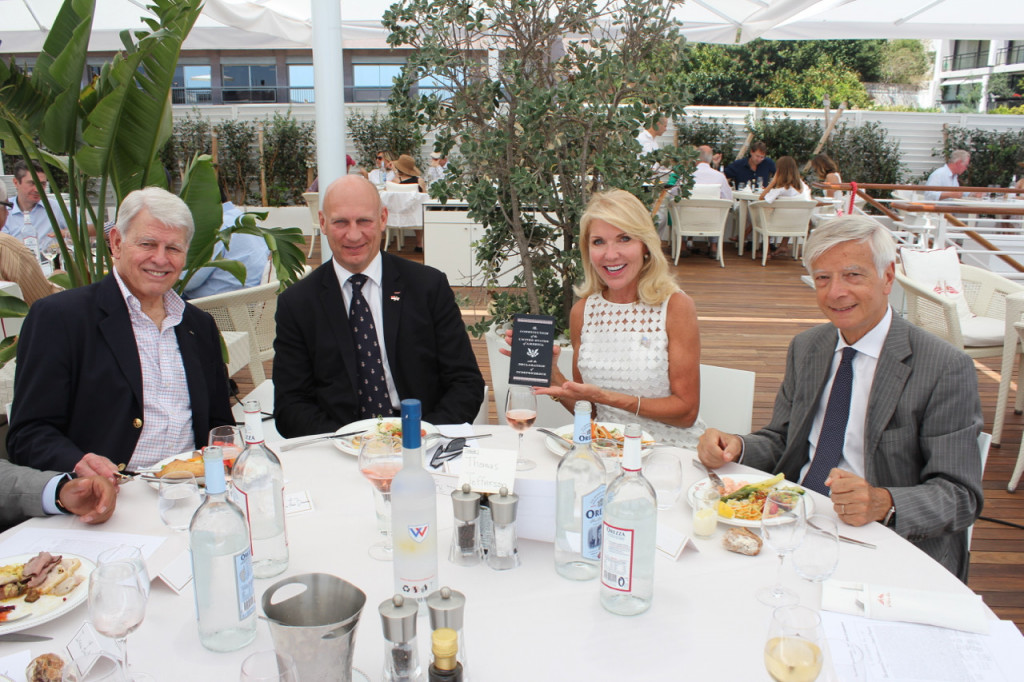 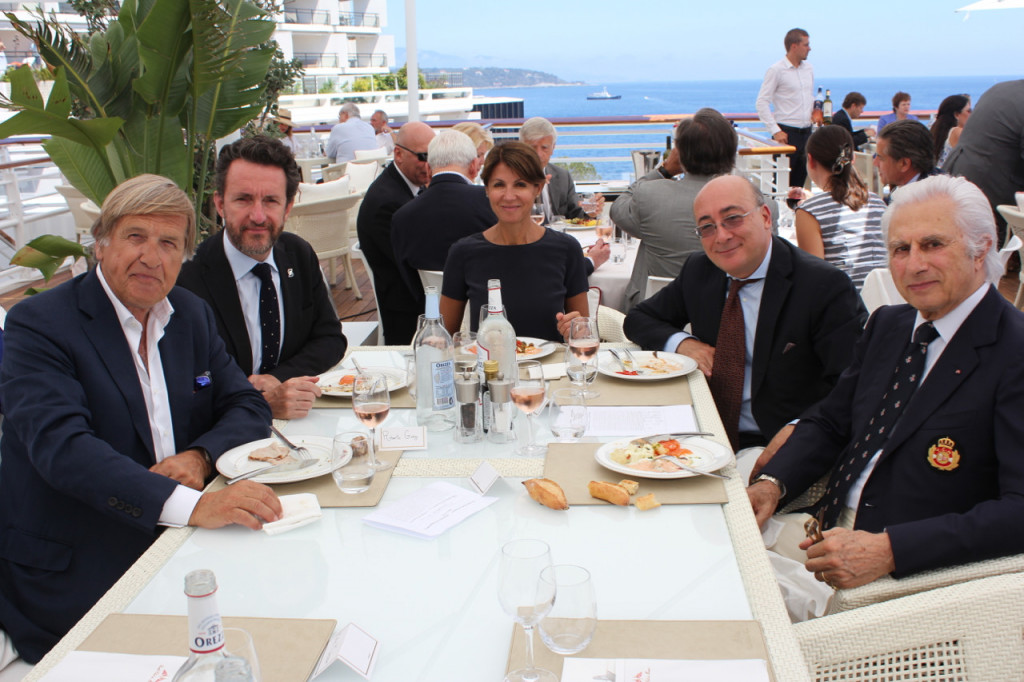 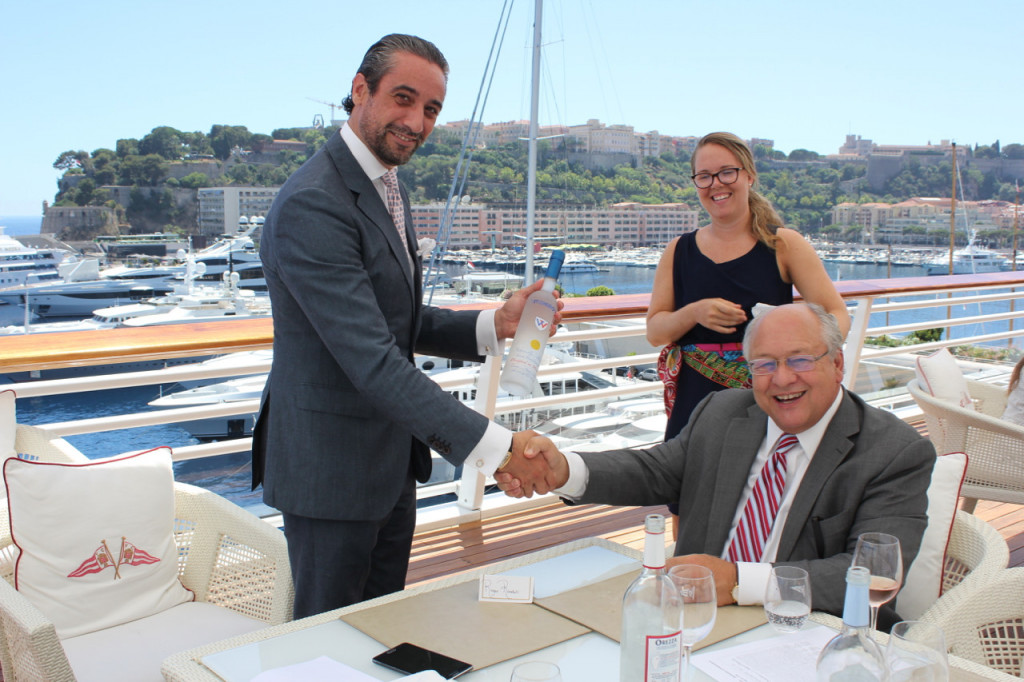 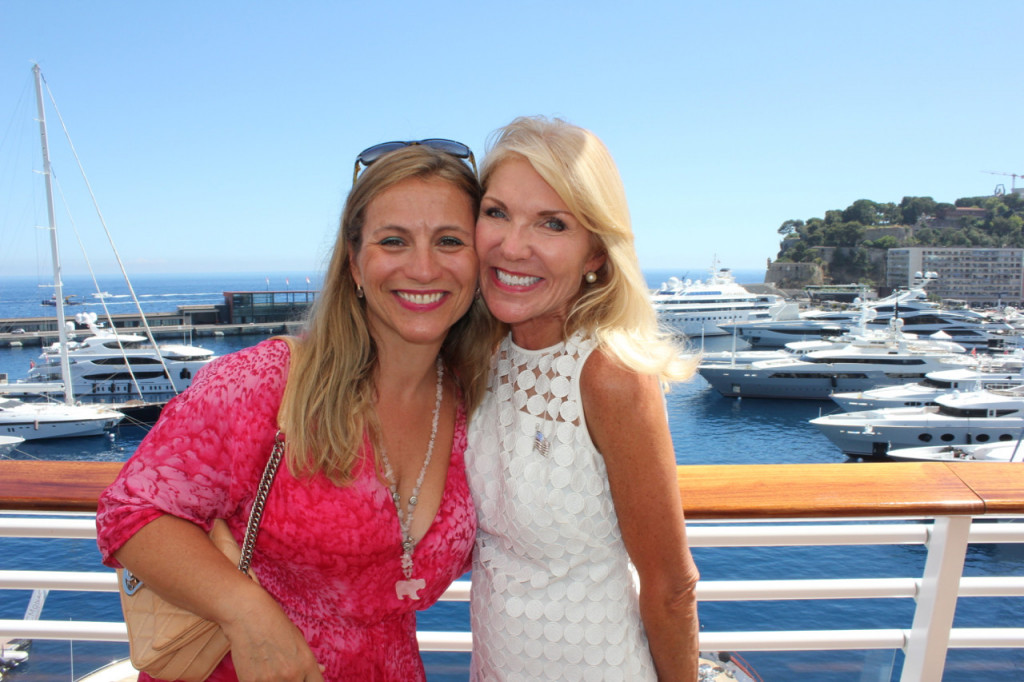 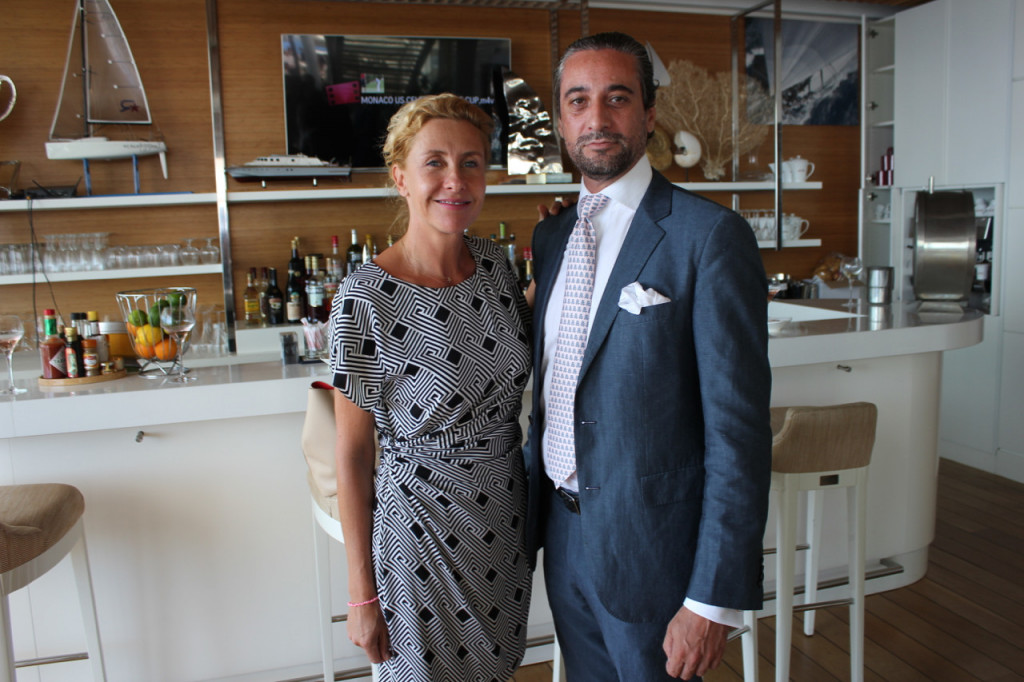 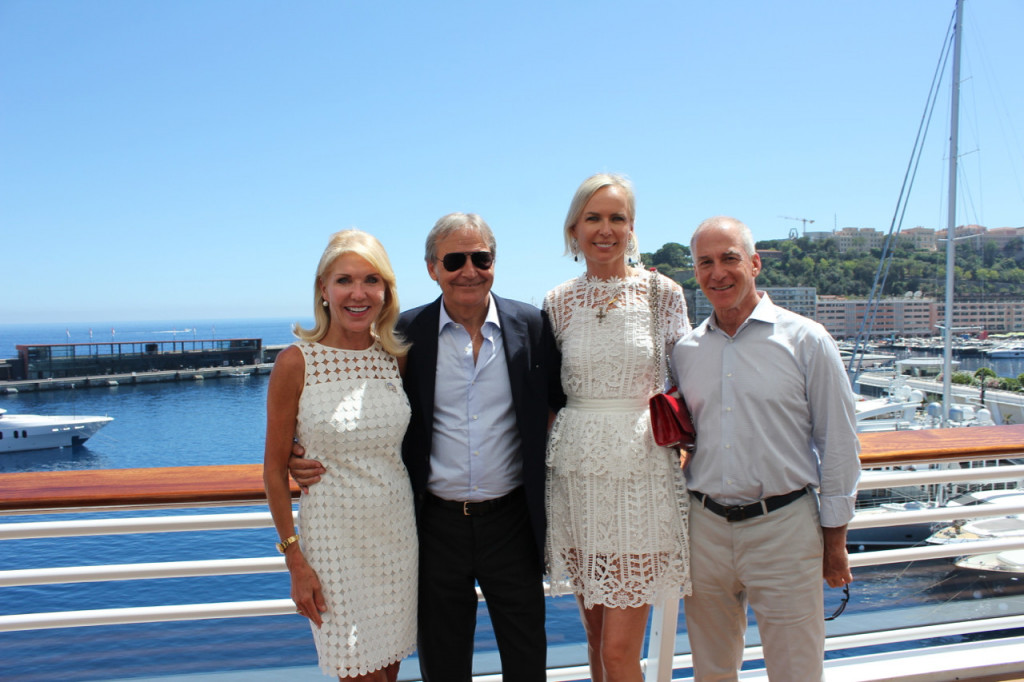 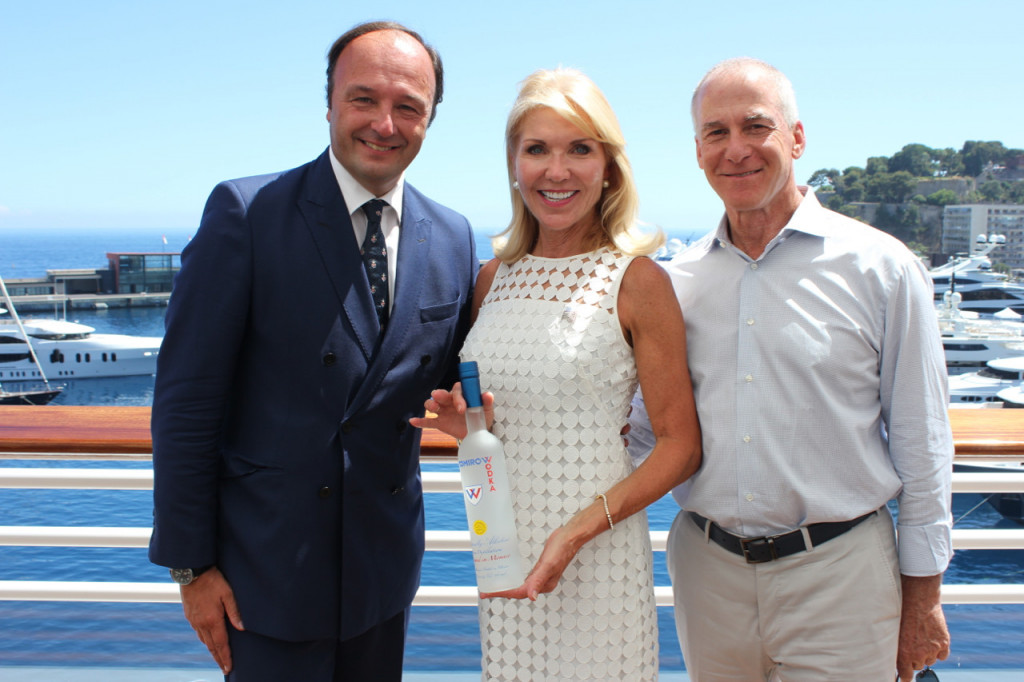 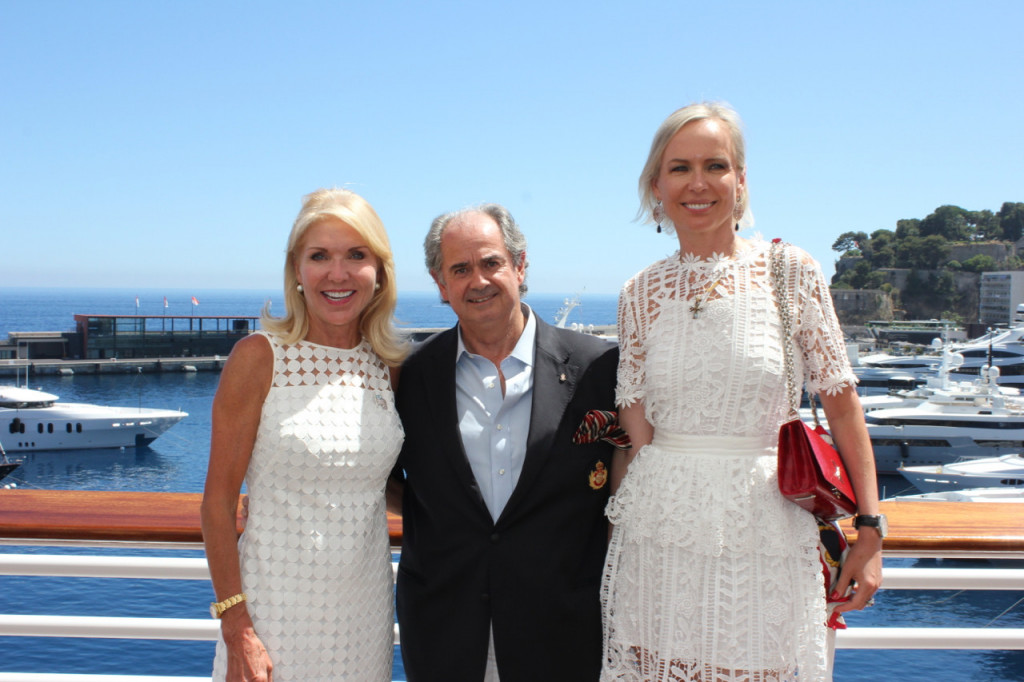 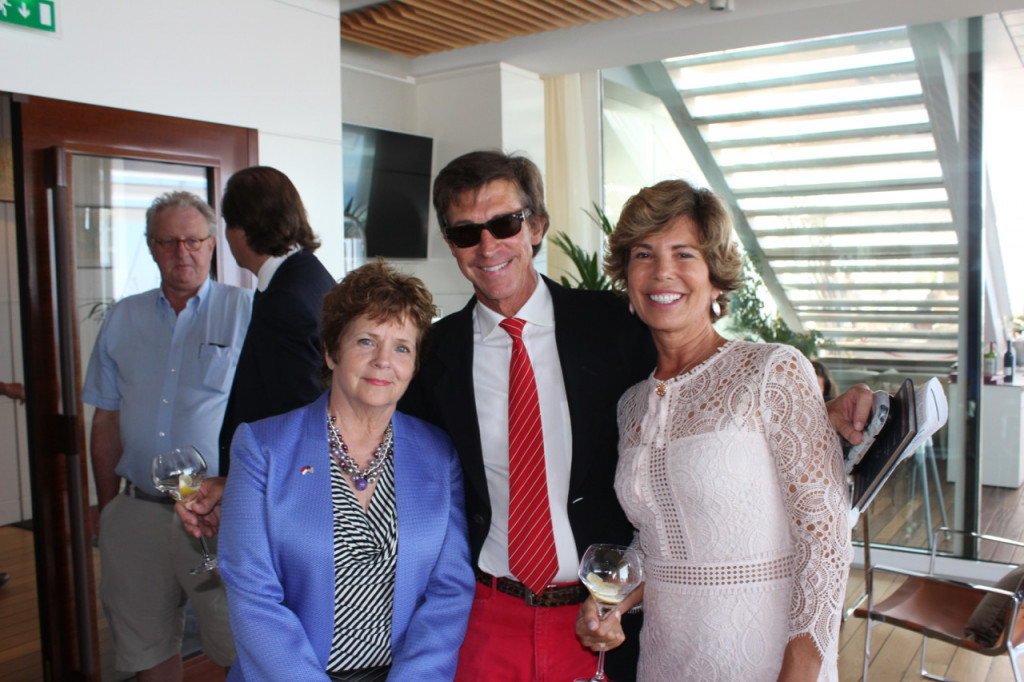 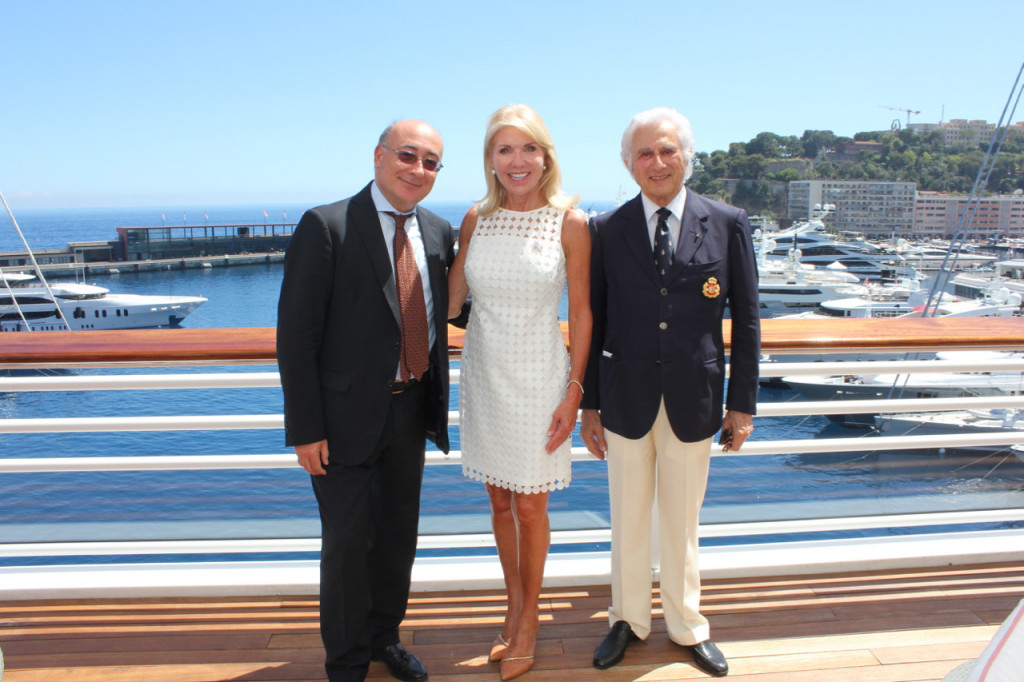 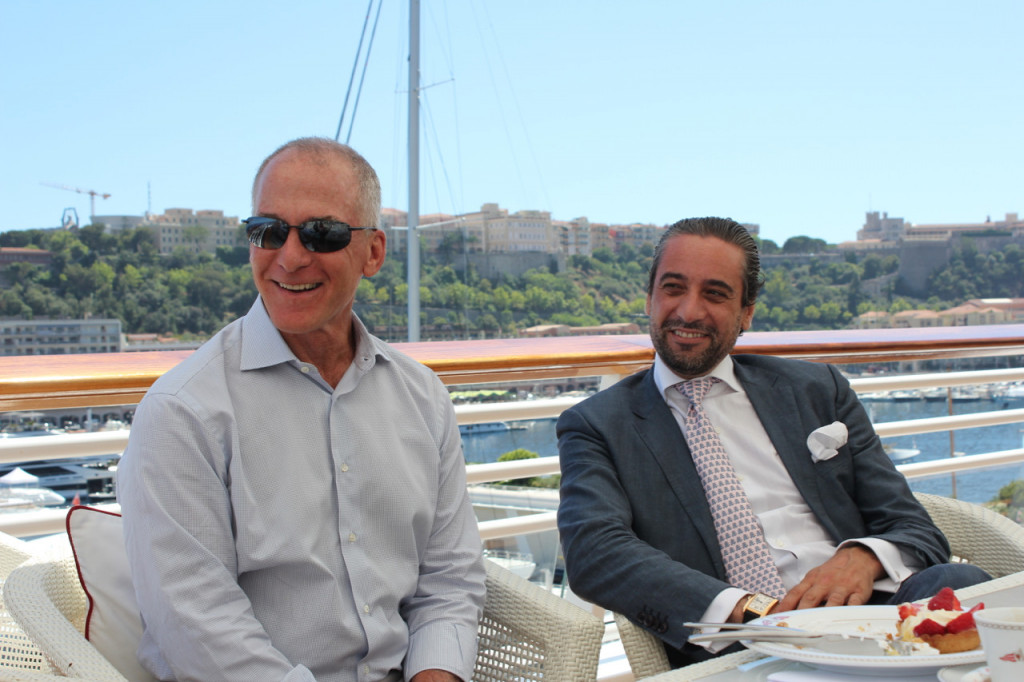 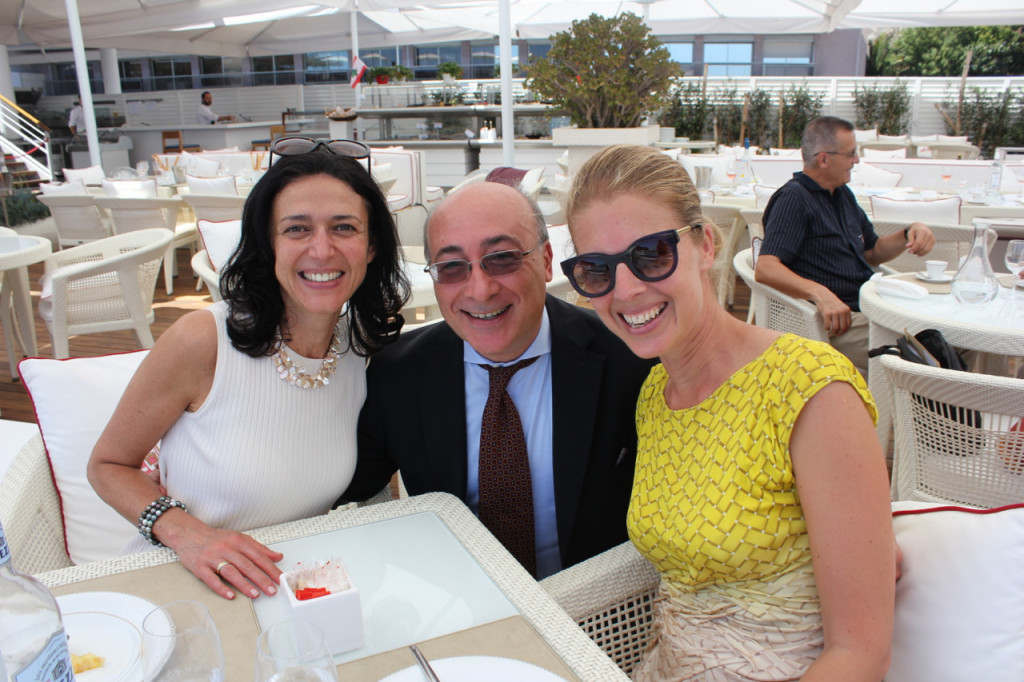 Monaco runner in Athens for inaugural No...

Patrice Loquet at NFL in Athens[/caption] After nearly 20 years, No Finish Line (NFL), the 24-hour race over eight days on a 1370-metre circuit, has easily become one of the most popular events in Monaco across the year. The concept is simple: to do as many circuits as you want and for each kilometre a participant completes, donors and sponsors will donate €1 to Children & Future, an association that supports projects in favour of disadvantaged or sick children. For the 2016 edition, 11,739 runners and walkers completed a total of 392,000 kilometres from November 12 to 20, surpassing the goal “to the moon” – 384,400 kilometres is the exact distance from the earth to the moon. Since Philippe Verdier started the first NFL in 1999, some 69,000 people have taken part. Mr Verdier expanded NFL to Paris in 2015 and last year to Oslo, and has said that he hopes one day to have an NFL every week of the year worldwide. His dream continues with the first NFL in Athens, which kicked off Wednesday, April 26, at 7 pm. The event is with the support of Stavros Niarchos Foundation. Patrice Loquet, who lives in the Condamine, has participated in Monaco’s No Finish Line over a dozen times and his personal best over eight days is 828 kilometres. He said that he stays motivated by pushing his limits “despite the pain”. “For the Monaco NFL, I run day and night for the Automobile Club of Monaco team,” Mr Loquet told Monaco Life from Athens. “I sleep on the course on a bed the team provides.” At the NFL start in Athens Wednesday, Mr Loquet said he’s in Greece for the same reason he runs in Monaco: “To raise money for children and the underprivileged. Also, I want to help promote this event that Hélène and Philippe Verdier have created.” Mr Loquet, who describes NFL as “sharing, conviviality and fun to run”, has, additionally, participated in NFL’s initial Paris and Oslo events. “I meet so many different people, but I can also give advice to the cities organising NFL for the first time.” He added, “There are three of us here in Athens. And enjoying a new country and spending a few extra days also adds to the inspiration, not to mention making friends with fellow runners.”

Winning four of their last five games, AS Monaco is on a roll. Wednesday night’s win pulled them up to 11th place in the Ligue 1 standings, knocking Marseille out of the French League Cup.

Despite some serious changes in the line-up including top scorer Wissam Ben Yedder being “rested” for most of the match and star striker Islam Slimani out with a groin injury, Leonardo Jardim’s Red and Whites saw a decisive win over Olympique de Marseille on Wednesday night at Stade Louis II.

Jardim seems to have finally got his defence working solidly as a team and proved his offense was more than the dynamic duo of Ben Yedder and Slimani. The win means that Monaco has qualified for the Round of 16 in the BKT Coupe de la Ligue coming up  in December, effectively eliminating Marseille from the running.

Monaco scored their two goals in the first half. The first was in the 24th minute by Jean-Kévin Augustin, the striker on loan from RB Leipzig who was keen to make a good show of it on his first team effort. The assist was made by right back Ruben Aguilar.

The second came at 40 minutes in when 26-year-old Aguilar took possession himself this time and steered the ball right into the net.

Marseille’s single goal came in the second half when in the 77th Benjamin Lecomte made good on his shot.

This was Monaco’s first victory over Marseille in their last five games together. The last time The Red and Whites beat them was way back in August 2017.