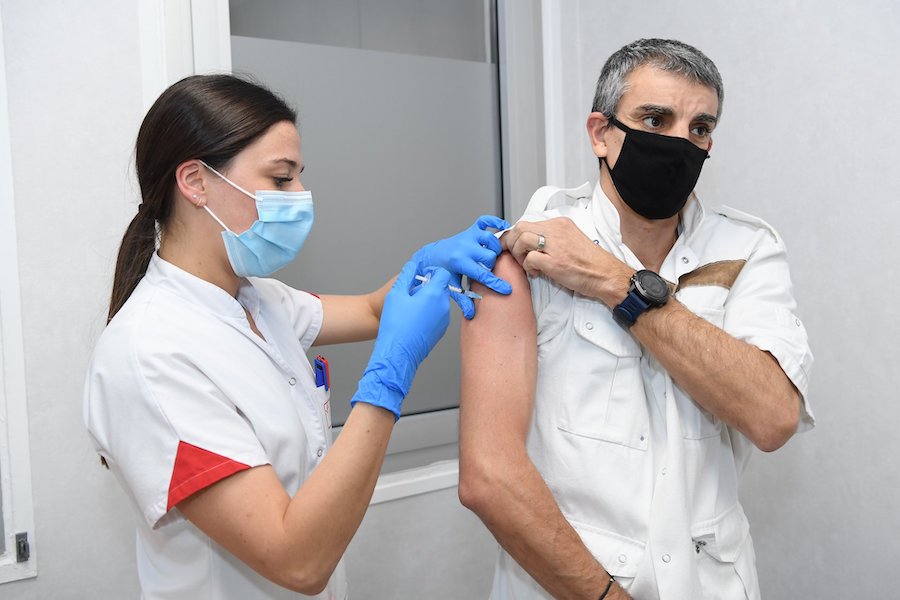 Figures show that 71% of the eligible resident population in Monaco is now fully vaccinated. It comes as France announces it will be easing vaccination pass rules when pressure on hospital’s subsides.

The latest IMSEE report, which dropped on 4th February, includes all vaccinated Monaco residents over the age 12 who have received two doses. Broken down by age groups, the over 75’s had the highest coverage, reaching 94.5%, whilst those in the 12 to 17 age group were the lowest takers, sitting at 46%.

As far as boosters go, again it was those over 75 who had the best uptake, with 76% having had a third jab. Those aged 18 to 34 have been slowest to get the booster, with just under 20% accepting the shot.

In real numbers, this comes to 27,623 people who’ve had one dose, 28,176 who have been double vaxed, and 16,699 who have had the booster. The figures represent all vaccinations given in the Principality, including those provided to nationals from other countries. French citizens received 14,047 first, second and booster shots, while Italians accounted for 316.

The gender distribution of who is getting inoculated is nearly evenly split, with women edging out men by a sliver at 50.6%.

Meanwhile, in France, the government is starting to back away from its vaccine pass requirements, with Health Minister Olivier Veran announcing on Wednesday that the pass will only remain in place until hospitals are no longer cancelling non-emergency procedures to make room for Covid patients.

“When we have emptied intensive care units, or at least (…) when there is no further cancellation of procedures and if no new variant is in circulation, then the utility of the vaccine pass will be debatable,” the minister told BFM TV.

France is still some way off reaching its goal, though. Currently, there are around 3,700 Covid patients in intensive care. In order to eliminate the pass, that number would need to be somewhere around 1,000.

If no new variant rolls through, that could be achieved by summer, said the health minister, adding, “The vaccine pass will come to an end, and judging by current trends, it is likely that the end will come before the month of July.”

Veran also said that rules could be reduced to allow those with one or two doses to get the pass, if they have already had the virus.

“Scientists say that in order to benefit from the pass, one needs to have been exposed to the virus at least three times,” he said. “This exposure can be by way of injection or infection” and includes “at least one vaccine dose”.

Since the middle of last month, people have had to show proof of inoculation to enter bars, restaurants, cinemas and other public venues. Before, they were required only to show a recent negative test.

While the Monaco Government has not mandated a vaccine pass, its residents are still subject to the laws of France when crossing the border.