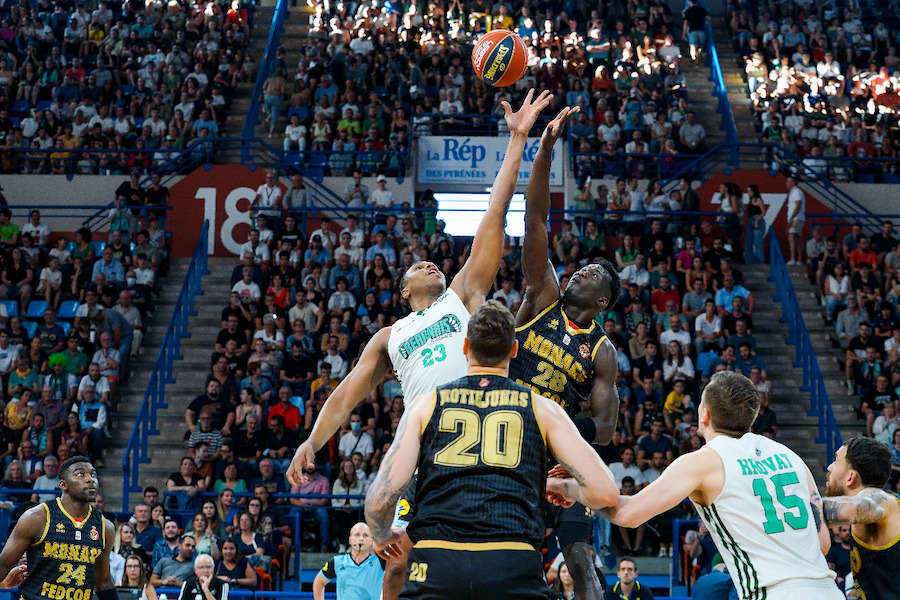 AS Monaco Basketball scraped past Pau-Lacq-Orthez (83-85) on Thursday to reach the final of the French championship, where they will meet their old nemesis Lyon-Villeurbanne in a five-game series.

Monaco have already faced Lyon four times this season, twice in the domestic division and twice in the Euroleague. Currently they are tied on two wins apiece, whilst, apart from a sizeable victory for the Roca Team back in January, fine margins have decided matters.

Monaco also have previous for meeting them in the play-offs. Asvel defeated them in the quarter-finals in 2016/17, in the semi-finals in 2015/16 and in the finals in 2018/19. Since then, however, Monaco have made huge strides, they are now a European force, and Lyon can therefore expect a greater challenge.

After two straightforward ties at the Salle Gaston Médecin in Monaco, the Roca Team haven’t had things all their way over in Pau. Having lost the first tie earlier in the week, Sasa Obradovic’s men were given a scare once again on Thursday night as they had to hold on to secure their progression.

Pau, with the support of the home crowd, got off to a solid start and grew a small advantage in the first-quarter. Wary of falling into the same trap as they did in the third tie of the series, Monaco fought back as they took the reins of the match and dictated the tempo.

After imposing themselves in a dominant second and third quarter, the victory looked to be sealed as they went into the final 10 with a 13-point gap to their opponent (55-68). However, Brandon Jefferson, who has been a thorn in Monaco’s side throughout the series, came to the fore, shooting three-pointers with pinpoint accuracy as he accumulated a monstrous 34 points on the night.

But it wasn’t enough. Monaco clung on to avoid a fifth-leg decider at the Salle Gaston Médecin, and progress to the Betclic Elite final.

Post-match, Obradovic reflected on the victory: “We knew it wasn’t going to be easy. The way they played, with a big temperament was proof of that. We have worked all year to get to the final, and now we’re in a very good position to go and get what we want.”

In the hunt to end their spectacular season with silverware, Monaco must first travel to Lyon for the first two legs of the final, beginning on Wednesday, whilst basketball returns to the Principality on Monday 20th June. 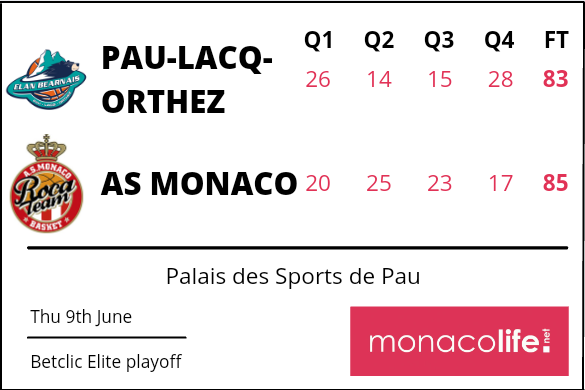