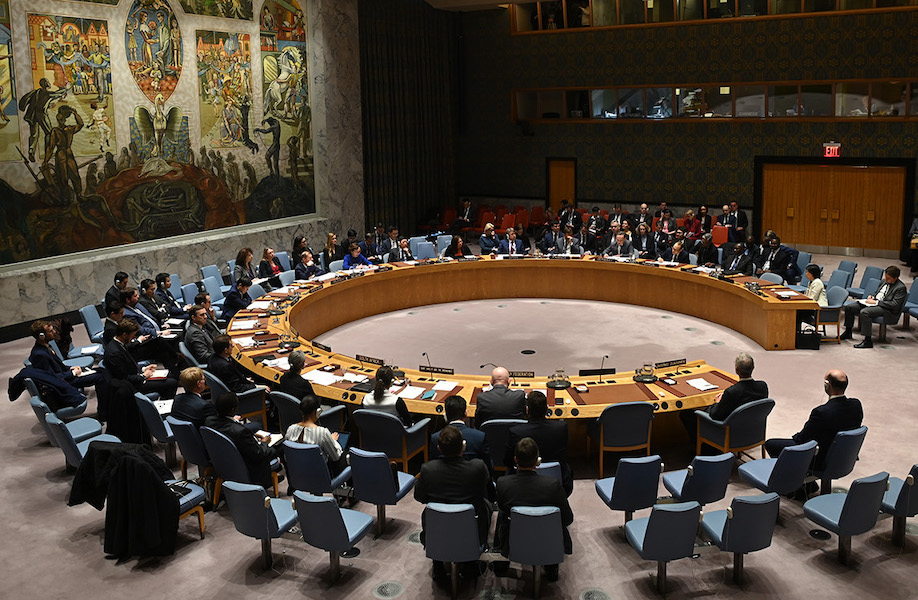 Monaco’s Permanent Representative for Monaco to the United Nations spoke out at an emergency session held by the Security Council, condemning the aggressive acts of the Russians on Ukrainian soil, as per the sentiment of the Monegasque government.

As the fighting enters its second week in Ukraine, the world is reacting in shock and horror, and countries are banding together to call out the Russian president for his deplorable acts of violence against a sovereign nation.

The resolution was adopted overwhelmingly by those present, with 141 in accord. Only five voted against.

The meeting was held 28th February to 2nd March and was the first such emergency session to be held in four decades on a matter concerning international security and peace.

Monaco’s Permanent Representative of Monaco to the United Nations Isabelle Picco was present at the meeting, and following the doctrines set out by the Principality, stated Monaco’s respect for international law and the UN Charter, as well as underlining the need to settle the dispute by peaceful means.

She went on to say that she “regretted” the violation of the Olympic truce by the Russians and expressed her sadness over the repercussions inflicted on the civilian population as a result of Russia’s actions.

In addition to the Security Council meeting, there was also a debate held on 3rd and 4th of March by the UN Human Rights Council which ended in another resolution, co-sponsored by Monaco, being drafted and approved. The goal of this resolution is to set up an International Commission of Inquiry into the Ukrainian situation. It will be responsible for conducting investigations, collecting and safeguarding testimonies and evidence of human rights violations by witnesses.

Carole Lanteri, Monaco’s Permanent Representative to the UN in Geneva, called on all parties involved in the conflict to respect human rights and international humanitarian law.

In practice, this means the protection of civilian populations and infrastructure, schools and hospitals, notably. On behalf of the Principality, she urged the two sides to resume dialogue to find a peaceful end to the conflict.

So far, this seems to have fallen on deaf ears, as the weekend’s fighting took a vicious turn, with scenes of patients being escorted from hospitals to safer havens, including children with cancer in dire need of continuous treatment and orphans, many with disabilities, being forced to flee.

Photo of the UN Security Council by Johannes EISELE / AFP