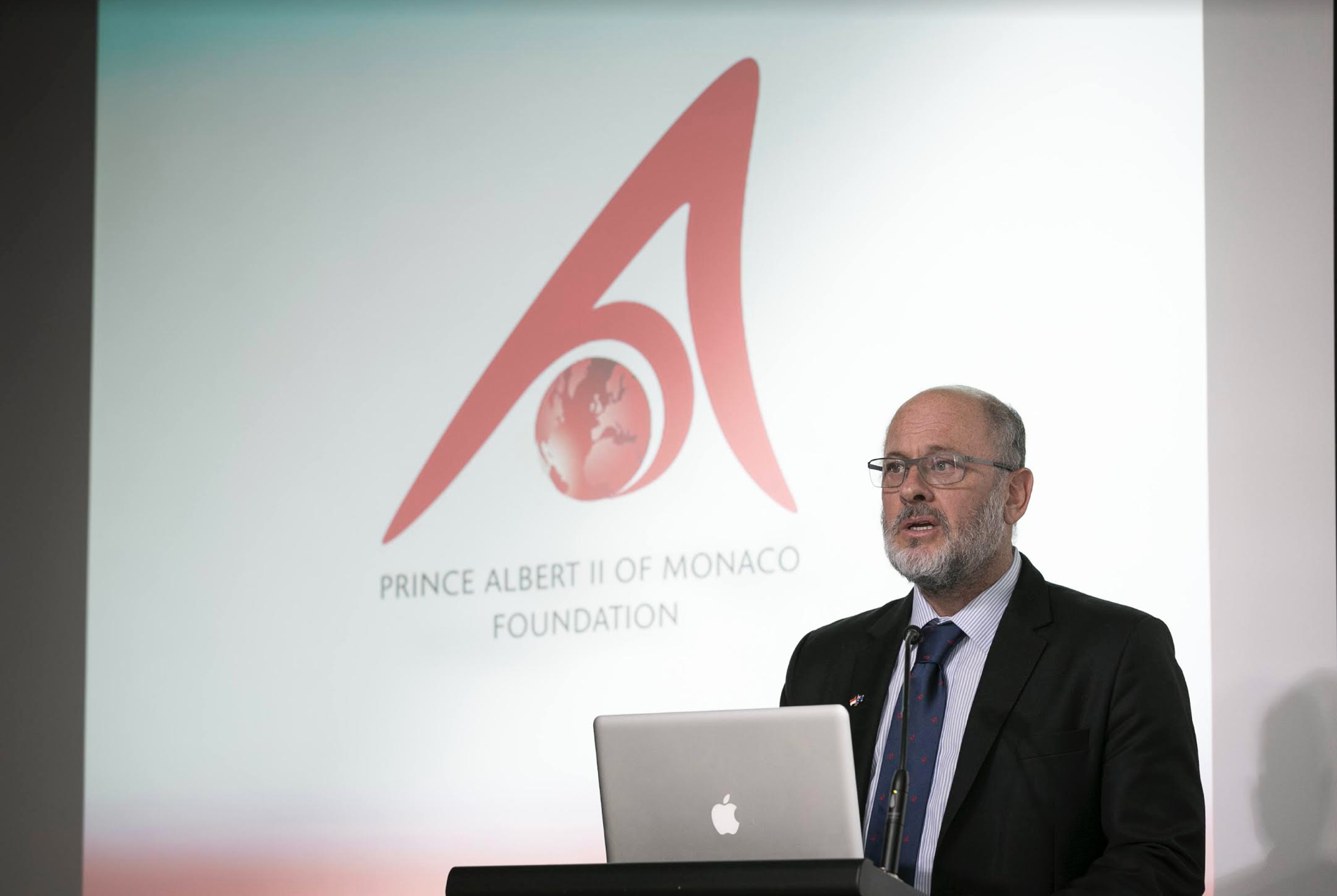 During Monaco Week Sydney, held to celebrate the 10th anniversary of the establishment of Diplomatic Relations between Monaco and Australia, the Embassy of Monaco and the Honorary Consulate in Sydney jointly organised an exhibition on the topic of the Prince Albert II Foundation.

The exhibition, which opened on September 19, aimed to raise awareness among the Australian public of the Prince Albert II Foundation and its activities, and was held over a week on the campus of the University of New South Wales.

At its inauguration, HE Ms Catherine Fautrier, Ambassador of Monaco in Australia, and Professor Tim Flannery, a member of the Board of the Albert II Foundation, presented the scope of the Foundation’s work, which includes a collaboration between the Principality and Australia for a number of years on topics relating to the protection of the environment.

The Prince Albert II Foundation and the Monaco Scientific Center are providing their support and expertise to the TARA PACIFIC expedition, which studies the impact of climate change on the oceans and marine biodiversity.

In the field of environmental protection, the “Monaco Explorations” campaign, recently launched in the Principality, will also study the interactions between species and the impact of man on marine biodiversity. The YERSIN is due to cruise off Australia at the end of 2018. 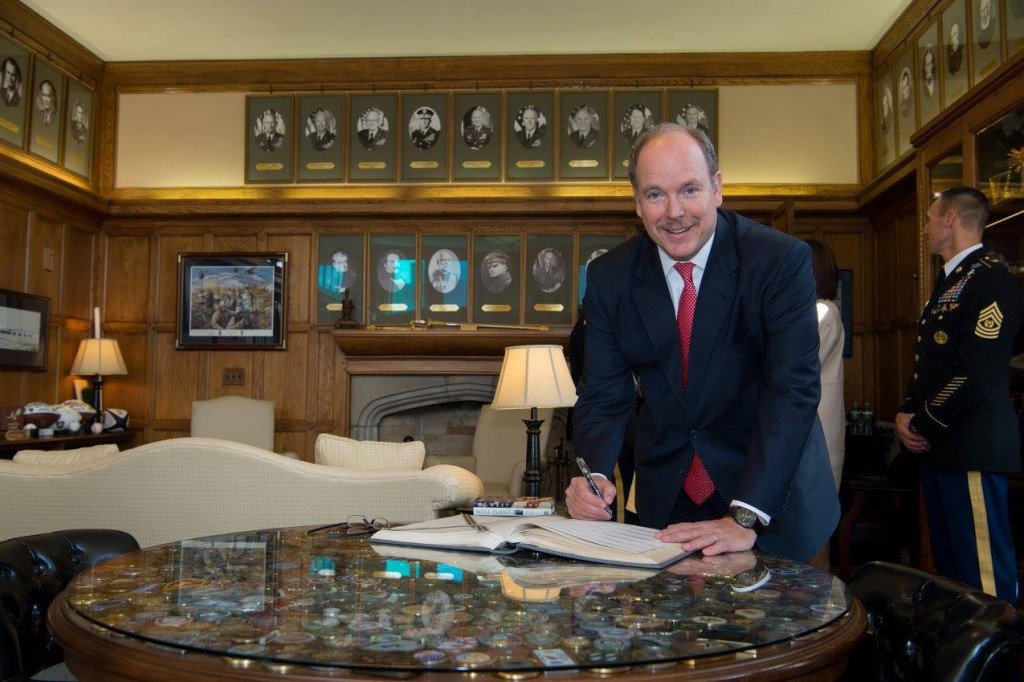 Prince Albert West Point 2017. Photo: Facebook Prince's Palace of Monaco[/caption] While Prince Albert was in New York to attend the 72nd session of the United Nations General Assembly, General RL Caslen, Superintendent of the West Point Military Academy, welcomed him on Monday, September 18, to the famous military academy, 61 years after the visit of Prince Rainier and Princess Grace who came to attend a famous football match between the Army and the Navy. [gallery td_select_gallery_slide="slide" size="large" ids="21956,21959,21957,21960,21958,21962,21964,21961,21963"] Located in the state of New York, West Point Military Academy hosts nearly 4,500 Cadets. After a rigorous selection process and four years of rigorous studies, the Cadets are destined to become the future leaders of the American army. During his visit, Prince Albert was able to speak with senior officers and cadets during an informal lunch and a Q&A meeting in the presence of a French student from Saint-Cyr, France's prestigious Military Academy. Among the gifts exchanged, the Cadets wanted to surprise the Sovereign by offering him a frame of photos containing images of the visit of his parents in 1961, as well as photos of his own visit taken that morning. 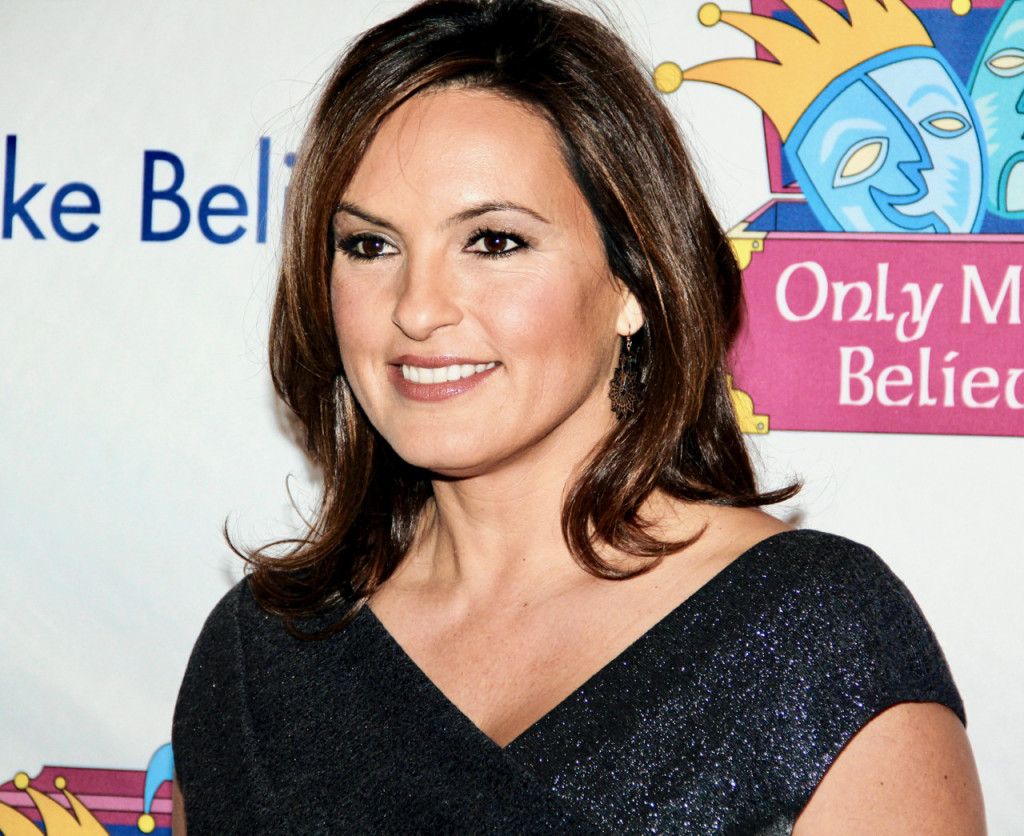 Photo: Joella Marano[/caption] Laurent Puons, CEO of the Monte-Carlo Television Festival, announced the recipient of its Crystal Nymph Award and unveiled the names of jury members for the Fiction and News categories of this year's 58th Awards. He also revealed an extensive line-up of premiere screenings and exclusive celebrations taking place during the globally renowned event. At a presentation in Monaco on Wednesday, March 9, Puons confirmed that acclaimed Golden Globe and Emmy Award-winning actress Mariska Hargitay will receive the Festival's Crystal Nymph Award. The Award, which recognises a stellar body of work by a major international actor or actress, will be presented by Prince Albert, Honorary President of the Festival, as part of the Opening Ceremony on June 15. The News Jury panel, which will be led by Sky News special correspondent Alex Crawford, includes Ulysse Gosset, international editorialist for BFM-TV, and Susan Ormiston, senior correspondent for CBC News. Also joining the panel is José Antonio Guardiola, editor and producer for TVE, Theo Koll, head of ZDF's Paris office, and director and producer Hyun-Mo Jung. Following the Opening Ceremony, the Festival will play host to the Global Premiere Opening Screening of Amazon Prime Original series Tom Clancy's Jack Ryan. The series is a reinvention with a modern sensibility of the unexpected Tom Clancy hero played by John Krasinski, who also serves as an Executive Producer. Tom Clancy's Jack Ryan also stars Wendell Pierce and is created by Carlton Cuse and Graham Roland who also serve as Co-Showrunners and Executive Producers. Amazon will debut the global series, from Paramount Television and Skydance Television, August 31 on Prime Video. The five-day event will culminate with the Golden Nymph Awards Ceremony.