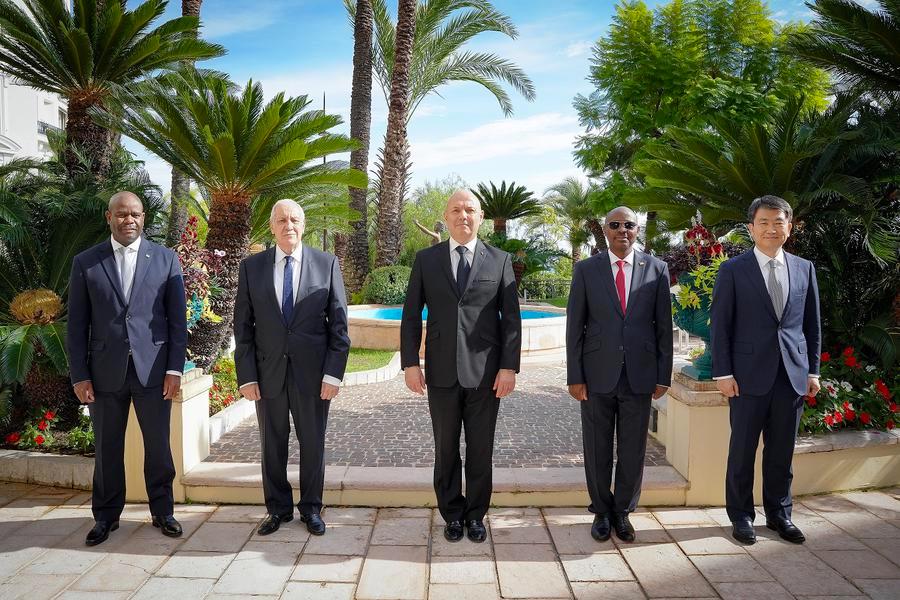 Minister of External Relations and Cooperation Laurent Anselmi met with the Principality’s four newest ambassadors on Thursday 21st October to welcome them with a luncheon at the Hermitage Hotel after presenting their Letters of Credence to Prince Albert II that morning.

Mohamed Antar Daoud began his career as a journalist on Algerian television before joining the Ministry of Foreign Affairs in 1980 as Deputy Director of Press and Information. His career in diplomacy then took him to various Embassies including Washington D.C., Nouakchott, Rabat and Lille. Chargé de mission to the Head of Government from 2004 to 2010, he was also Ambassador of Algeria to Mali, Gabon and Equatorial Guinea.

Albertus Aochamub spent much of his career in telecoms, banking and television before being appointed Press Secretary to the President in 2015. Ambassador of Namibia to France since 2018, he is also a member of the executive council of UNESCO.