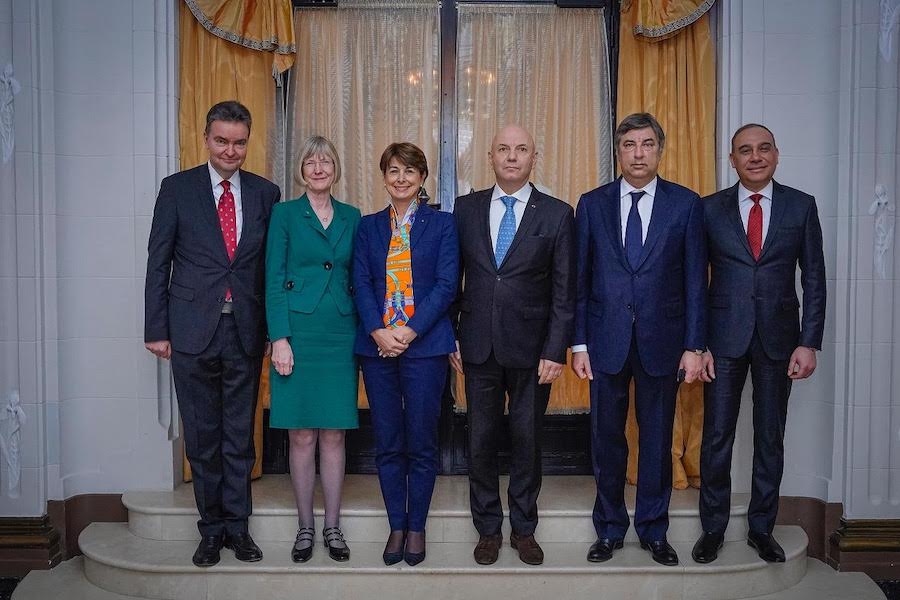 The Principality received four new Ambassadors to its shores this week, with representatives from Australia, Hungary, Egypt and Ukraine all presenting credentials to Prince Albert II.

On Tuesday 8th March, Isabelle Berro-Amadeï, Minister of Foreign Affairs and Cooperation, received the latest diplomatic representatives to the Principality for a welcome lunch at the Hermitage Hotel.

Gillian Elizabeth Bird joined the Australian Department of Foreign Affairs in 1980, holding several positions over the years including Deputy Secretary from 2004 to 2014 and Australia’s first Ambassador to the Association of South Asian Nations from 2008 to 2013. From 2015 to 2019 she was Australia’s Ambassador and Permanent Representative to the United Nations.

Entering the Egyptian Ministry of Foreign Affairs in 1991, Alaaeldin Zakaria Youssef held several positions before being appointed spokesperson for the Presidency from 2014 to 2017. Permanent Representative of Egypt to the United Nations, the Conference Disarmament, the World Trade Organisation and the other International Organisations in Geneva from 2017 to 2020, he was then appointed Ambassador, Permanent Delegate of Egypt to UNESCO.

Vadym Omelchenko has twice served as an advisor to the Speakers of the Ukrainian Parliament. He also led a group of advisers to the Deputy Prime Minister of Ukraine on economic reforms and served as a consultant to the Parliamentary Committee on Combating Organised Crime and Corruption. He has been the permanent delegate of Ukraine to UNESCO since 2020.

Addressing the elephant in the room, the matter of the conflict in Ukraine was discussed during lunch. The Monegasque authorities reiterated their support for the Ukrainian population stating that, since 2014, the Principality has called for respect for sovereignty, independence and territorial integrity of Ukraine within its internationally recognised borders.