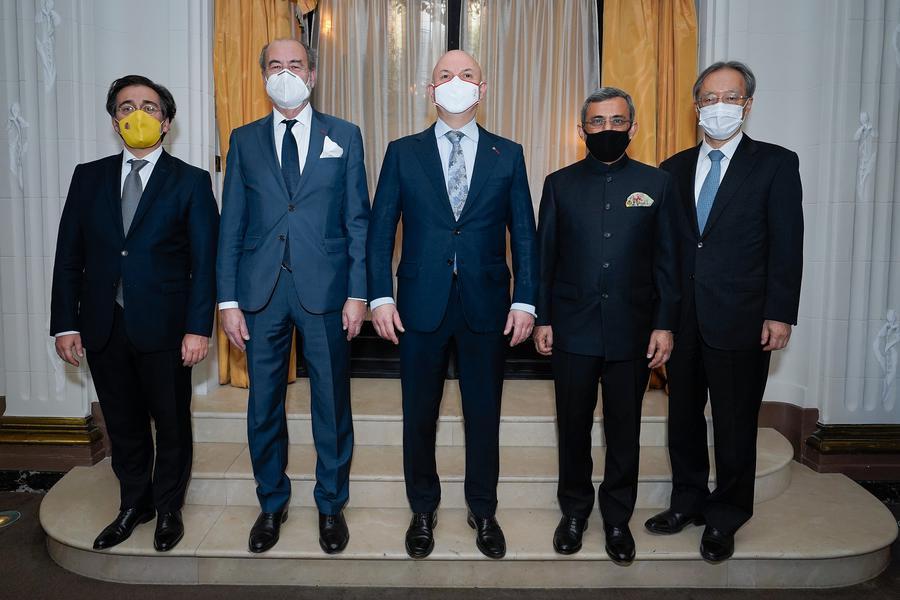 The four men offered the Prince their credentials prior to the luncheon.

A career diplomat, José Manuel Albares Bueno served as Secretary-General for International Affairs, the G20 and Global Security for the Office of the President of the Government of Spain. During his career, he has been appointed to high-level posts within the Ministry of Foreign Affairs, the European Union and the Spanish Agency for International Development Cooperation.

A production assistant for France Culture from 1981 to 1990, Michal Fleischmann managed Lagardère Active Radio International in the Czech Republic and Slovakia until 2018, when he became President of the Czech Radio Council before becoming Ambassador to Monaco.

Jawed Ashraf joined the Indian Ministry of Foreign Affairs in 1991. He was appointed to serve in Frankfurt and Berlin until 1999 and became Counsellor and Minister for Political Affairs in Washington, DC, in 2007. He led the American Department at the Ministry of Foreign Affairs from 2010 to 2012, before being promoted to the position of Joint Secretary in the Prime Minister’s office. He was then appointed to lead the Indian mission in Singapore.