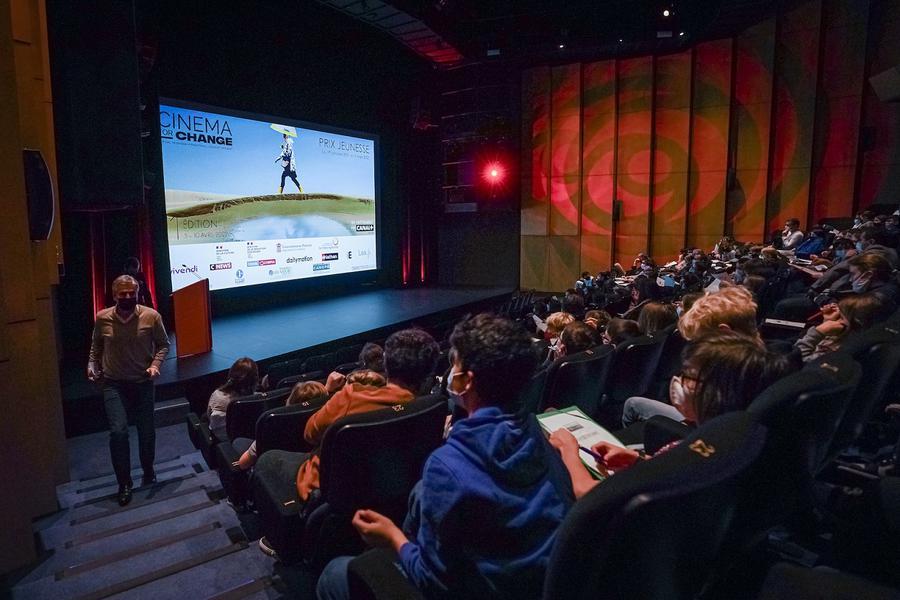 The fight against poverty was highlighted to more than 500 primary and secondary school children from Monaco as they voted for their favourite short films as part of the 11th edition of the Cinema for Change festival.

Taking place at the Théâtre des Variétés, the Cinema for Change festival, formerly called ‘Le Temps Presse’, took place on 13th January as part of a committed approach to 17 sustainable development goals set out by the United Nations back in 2015, through the power of film.

The goal is to raise awareness of international solidarity as well as development issues. In total, there are nine prizes awarded, of which three are youth prizes. The entries for the Children’s Prize were narrowed down to four short films, which were then screened by 26 classes from eight Monaco schools and voted on to select their favourite.

The votes from the Monegasque contingent will be added to those from other child jury members from France and four other partner nations. Prior to this selection, the students from the Sciences Po Paris, Middle East-Mediterranean campus in Menton voted on 28th November.

This educational activity is part of a partnership agreement signed in 2014, by which the Department of International Cooperation and the campuses work together to raise students’ awareness of development issues and the fight against poverty in the world.

The grand prize awards ceremony for the Cinema for Change Festival will be held next April in Paris.