Monaco’s Battle of the Buildings

Monaco’s Battle of the Buildings 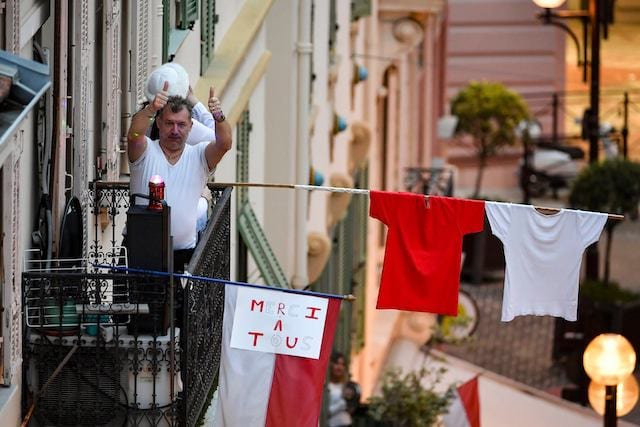 The 8pm cheer of solidarity for those on the coronavirus frontlines has taken a fun turn. A competition is now underway between Monegasque districts and buildings to determine who can cheer the loudest, with whatever means possible.
Initiated by the government-run channel Monaco Info and inspired by a similar contest in Belgium, the initiative has been overwhelmingly embraced by residents in the Principality.
“Clearly, the idea is for everyone on their balconies to make the most noise,” said Geneviève Berti, manager of Monaco Info. “People were already thanking the caregivers, we just asked them to do even more.”


On Wednesday, the Jardin Exotique neighborhood kicked off the initiative, followed by the Annonciade district on Thursday. On Friday evening, it was Fontvieille who fiercely defended its territory, and on Saturday La Condamine had their chance. On Monday, the Estoril building and the Larvotto district were drawn into the contest.

Every evening as the clock strikes eight, residents head to their balconies and windows, armed with pots and pans, drums and whistles – whatever they can get their hands on to raise the decibels.

McClic’s drone, fitted with a loud speaker, flies over the districts relaying motivational speeches and feeding the enthusiasm.
Amidst the noise are Monegasque flags, patriotically draped from buildings and lovingly clutched by residents, but also flags from other nations and banners with Monaco’s solidarity catchcry #strongtogether.

“There are people of all ages on the balconies,” said Geneviève Berti. “This support for caregivers is unifying, intergenerational. People want to make noise, to express themselves, to let go of this pressure of confinement and illness.”
In response, Monaco’s firefighters have taken to the top of their building to say ‘merci‘, brandishing a banner for all to see on the roof and using a loudspeaker to thank the crowds. 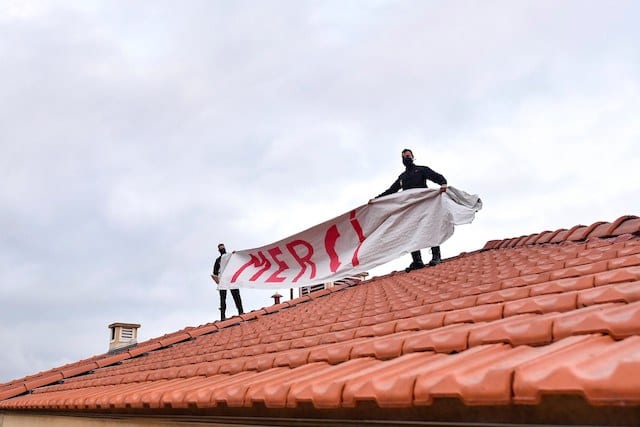 The winner of the Battle of the Buildings will be decided by a jury. To see which building/district is next in line, see the Monaco Info Facebook page.