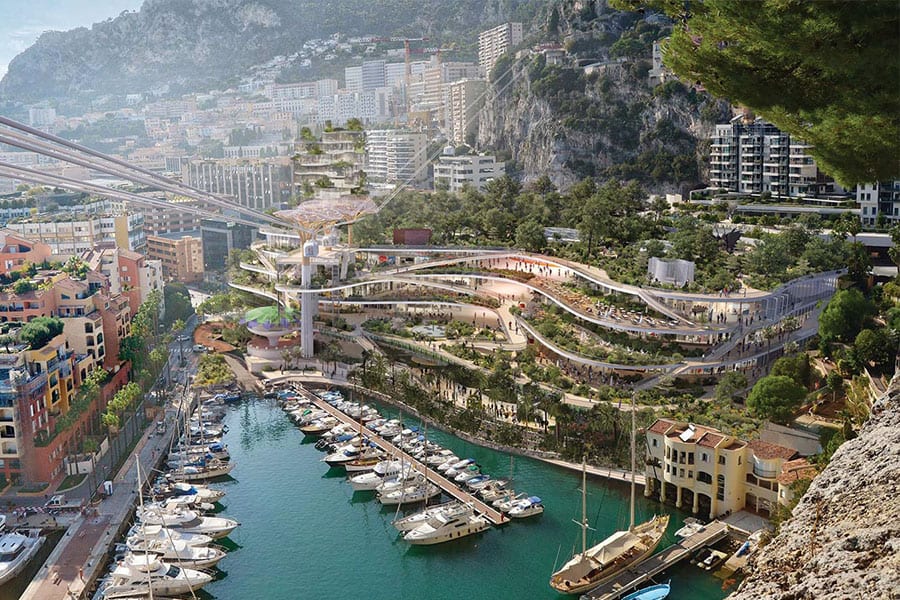 The Monegasque government is always looking for ways to improve conditions, and one thing that comes up regularly is the flow of traffic around the country.

One project being bandied about to help on this front involves a cable car system. During a National Council meeting in mid-December, the government gave an update on the project.

The original idea was to run cable cars between the Exotic Garden, Fontvieille and the Rock. But now, they are rethinking the idea.

Despite the fact this three-stop system has been the most studied – and according to reports the only one that would be commercially profitable – it has also been suggested that they ditch the cable car stop on the Rock and create a bank of lifts to connect with the Condamine instead.

“One can very well imagine that the State would finance, in relation to public transport, a gondola which would go from Fontvieille to the Exotic Garden (and vice versa), without the part arriving on the Rock,” said Marie-Pierre Gramaglia, Minister of Equipment and Town Planning. “On the other hand, concerning the elevators which would arrive on the Rock, for the moment we are only at the beginning of these studies. They are not yet sufficiently advanced for me to be able to tell you about them specifically.”

The main reason behind the shift is that a cable car running to the Rock was not popular with locals, who argue that this very modern attraction is at odds with the historic nature of that part of the country.

“Why not make an investment by the State for the gondolas and an extension to the Rock by lifts,” asked National Council President, Stephane Valeri. “When we built the downhill tunnel, the State didn’t make any money. It is very clear that we have invested in the mobility of the Principality.”

He added that he was more comfortable with this new routing, as were the people. “In the opinion survey we conducted among residents, the gondola lift was moreover fairly well received from the Exotic Garden to Fontvieille, but rather poorly from Fontvieille to Monaco-Ville.”

A previous plan to connect the Condamine district with the Rock had been conceived in the 1990’s but never realised. The studies to decide on this route for future are currently in the works.