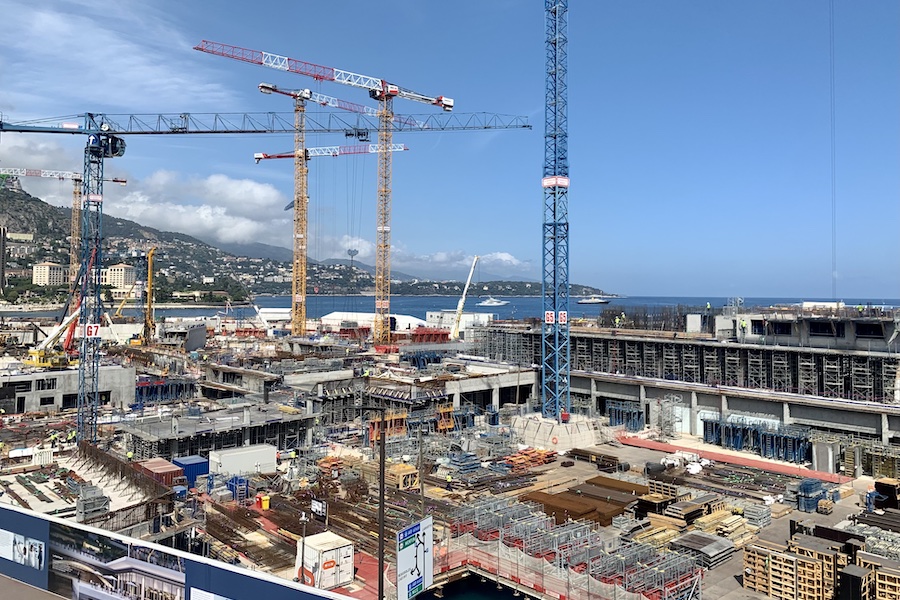 The construction industry is booming in Monaco, generating revenue of €2.1 billion last year, almost triple what it was last decade, a trend that even held true during the pandemic.

At the end of 2021, this major economic sector (MES) was credited with 497 active establishments bringing in revenues over €2 billion, according to the latest report by Monaco’s official statistical agency, IMSEE. This makes construction the third largest sector, representing 13.3% of all revenues generated in Monaco (not including financial and insurance), just behind wholesale trade and support service activities.

composed of things like masonry works, structural works, and electrical and plumbing installations.

Meanwhile, building construction was down by a minor -1.2%, but civil engineering took a significant hit, declining by -35.1%.

By last year’s end, there were 352 construction employers, a gain of 22 over 2021, who had 5,662 employees under their umbrellas, equalling 11% of the Principality’s total workforce. IMSEE stated that there were 1,500 more workers in this sector than in 2012, a record-breaking 35% increase in a decade. Masonry works and building structural works added 512 workers, whilst electrical, plumbing and other installation added 508 new employees.

The proportion of French employees is lower in construction than the national average, sitting at 51.3% versus 62.2% in other sectors. Portuguese and Italians fill in that gap, numbering roughly 1,500, or 20%, of the workers seen here. There are only 22 Monegasques working in construction, making it the sector with the lowest number of nationals.

The employees don’t tend to live as local as in other jobs. Only 4.5% live in Monaco whilst only 19.6% live in neighbouring villages. The vast majority live in the Alpes-Maritimes region followed by those living in Italy, representing 58% and 16.3% respectively.