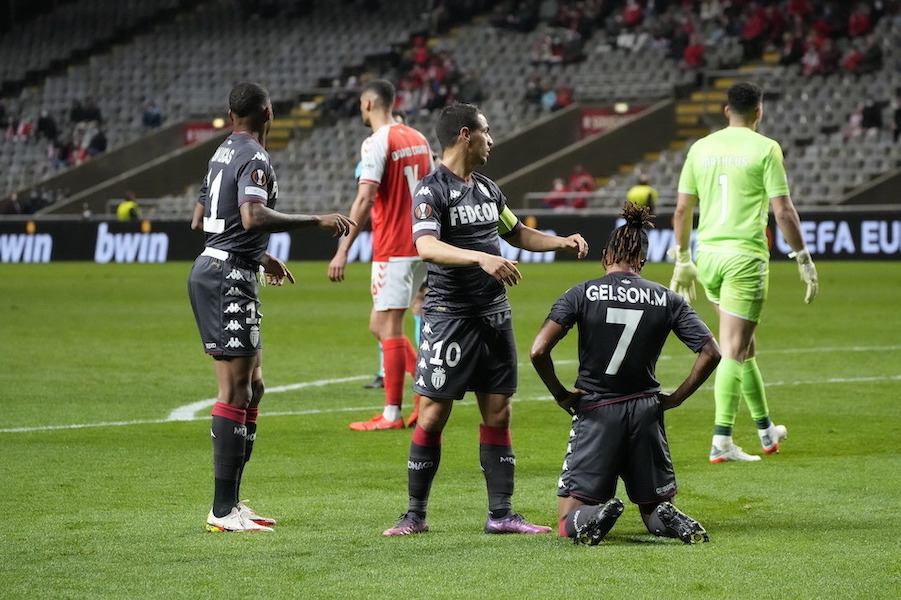 A largely dominant AS Monaco performance was bookended by two harsh blows as Braga took the upper-hand in the Europa League tie on which the hopes of Philippe Clement side’s season rest (2-0).

In spite of the trip to Portugal, Le Rocher side found themselves in familiar surroundings on Thursday, the Estadio Municipal de Braga set against a dramatic cliff face, much like the Principality’s surrounding scenery.

An all too familiar narrative played out on the field as well, as Monaco failed to construct momentum and build upon Sunday’s strong showing against Marseille. It has been a largely stop-start season for Monaco as, under Clement and ex-coach Niko Kovac, they have failed to find consistency.

All is not lost however, and if this Monaco season has taught us anything, it is that they are capable of pulling out big performances against the big sides. They will need to next Thursday if they are to overturn the two goal deficit and continue their European adventure.

Out of the Coupe de France and with the prospect of Champions League qualification a distant possibility, the hopes of Monaco’s season seemingly rest on a decisive week of football in which they face Strasbourg, Braga and PSG.

Post-match, Clement said that he believed his players “became nervous”. Few on the field had a shakier start than Alexander Nubel. A nervy save from a Braga corner kick parried the ball back into the danger area, and although Monaco eventually cleared, the ball came straight back. Abel Ruiz kept his composure to slot past Nubel after the ball had fallen at his feet thanks to an Axel Disasi deflection.

Another nervy moment from the German keeper almost allowed the Portuguese side to double the lead, as he made a meal of a relatively simple save, and he was thankful for the post which spared his blushes.

Monaco, having gone a goal behind early, did however largely dominate proceedings and had chances of their own. The Principality side’s recent nemesis, the offside flag, saved Braga on two occasions as smart finishes by Gelson Martins and Wissam Ben Yedder were correctly – but cruelly – ruled out for very marginal offsides.

Monaco’s dominance continued throughout the second-half, although clear-cut chances were very much at a premium. In fitting with how the match had gone for Monaco, there was to be one final cruel turn as Braga, who hadn’t troubled the Monaco goal all half, grabbed a late second.

Fabiano’s cross was turned in by Vitor Oliveira, to seal the victory (2-0), and leave Monaco tinkering on the edge of exiting the competition.

Monaco now have a quick turnaround to prepare for another crucial clash against Strasbourg on Sunday, but Clement believes the lack of preparation time may be a positive. “After a defeat, it’s always better to play again quickly, to prevent doubts.”

He added, “We need to bounce back quickly at Strasbourg and take points down there before really preparing for the return leg.” Failure to do so will leave Monaco with little to play for in the all important run-in between now and May. 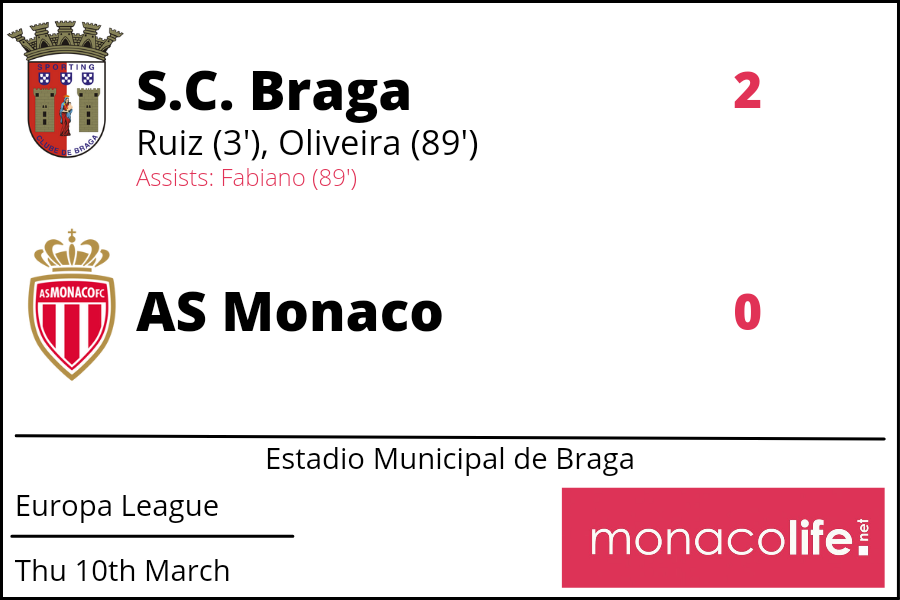