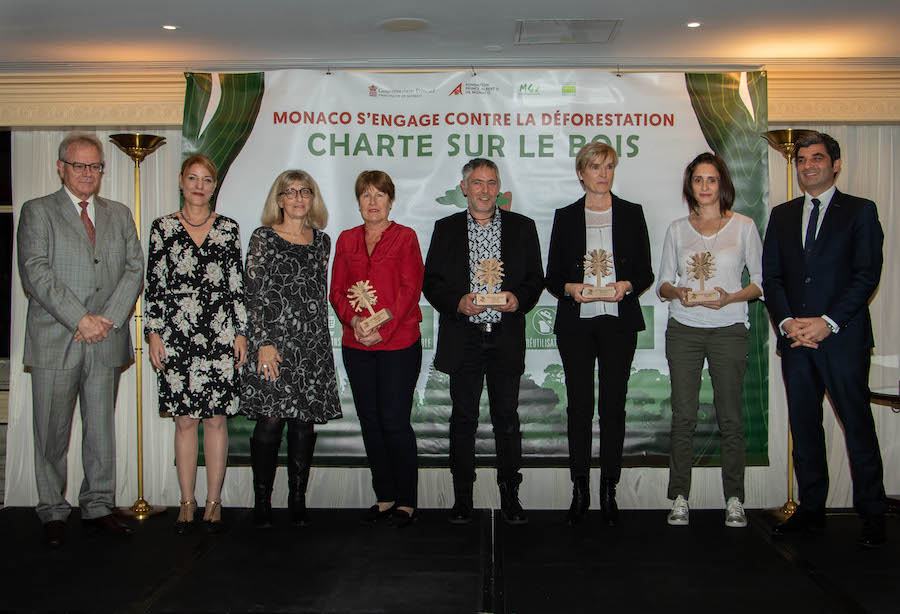 Monegasque companies who have joined the fight against deforestation and committed to reducing paper and wood usage have been rewarded at a special presentation. Led by the Prince Albert II of Monaco Foundation, the ‘Wood Charter’ is showing real progress as more and more businesses come on board.

The Prince Albert II of Monaco Foundation, together with the Prince’s Government, the MC2D and the IMEDD, welcomed the signatories of the Wood Charter, Charte sur le Bois, at an annual meeting on 5th December at the Hôtel Metropole Monte Carlo.

The Wood Charter invites Monegasque companies to promote the responsible use of wood and paper products, whether through their purchases or as part of their customer/supplier relationship. Nearly 60 Monegasque companies have already committed to the charter, the latest being Monaco Telecom.

“The fight against deforestation has always been part of the main issues facing mankind,” foundation Vice President Olivier Wenden told Monaco Life. “When the Prince’s foundation was launched in 2006 by His Serene Highness, one of our pillars of action was the fight against climate change. To address climate change, we must address the problem of forests. Deforestation is responsible for 15% of greenhouse gas emissions around the planet, has been causing the slaughter of biodiversity and, since the 1970s, has halved the population of animals.”

Meanwhile, guests were introduced to a web platform called the Common Cardboard initiative, which gives individuals and businesses an opportunity to share paper resources such as cardboard boxes, wooden pallets and paper, thereby extending the life of these products. In just a few months, more than 10,000 users in France have registered and posted ads on the free site.

“The current situation of forests around the world is tragic due to different reasons in each region: the palm oil industry in Asia, mining and war material-sourcing in Siberia, the vast issues in the Amazon… these are generating immediate benefits but have no long-term value,” said Mr. Wenden. “The foundation is currently running 10 projects around the world to fight against deforestation. The only continent where the percentage of forests is growing is Europe, so we need to be very attentive to that.”

Mr. Wenden says signing up to the Wood Charter is easy and its goals are realistic.

“The charter is made on incentives, for companies and individuals to move in the right direction to use sustainable wood production, from furniture and paper to construction materials,” said Mr. Wenden. “The objective is not to stop consuming, it’s to start consuming in the right way, to be conscious of wastage and, whenever possible, to recycle. You need to start these small daily changes to create a big river of change.

Mr. Wenden aims to have a total of 100 entities signed up to the Wood Charter by the end of 2020.

“Customers can feel this new trend coming,” he concluded. “We just need to actively plan for it and grow in number to make significant progress.”