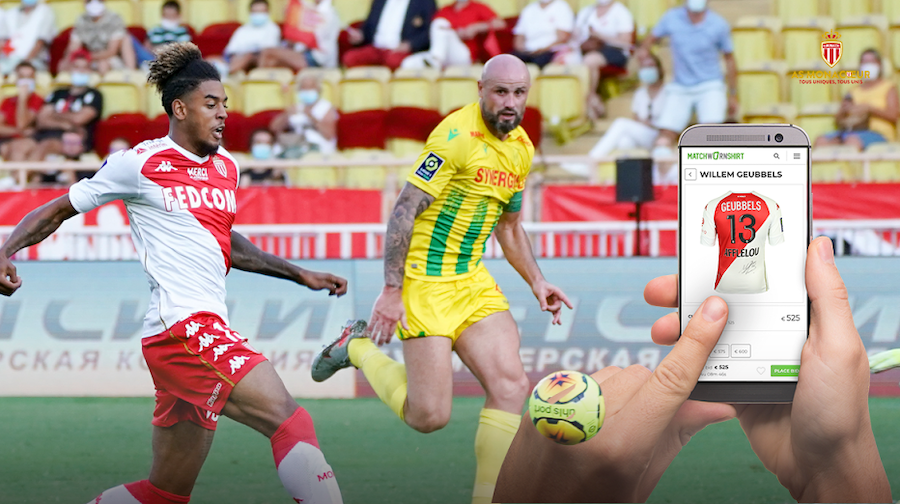 The special jerseys are being auctioned from this Thursday, 1st September on the site MatchWornShirt.

The shirts, emblazoned with “Merci” across the chest, will be signed by players and will be doubly exceptional to fans as they were also worn on the night of the team’s 1,000th Ligue 1 win. The bidding starts at €89 and all proceeds will go to the club’s charity programme, AS Monacœur.

The “Merci” match saw volunteers from the Monaco red Cross and employees from the Princess Grace Hospital invited to attend at the behest of the AS Monacœur programme.

AS Monacœur was launched in 2017 to support the Monegasque association Les Enfants de Frankie. The club has dedicated itself to giving underprivileged and sick kids chances they might otherwise not enjoy. Some of the programme’s initiatives include visiting children in hospital, creating fan experiences, interaction with regional football clubs and supporting local foundations, to name a few.

The shirts will have been disinfected using a UV-C light to remove all DNA, bacteria and viruses, thus eliminating any health risks.

Bids can be placed on the MatchWornShirt website starting at 8:pm on Thursday, 1st October and will continue until midnight Sunday, 4th October. Visit the website here: https://matchwornshirt.com/club/asmonaco.