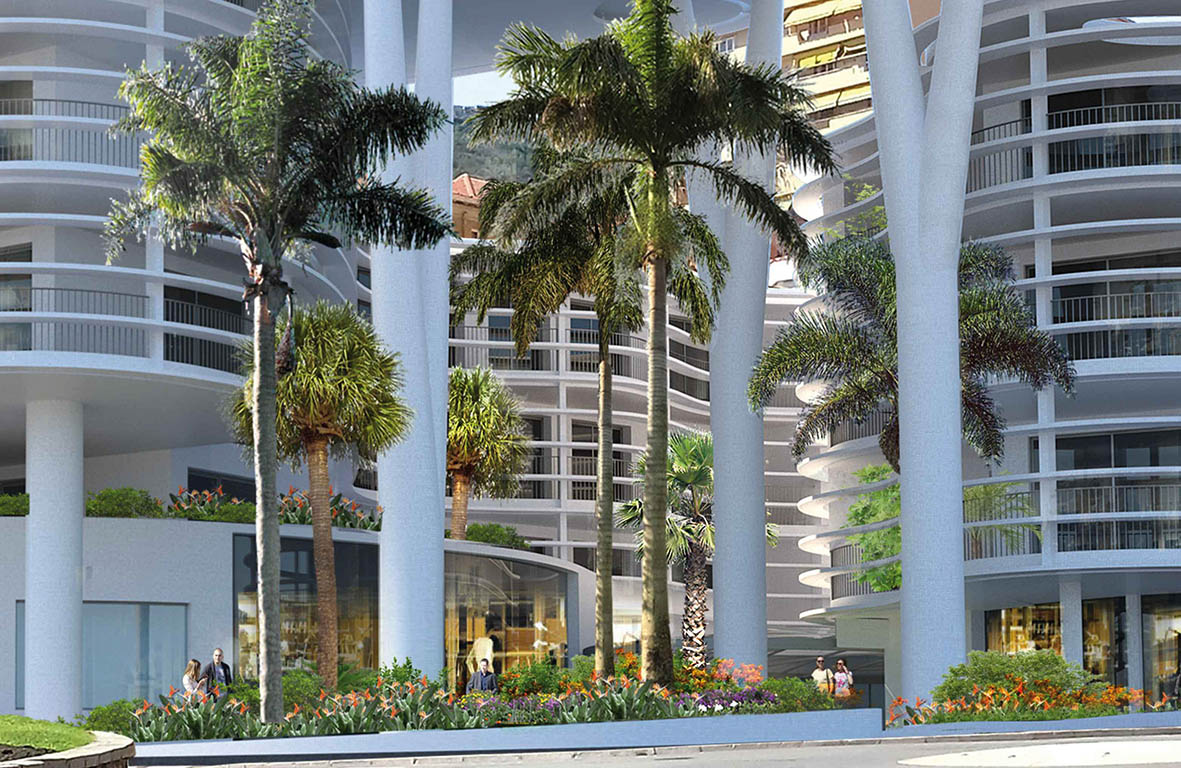 Radically different in scope and design, the two proposed housing schemes announced last week by the Minister of State are moving full steam ahead.

Regally titled Grand Ida and Palais Honoria, the latest projects under the National Housing Plan for Monegasques were formally announced last week, and demolition is already under way of the old to make way for the new.

Design photos of the new sites have been made available that show the scope and beauty of both developments, which together are set to deliver hundreds of new government funded apartments to Monegasque residents.

The Grand Ida, when completed, will create 140 apartments for state-subsidised housing, as well as an additional 20 private homes. It will also include upgrades that benefit everyone such as 288 new public parking spaces, a creche, group life units, offices and shops.

Palais Honoria will add an additional 65 units spread dramatically over 15 floors, as well as 173 parking spaces, some of which will be public, a creche for up to 35 children, and undisclosed as yet “professional premises” that aim to raise the bar and improve the living conditions of the residents, as well as the district in general.

The designs of the two buildings are vast, modern and sleek, though in very different ways. The Grand Ida, designed by architect Fred Genin of Arch Monaco, will be a series of separate but interconnected buildings that will make the best use of space, always a consideration in Monaco, to create green spaces and attractive facades. The feel is homey and inclusive without looking the least bit crowded. Grand Ida, whose name may be changed before completion, is looking to be move-in ready by the start of 2023.

Palais Honoria is all white waves, thoroughly modern yet somehow retro, reminiscent of Space Age concepts of the future. Architects Jean-Pierre Lott and Emmanuel Deverini’s distinctive work has been seen cropping up around the Principality over the past several years, and this complex will be a crowning jewel.

The main building, propped up in front with two massive pillars opening into a grand foyer, leads into a building designed to make the most of natural light. The public spaces are airy, making use of architectural features as design points. Palais Honoria is due to be finished by the end of 2022.

Both projects are being built with strict construction standards set out by the Mediterranean Sustainable Building in Monaco approach. The total cost of the combined projects is estimated to be in the €220 million range, including relocation costs, road works and network installations.