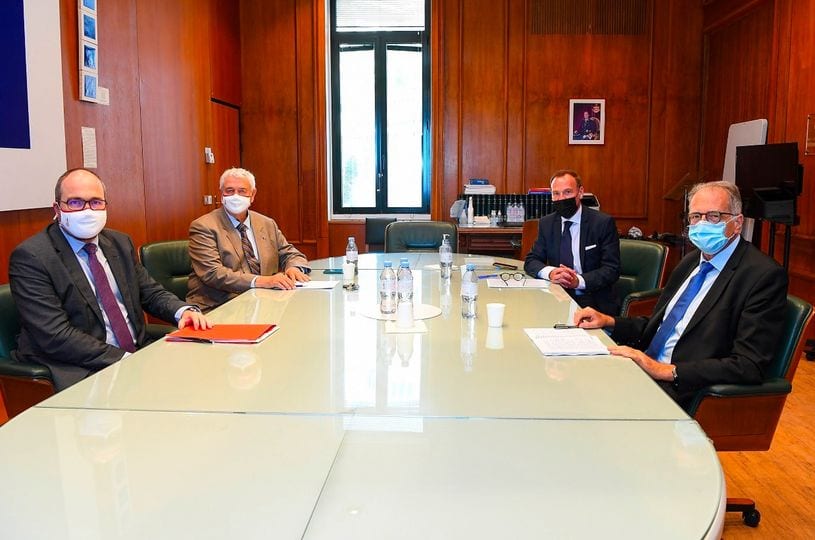 Government officials have met for their first informal meeting to discuss the implications and procedures necessary to fight against money laundering in the Principality whilst respecting the rights of taxable people who obey the confines of the law.
Didier Linotte, President of the Supreme Court of Monaco, and Didier Ribes, the Vice-President, met on 29thJune with Robert Gelli, Secretary of State for Justice-Director of Judicial Services and Michel Hunault, Director of the Information Service and of Control on Financial Circuits, for their first meeting to discuss the Principality’s National Risk Assessment (ENR) regarding Moneyval.
Moneyval is the permanent monitoring body of the Council of Europe entrusted with the task of assessing compliance with the principal international standards to counter money laundering and the financing of terrorism and the effectiveness of their implementation, as well as with the task of making recommendations to national authorities in respect of necessary improvements to their systems.
Monaco’s objective is to strike a delicate balance to block money laundering operations in the Principality, whilst ensuring the fundamental rights of tax paying individuals.
“It is not because the courts are independent that they are not aware of their belonging to the State,” explained Didier Linotte near the end of the meeting. “It is therefore natural that all the State authorities who, whatever their competences, contribute to missions that are otherwise identical, or at least similar, and in any case convergent, meet.”
Robert Gelli added, “The Principality’s considerable efforts in the fight against money laundering, with the strengthening of the operational aspect of SICCFIN and the concern shared by the judicial institution for effectiveness, are carried out with respect for freedoms and fundamental rights, in accordance with the will of the Council of Europe.”
“The exercise of the missions of the financial intelligence unit must respect the rights guaranteed by the judicial institutions,” Michel Hunault said. “Supreme Court and judicial authority are demanding watchers. This is the spirit of our meeting.”
This general meeting is being held ahead of this year’s scheduled on-site visit by Moneyval, where it will evaluate the Principality’s grasp and adherence to the underlying standards and methods put forth by the Financial Action Task Force, a process which started last December with a visit by Moneyval’s training team.