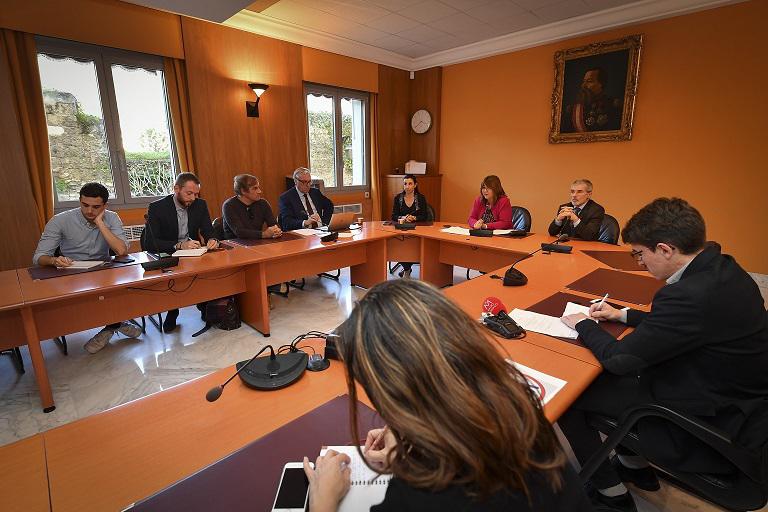 Compulsory helmets for young cyclists and electric scooter users are among a raft of new traffic rules being introduced by the Prince’s government.
As the popularity of low-polluting electric bicycles and Personal Displacement Equipment (EDP) grows, so too does the need for guidelines to ensure the roads remain safe for all users.
A harmonious coexistence with conventional means of transport in terms of security, equipment, sharing of public space and road improvements have been addressed by the government and several measures have been presented to the press.
Compulsory use of helmets for all cyclists up to the age of 18, authorisation for bikes to use bus lanes, and a lowering of the age for Monabike usage from 16 to 14 are among the new transport rules.
“The Prince’s Government relied on the expertise of around 40 representatives of institutions and the voluntary sector to conduct a study, the objective of which was to define rules of use in order to improve both mobility already in place and the safety of all users,” said Minister of Equipment, Environment and Town Planning Marie-Pierre Gramaglia.
Use of electric scooters has also now been authorised, given certain rules are adhered to: retro-reflective clothing or equipment must be used; helmets are compulsory for users up to age 18; the e-scooters must have horns, lights and a reflective device; and they may be ridden on roadways, bus lanes and cycling paths, but are prohibited on pedestrian pavements unless being pushed by hand.
Skateboards, rollerblades and regular scooters are considered part of pedestrian traffic and are therefore only allowed to be used on sidewalks. Hoverboards, segways and unicycles are not allowed on roads, but can be used on cycle paths.
Implementation of these new rules will come into effect in the next few weeks.

Photo: Marie-Pierre Gramaglia, Minister of Equipment, Environment and Town Planning, and Patrice Cellario, Minister of the Interior met with the press last week to go over the new traffic rules relating to bikes and EDP’s. ©Michael Alesi/Communication Dept