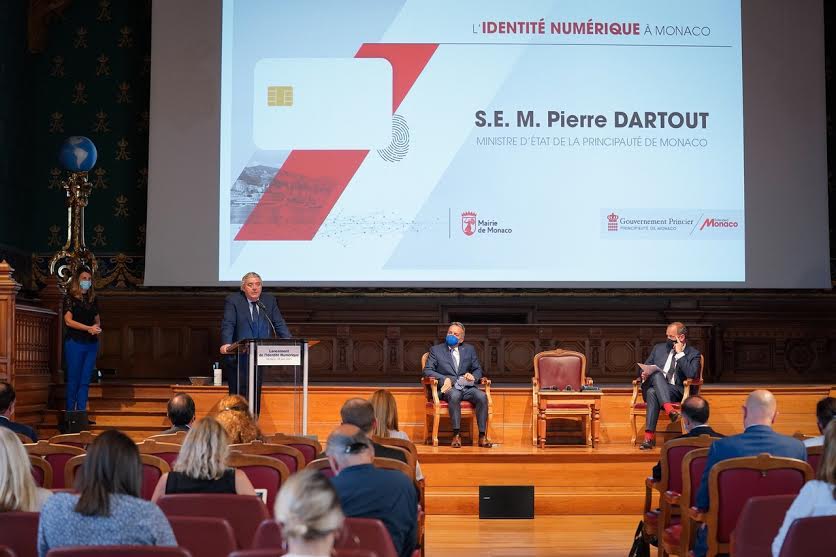 Digital ID cards are now available in Monaco and can be used for a number of things including international travel. Here’s everything you need to know about this latest innovation.

The Principality debuted its new digital identity cards for both nationals and residents at the Oceanographic Museum on Monday.

“From today, the digital identity of Monegasques and residents becomes a reality and opens up new and sure perspectives in the service of the population of the Principality,” said Minister of State Pierre Dartout.

He was joined at the launch by Mayor of Monaco Georges Marsan and Frédéric Genta, Interministerial Delegate in charge of Digital Transition (DITN), who explained the intricacies of the new card.

The ID cards will be managed and distributed by the Maire and state services, working closely with French company IN Groupe, who are specialists in secure identity and associated digital services.

The ID cards are designed to streamline many administrative processes without compromising personal safety and quality of life. Pierre Dartout referred to the new digital card as an “open sesame” for online public and private partner services, using an ultra-secure single authentication system following the highest international standards in the field.

Security is a huge factor in the deployment of this card and the government said that preventing identity theft was a priority when designing it. Several security factors have been built-in such as a five-digit PIN code to use the card on a computer and a six digit one for smartphone use. This, says the government, makes it unalterable and tamper-proof.

Additionally, the user can access or delete personal data at any time, giving them personal control over the information that is available on the card. If the card is lost or stolen, it will be possible to block the card within 24 hours.

Monegasques and residents can use their cards for general identity purposes within the Principality as well as for travelling outside the country, a new feature.

All available services are expected to be up and running by September, though some are already compatible. Citizens and residents can sign or co-sign documents electronically, even from mobile smartphones, as well as make declarations of honour, civil status certificate requests, and connect to Monaco Telecom (MyMT) and SMEG (MyNexio) private spaces.

This new ability will streamline administrative processes as well as give a probative value on the e-signature, which has already been implemented in Monaco. In the coming months, the card will be a “one-stop-shop” offering access to the administrative functions of the public services.

“Monaco is launching its digital identity and thus enters the top five of the most advanced countries in this area, like Singapore and Estonia in particular,” said Frédéric Genta. “In the post-crisis world, digital identity is an essential infrastructure for the sovereignty and attractiveness of Monaco. Our ambition is to equip all Monegasques and residents, and at least two-thirds of them by the end of 2022.”