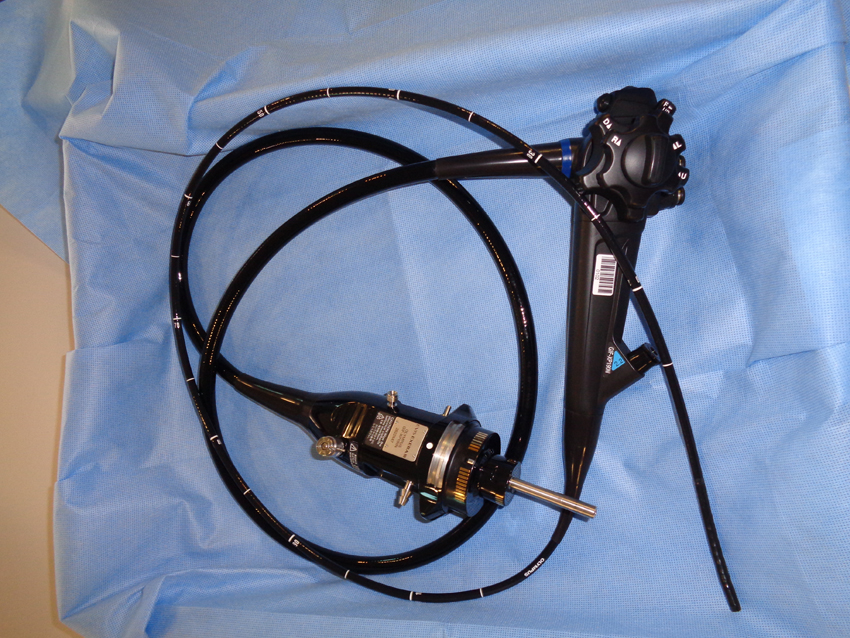 Thanks to a donation of €31,359 from the Monegasque association Children & Future, Lenval Children’s Hospital in Nice has been able to acquire a gastroscope. This device is used to explore the interior of the oesophagus and the stomach through natural channels. This involves about 250 examinations per year at the hospital. The contribution from funds raised during the 2016 No Finish Line, which involved more than 13,000 participants who travelled a total of 392,516 kilometres. The €392,516 raised will be donated to finance projects for suffering and disadvantaged children.

This gastroscope is used by paediatric gastroenterologists for diagnostic and also therapeutic purposes. It makes it possible to carry out quality endoscopies thanks to the resolution of the very sharp imaging. The device also has an operational channel allowing the passage of biopsy forceps or other surgical devices.

Dr Stephanie Berthet said: “This gastroscope is suitable for newborns up to 7kg. The five gastropediatricians at Lenval use this procedure every week. It is therefore an indispensable device for the practice of our profession. It allows us to make a diagnosis by performing biopsies when exploring the upper digestive tract. In addition, it is very useful for certain therapeutic procedures. It is a very delicate device to handle which is sterilised between each use.” 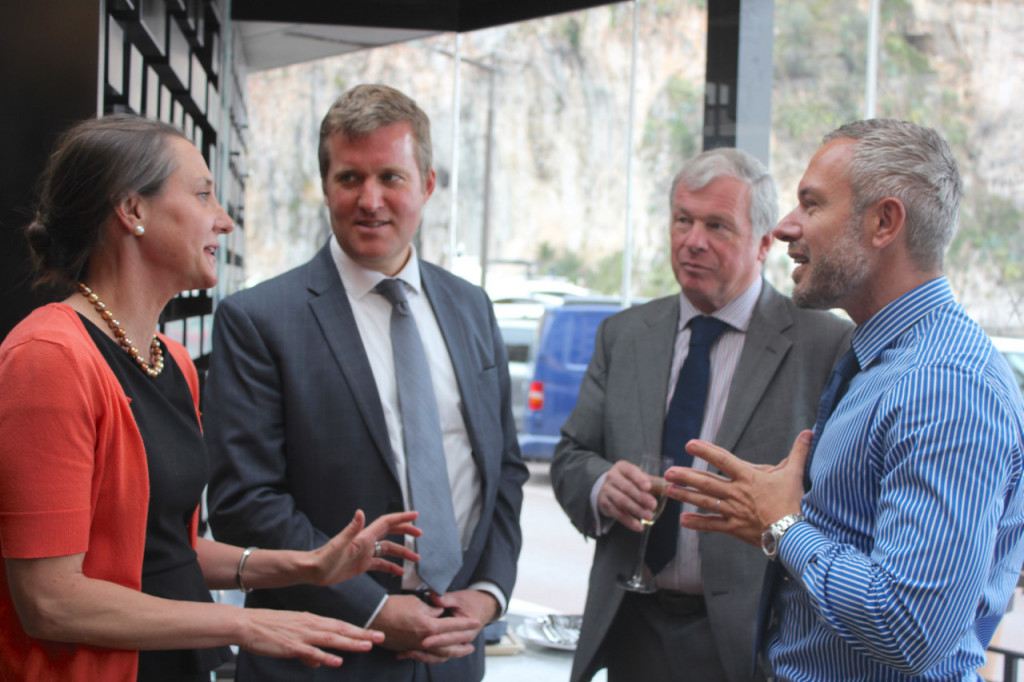 Kate Snipes, a USDA Advisor for Agricultural Affairs; Simon Hankinson, US Consul General in Marseille; Monty Brown of the US Meat Export Federation; and Riccardo Giraudi, owner of the BeefBar (Giraudi Group). Photo: Monaco Life[/caption] On Monday, the BeefBar in Fontvieille welcomed newly appointed American Consul General in Marseille, Simon Hankinson, in his first visit to Monaco. The unique occasion, hosted by the United States Department of Agriculture (USDA) in Paris, in cooperation with USDA office in Rome and the US Meat Export Federation (USMEF), brought together some 40 restaurateurs in the South of France, Monaco and Northern Italy. The event was to highlight high-quality organic American beef to the hotel and restaurant industry in the high-value integrated regional market. Riccardo Giraudi, owner of the BeefBar, is a prime example of high value. Beefbar is part of the Giraudi Group, the European leader in the import of hormone-free US Black Angus for over ten years and the first restaurant to import American organic beef. [caption id="attachment_21879" align="alignnone" width="640"] 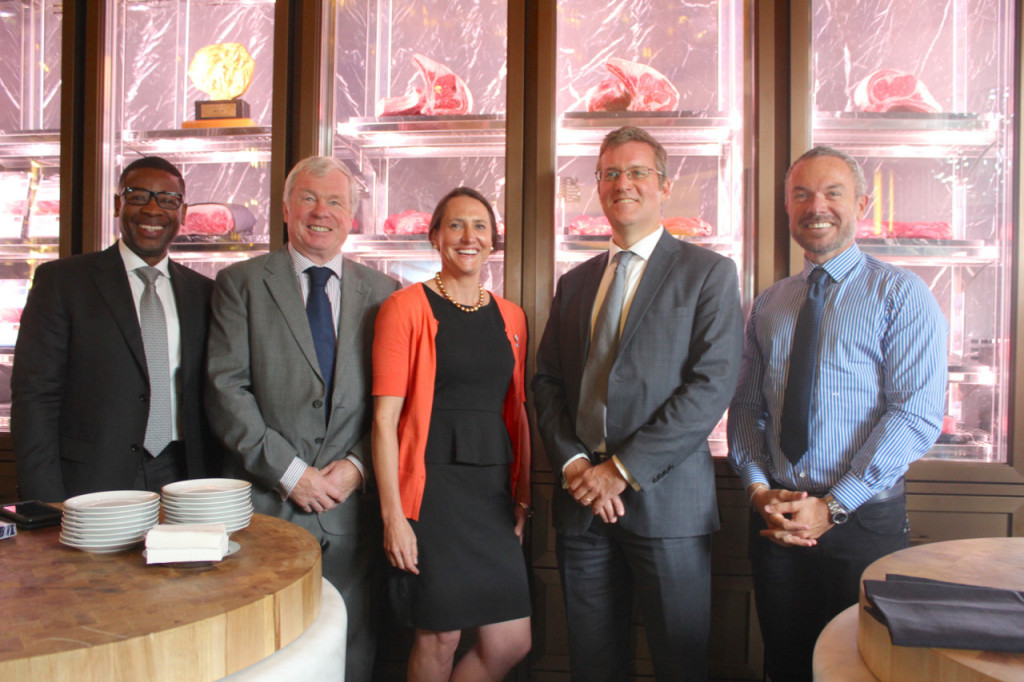 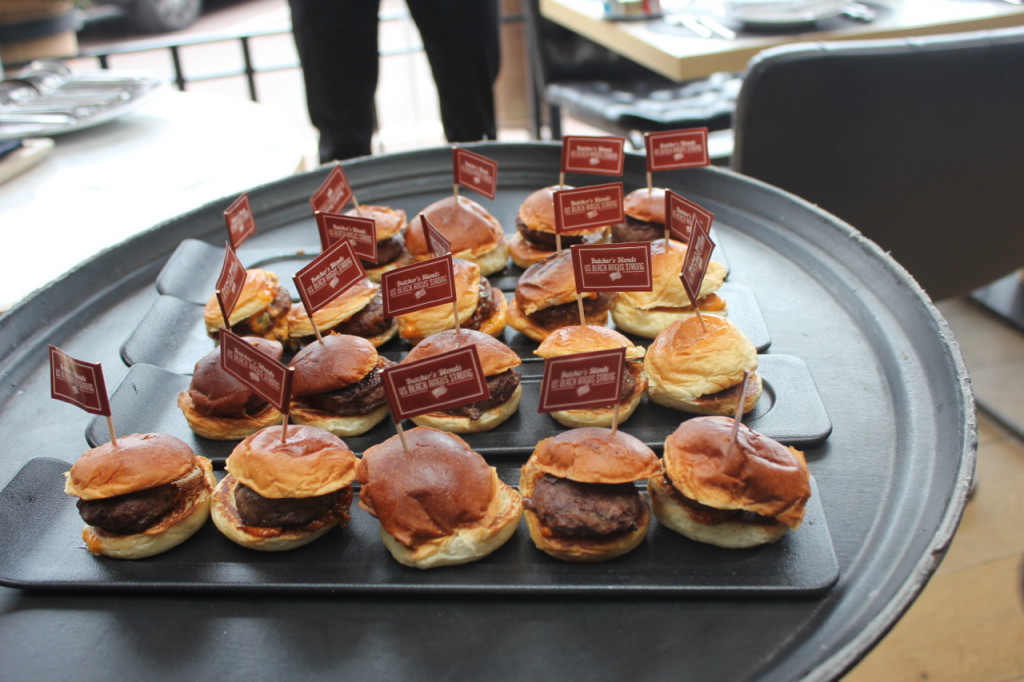 BeefBar burgers. Photo: Monaco Life[/caption] “Today we are happy to show you what American beef can offer,” Mr Giraudi, whose group also owns Song Qi, Mozza, Bouchon, La Salière, Moshi Moshi, Grubers and Pantone Café in Monaco, announced as sliders were being sampled by hungry guests, followed by other tasting plates. Monty Brown of the US Meat Export Federation, took BeefBar’s reputation a step further by commenting: “We are in one of the best restaurants in the world for serving quality American beef.” Kate Snipes, a USDA Advisor for Agricultural Affairs told Monaco Life, “The US is the largest beef producer in the world and we’re not saying to only import American beef but we have a passion for making quality products to put in front of customers.” Ms Snipes also pointed out that despite common belief about the US cattle industry being industrialised, 97 percent of the beef cattle farms in America are family-run. [caption id="attachment_21877" align="alignnone" width="640"] 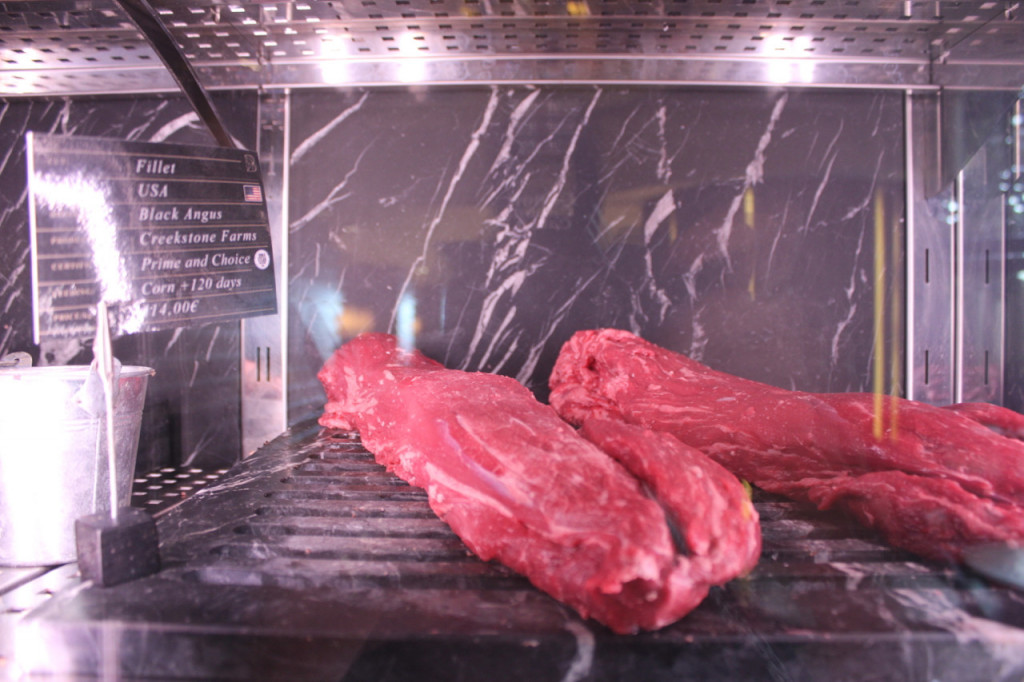 US Angus beef at BeefBar. Photo: Monaco Life[/caption] Due to EU legislation, only high-quality beef can be imported from the US, which means, according to the US Meat Export Federation, that the beef is “produced from cattle less than 30 months of age” and are part of a non-treated cattle program (NHTC) approved by the EU. Monaco Life also sat down with Simon Hankinson, US Consul General in Marseille, to talk about his new post in Marseille, which he started in July of this year. “We have a great relationship with the French,” he commented, “and our team works hard at developing people-to-people connections to continue to build on existing Franco-American relations.” Mr Hankinson grew up in Princeton, New Jersey, although he lived in Paris, as his father was with the Foreign Service, with his family for four years from the age of one. He speaks French, but credits this more to his time in Togo, as Deputy Chief of Mission from 2011-2014. “I find the French very accommodating when you make an effort to speak their language.” He earned an MA from St Andrews and a law degree from the College of Law, London and in 1999 entered the Foreign Service, which has included posts in Delhi (India), Suva (Fiji), Accra (Ghana) and Bratislava (Slovakia). From 2014-2015, Mr Hankinson was a Counterterrorism Fellow at National Defense University in Washington, where he earned an MA in International Security Affairs before moving on to Senior Coordinator for Strategic Planning in the Visa Office of the Bureau of Consular Affairs in Washington. “Representing the US is a large part of my job,” he said. “We work with various community programs from Toulouse to Menton, and as France has a lot of cultural ceremonies related to war time, I’m often invited to attend.” Mr Hankinson pointed that the US Consulate General Marseille offers all the consular services of the American Embassy in Paris. And since the US Consular Agency in Nice closed in September 2015, Marseille is now the closest location for American consular, notorial and administrative services on a day-to-day basis, as well as for US citizens in emergency situations, and many of the services can be found online. Article first published September 18, 2017. 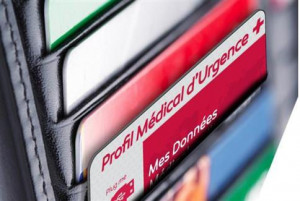 As the Monaco Government continues with its promotion of e-government, state workers affiliated to the Medical Benefits Service (SPME) can now apply for reimbursement of medical bills in a secure electronic format directly from the medical practitioner’s office.

In the interests of security, none of the data are stored on the IT system of the practitioner and information is sent immediately to start the refund process.

SPME policyholders will no longer have to provide paper copies and the reimbursement period is between five and 10 days. Individuals will not have to make any other claim for repayment of medical expenses as they arise, the government says.