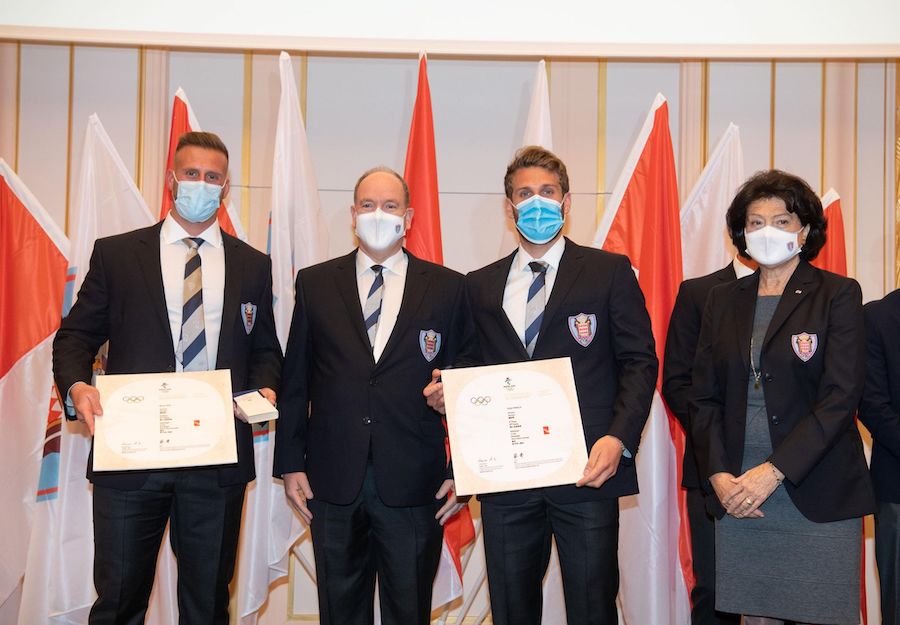 In recognition of their record-breaking performance in Beijing in February, bobsledders Rudy Rinaldi and Boris Vain received their Olympic diplomas from Prince Albert II at a presentation on Thursday.

In recognition of that incredible feat, the Olympians were welcomed by Prince Albert II, a handful of government ministers and Yvette Lambin Berti, Secretary General of the Monegasque Olympic Committee. The latter sought to reflect on the work one in order to bring Monegasque sport to this point.

“These results are the fruit of an unprecedented work dynamic,” she said, highlighting structural reforms which have put the emphasis on sport in schools in particular.

Returning to the achievements made by this cohort of Olympians, Prince Albert said, “Through your performances, you contribute to Monaco shining on the international stage, and to the promotion of our values.” He continued, “You are ambassadors of our country and you have marvellously carried out your mission.”

Those words applied not only to the record-breaking bobsledders, but also to Monaco flag-bearer Alessandria Arnaud, who secured 13th in the Men’s Downhill, the best result of any Monegasque skier.

As well as reflecting on the achievements of the past, the presentation was an opportunity to also look to the future. With Paris 2024 just two years away, Prince Albert II is hoping for another strong Olympic performance. “My objective for Paris, our objective with the Monegasque Olympic committee, is to back-up these excellent results not only in Beijing but also in Tokyo.”

The foundations of future Olympic success have been laid, now it is time to build on them.