Monaco’s run leaves them at the doorstep of Europe

Monaco’s run leaves them at the doorstep of Europe 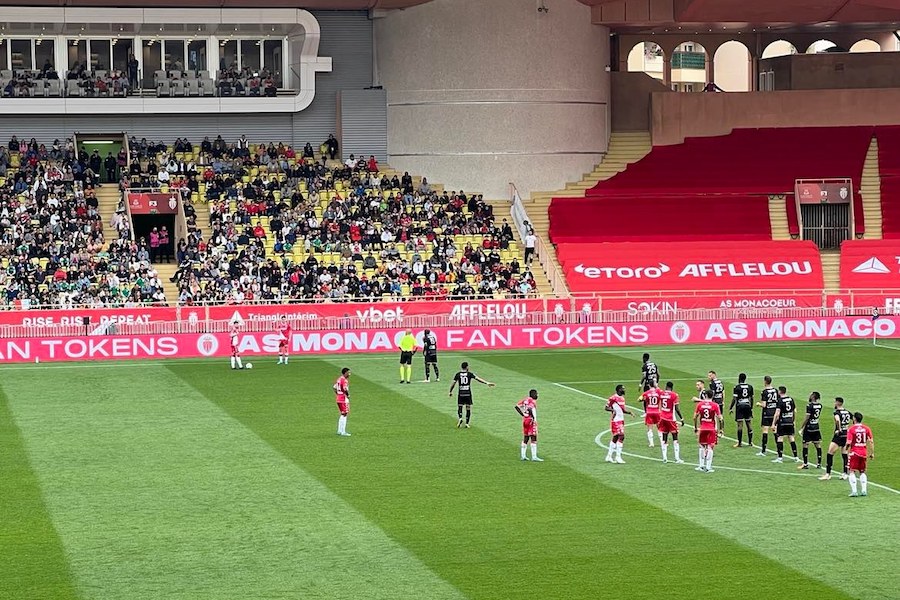 A 2-0 victory for Philippe Clement’s men against a stubborn Angers on Sunday extends their winning streak to seven, leaving them on the cusp of securing European football next season.

Good work in the month of April in particular leaves AS Monaco well and truly in the hunt, yet their fate does not rest entirely in their own hands. Rennes’ victory against Saint-Étienne on Saturday meant that the Principality side had to get the result on Sunday to keep on their heels.

Saint-Étienne may not have done Monaco any favours, but Olympique Lyonnais did on Sunday night. Their 3-0 victory at Olympique Marseille in the “Choc des Olympiques” means the second place spot is back up for grabs. Monaco and Rennes are only three points behind, and both have superior goal difference, whilst Rennes host Marseille in two weeks’ time.

It may not be entirely in Monaco’s hands, but should they win their remaining three matches, which is no easy task, they will likely be assured of Champions League football next term. As it has throughout this run, Clement’s focus is purely on his side, and not on sending out any signals to the rivals for the European spots. “We aren’t playing against Rennes or against teams at the top of the table. We are solely focused on ourselves, on our game. We don’t have control over the other results, so it would be a waste of energy to linger on it,” said the Belgian.

Monaco were made to work hard for the win, and had to be patient in order to work their openings against an Angers side that, in defeat, are well and truly dragged back into the relegation scrap.

The first chance of the match fell to Marin Jakolis, but he couldn’t steer his poorly hit volley on target in the opening minutes of the match. They should have been almost immediately punished for that miss, but Wissam Ben Yedder was uncharacteristically uncomposed as he skied over when one-on-one.

The break-through would come in fortuitous circumstances. Youssouf Fofana’s mazy dribble through the Angers defence, which led Clement to joke post-match that he will “ask him tomorrow if he skis from time-to-time”, worked an opening on the edge of the box. His shot was parried by Anthony Mandrea, but then rebounded off Abdoulaye Bamba and into the goal.

Monaco pushed hard to double their lead at the beginning of the second-half, and incredibly found the net three times in six minutes, only for all three goals to be chalked-off for offside. That, for a short time at least, made linesman Mohamed Benkemouche possibly the most unpopular figure in Monaco, although all three decisions were undoubtedly the right call. Some of them obviously so, but the linesman was hesitant to raise the flag before the move was completed, a decision backed by Clement, who told Monaco Life post-match, “I prefer that the linesman waits to put up the flag, because otherwise players could stop.”

Ben Yedder, who netted two of those offside goals, would finally get his reward. An incredible mis-match, which left Monaco five-on-one on the counter was well-worked. Kevin Volland played the key pass to Ben Yedder, who made no mistake with the finish. That was his 21st goal of the season, the first time he has notched up such a tally in a league season.

From there, Monaco saw the match out with professional game management. The victory rarely looked in any doubt, as they took another step closer to European football next season. They next face reigning champions LOSC Lille on Friday, a stern test, which, should they pass, will almost guarantee European football in some shape, form or description next season. 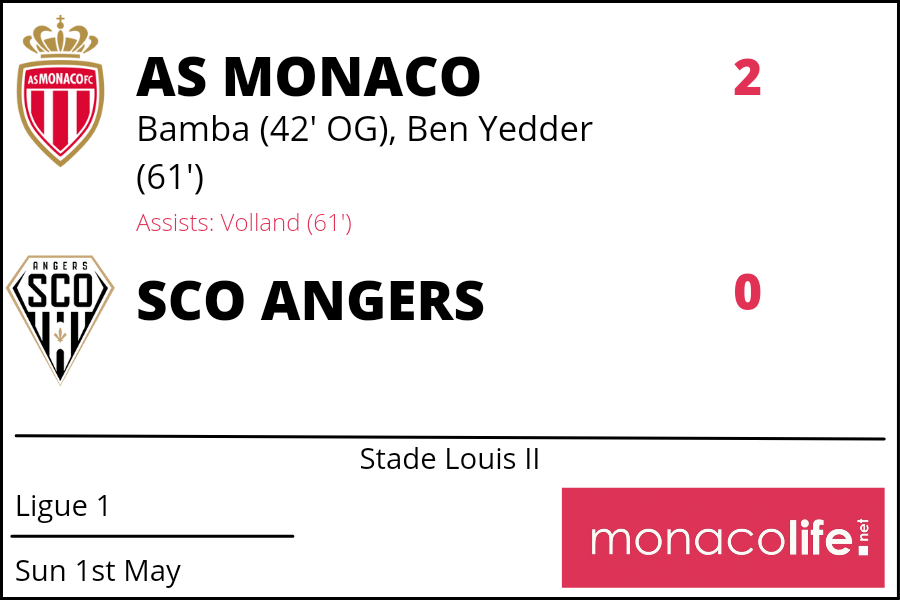