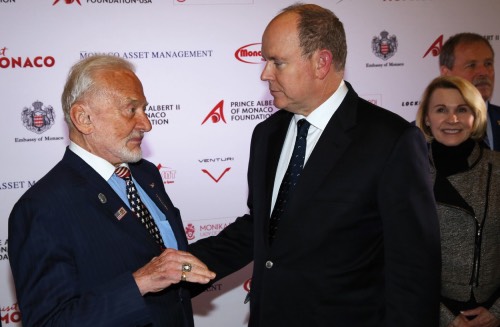 Monaco’s contribution to the future of space travel and a new space economy will be explored at the next ‘Pioneers and innovators of our time’ event, organised by the Embassy of Monaco in Washington. The embassy has now teamed up with Day One Events to deliver the innovative conference in Monaco, which focusses on humanity and space exploration.

The organisers of Day One Events, a summit for the digital age designed for global decision makers and “doers”, and the Embassy of Monaco in Washington, D.C., have signed a Memorandum of Understanding to incorporate the embassy’s highly successful space initiative ‘Pioneers and innovators of our time’ (PIOT), into the framework of future Day One Events.

Eric Stallmer, the president of the Commercial Spaceflight Federation, the world’s largest trade organisation dedicated to promoting the development of commercial spaceflight, made the announcement during the 2019 Day One Events program on behalf of Monaco’s ambassador to the United States and Canada, Her Excellency Maguy Maccario Doyle, and Denis Jacquet, founder of Day One Events.

In announcing the partnership, Mr. Stallmer outlined topics to be covered in future sessions including the new space economy, the role of public-private partnerships in low-Earth orbit space stations, space tourism and related industries, the future of healthcare in space, and how satellite technology and space exploration could be the key to addressing climate change.

Dr. Ilhami Aygun, president of Space Systems International Monaco and a panelist in the 2016 and 2018 PIOT events, also addressed the gathering to speak about MonacoSAT2, the second Monaco satellite to be launched in 2022-2023, in follow up to the successful launch in April 2015 of Monaco’s first telecommunications satellite.

“This new partnership, along with the Prince Albert II of Monaco Foundation-USA and Monaco’s “space agency” SSI-MonacoSat, will focus on the relationship between humanity and space, the economics and commercial opportunities of space travel, as well as its challenges, for the protection of our planet,” said Maccario Doyle. “We hope to elaborate on, and answer, the age-old question, does the future of our planet depend on space? Our goal is also to inspire young people to follow careers in science and technology and will feature an informative educational component for our youth.”