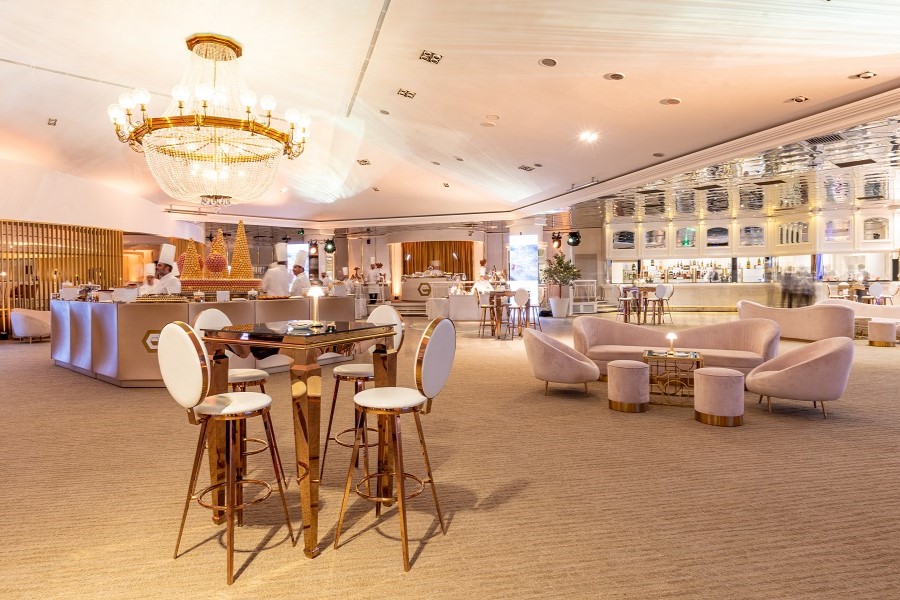 The former Sun Casino at the Fairmont Hotel has reopened after a massive make-over and transformation of the space into a gleaming events facility with a capacity of 1,500.

The Grand Salon, the new and dedicated events space at the Fairmont Hotel, was inaugurated on Thursday 10th November, hosting a crowd of some 500 guests.

The 1,465m2 space inhabits what was, in another era, the SBM-operated Sun Casino, which shut definitively on 14th March 2020 to make way for the new incarnation. The works needed to transform the space took place from May to early November for an undisclosed sum.

The Fairmont says it intends to use the Grand Salon, which can accommodate up to 1,500 people, for conferences, weddings, exhibits and other events.

“This new room makes the Fairmont the hotel with the largest lounge space in the region,” said Pierre-Louis Renou, General Manager of the Fairmont.

For those looking for remnants of the old casino, there will be only a few. The spectacular chandelier in the room’s centre is still there, as are a few ornate mirrors, but otherwise it is a beige-hued blank slate, allowing those who rent the space to decorate according to their own needs and tastes.

The inauguration of the Grand Salon was also an opportunity to launch a new brand, Grand Events, which offers in-house catering services.

Charlotte Bohler, the director of Grand Events, says, “The objective is to relaunch events and give a new image to the Fairmont.”

But the revamp has not stopped here. Renovations in the luxury establishment’s restaurants, public spaces and 596 rooms are also in the works, with the rooms overlooking the Formula 1 circuit currently being transformed so that they are ready for next year’s Grand Prix.

Completion of the total project is expected by April 2024.