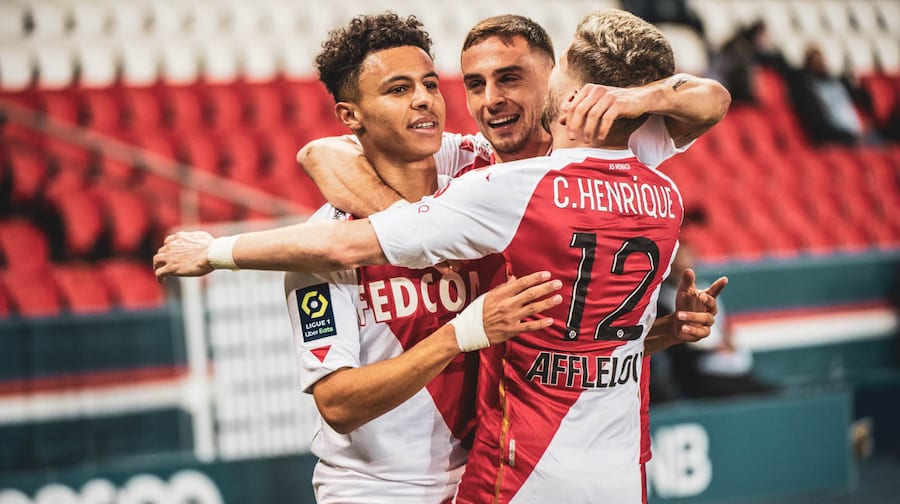 AS Monaco soundly beat last year’s reigning champs and one of their biggest rivals, Paris Saint-Germain, two to nil in an away game at Parc des Princes on Sunday.
The Red and Whites faced off against powerhouse team Paris Saint-Germain on Sunday in a much-anticipated game that has solidified Monaco’s status as one of this season’s teams to beat.
Coach Niko Kovac put all the biggest guns on the field, with a line-up that included Wissam Ben Yedder, Kevin Volland, Sofiane Diop, Axel Disani and Ruben Aguilar.
The match couldn’t have started off much better for Monaco with Diop scoring the opening goal at only six minutes in. He planted a magnificent header right between the posts, scoring his sixth goal this year and surprising PSG, who had not conceded a goal this early in the game once this season.
This was the only goal scored in the entire first half, with only a few close calls for both sides. One was a free header made by Disani, handily blocked by Paris goalkeeper Keylor Navas, and another by PSG striker Idrissa Gueye, which was a close-but-no-cigar shot handled brilliantly by Benjamin Lecomte.
After halftime, both sides kept things under control for the first few minutes, but at the 53 minute mark, Guillermo Maripán picked up a loose ball and knocked it into the bottom corner of the net, putting Monaco in a comfortable two to nothing lead.
Paris has not seen a two point deficit since 15th February 2020, so needless to say they were a bit rattled. Couple this was a strong showing by the Red and White’s defence and it was Monaco’s match for the taking.
The win leaves Monaco in the enviable position of remaining undefeated in 2021. Though they are still in fourth place in the standings, they are solidly there, being 12 points ahead of the fifth place team, Lens. This match also dropped PSG to third, putting them only two points and spitting distance ahead of ASM, with league-topping Lille only four points ahead.
“It’s very tight and interesting for everyone,” said Coach Kovac. “I hope it will continue like this until the end of the season, it’s exciting. It is in the interest of Ligue 1, because there is not only one team that is dominating the league.”