Exams in the Monegasque language have started and will continue into June. On Tuesday, May 9, grades 6 and 7 of Monaco’s public and private schools – about 870 pupils in total – started these written examinations at their respective institutions: Collège Charles III and Collège François d’Assise Nicolas Barré.

On Thursday, May 11, it was the turn of 138 of the older students, grades 8 to 12, who chose the “Monégasque” option, to meet at Espace Léo Ferré for the written tests, either the Language and History of Monaco or a Language test.

The youngest students (all grade 5 students of the six primary schools in the Principality) will in turn write the Monegasque language in their respective schools on Tuesday, May 23.

In total, nearly 1,400 students this year are taking part in the Monegasque Language Competition. Only 90 of them will be selected for the oral exams which will take place in the town hall, before a jury, from June 6 to 9.

This selection of students will all be invited to the traditional awards ceremony of the Concours de Langue de Monégasque, held on Thursday, June 22 at 8 pm in the Cour d’Honneur of the Town Hall in the presence of top officials and personalities of the Principality.

Royal visit to US this September 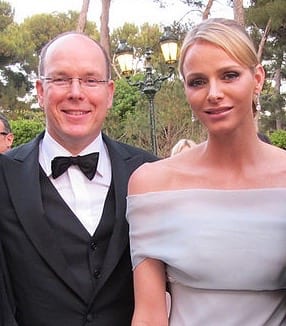 Photo: get noticed communications[/caption] Prince Albert and Princess Charlene will celebrate the tenth anniversary of diplomatic relations and the exchange of ambassadors between Monaco and the US by visiting Washington DC and New York this September. Following their visit to the capital, Albert and Charlene will travel to New York City to inaugurate a new Cartier store, which will feature a tribute to Prince Albert’s parents, Prince Rainier and Princess Grace. Prince Albert also plans on taking his wife to a US city close to his heart. “I’d like to show her Ocean City, New Jersey,” he said. “I used to go there a lot when I was young,” Prince Albert is reported as telling People magazine. The Kelly family had a vacation home on the Jersey Shore. “There’s still a Kelly reunion at Ocean City every Labour Day,” Albert said, adding that this year, “maybe we’ll just surprise them!” The couple will once again visit New York in October, to attend the annual Princess Grace Foundation dinner.