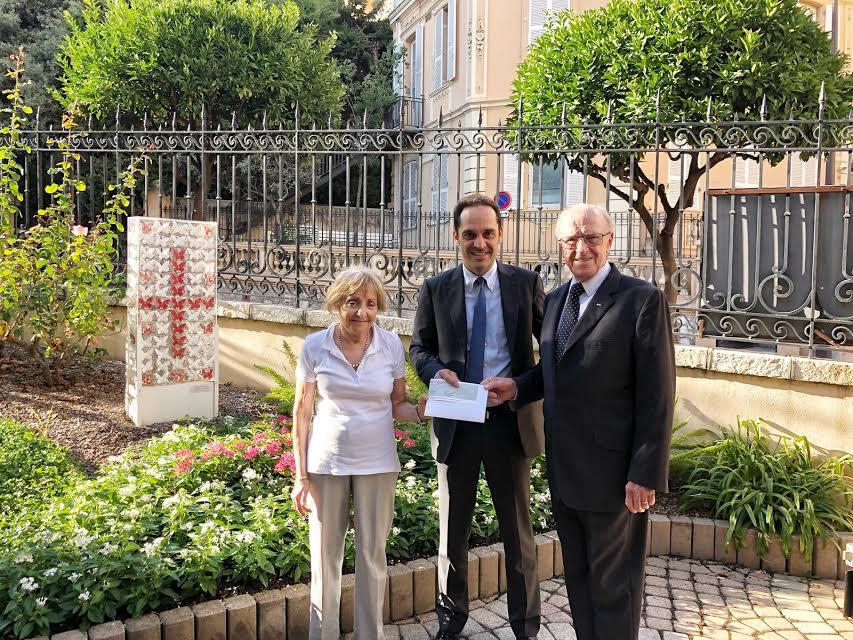 The American Aid Association recently handed over €100,000 to the Monegasque Red Cross to assist American citizens residing or visiting in the Principality.

President of the American Aid Association Peter K Murphy and Vice-President Merrily Lustig-Tornatore met with Frédéric Platini, Secretary general of the Monaco Red Cross on 23rd September to offer the endowment as a slush fund for Americans who find themselves in trouble or unfortunate situations whilst living or staying in the Principality. Part of the fund will also go toward educational and cultural interactions between the youth of both countries.

The American Aid Association was formed in 1948 to help Americans who found themselves in temporary financial straits, hospitalised, incarcerated or residing in retirement homes. The late Princess Grace championed the association and worked with them for several years in conjunction with the now-defunct American Consulate in Nice.

Traditionally, the association was funded over the years by prominent Americans living on the Côte d’Azur, though it has recently decided to cease activities by its Board of Trustees.

In addition to the money received by the Red Cross, the American Aid Association has given some of the remaining funds to Riviera Lifeline, which assists elderly Briitsh and American residents living in the area.