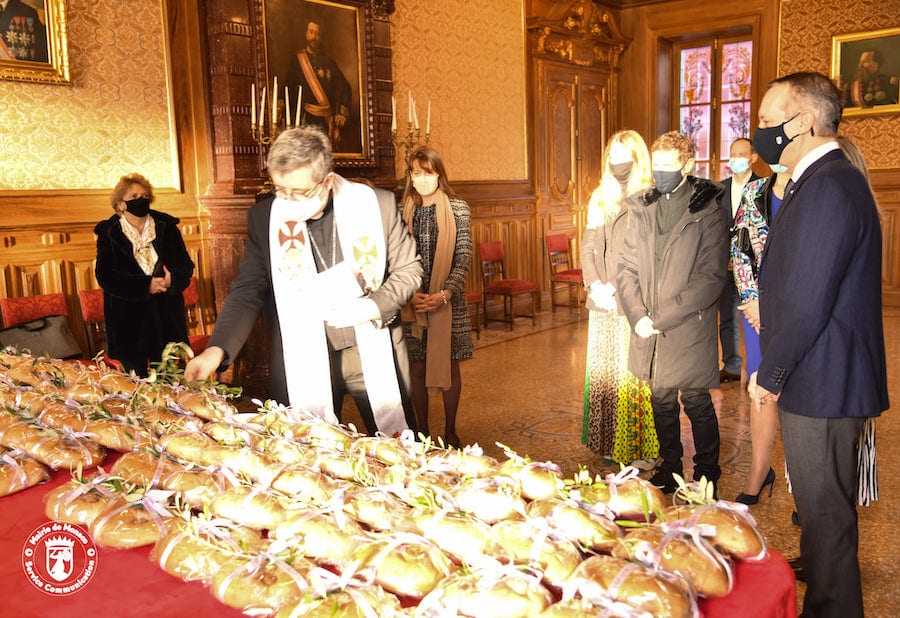 The Monaco Municipal Council participated in the beloved holiday tradition of receiving a blessing for their Pan de Natale, a symbol of sharing and unity linked to the Christmas season.

In a year where so little is the same, it is comforting to see some traditions persist. The Mayor of Monaco, Georges Marsan, gathered his deputies Marjorie Crovetto, Françoise Gamerdinger, Jacques Pastor, Karyn Ardisson Salopek and Mélanie Flachaire, along with the President, Claude Manzone and Vice-President, Michel Coppo of the National Committee of Monegasque Traditions to a blessing of a Pan du Natale.

Monseigneur Dominique-Marie David, Archbishop of Monaco, did the blessing in the Salle des Mariages at the Town Hall, with full social distancing measures in effect.

The Pan du Natale is a round-shaped bread, historically decorated with a cross formed by either walnuts or hazelnuts and surrounded by olive twigs. In homes, the bread is placed in the centre of the table on Christmas Eve or Christmas Day after being blessed by either the local priest or the head of the household. Thirteen desserts are placed around the bread, one for each day leading up to the Epiphany.

The bread is meant to be shared and offered to those who enter the home during the holiday season in the spirit of giving.

The Town Hall, looking to “emphasize this notion of sharing, by making a donation in favour of one or more associations” presented a cheque of €1,000 to the AFM-Telethon Monaco to show support to the organisation whose work has been greatly curtailed this year due to the pandemic.