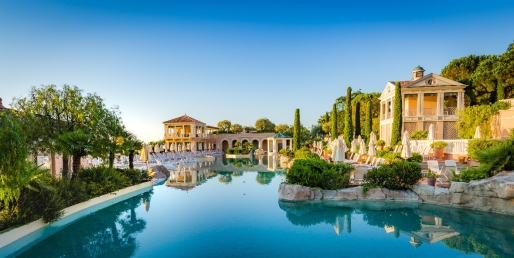 The inviting waters of Monte Carlo Bay Hotel & Resort have been voted the best in the world, outshining the finest hotels in Europe, the Middle East, Africa and Asia.

The 17th edition of the distinguished Prix Villégiature Awards was held on 14th October at Château de Ferrières, with a jury composed of 22 influential journalists and press correspondents from 15 nationalities and five continents.

Monte Carlo Bay Hotel & Resort received the ‘Best Hotel Pool in Europe’ award for its large indoor-outdoor pool and sandy lagoon. Bordered by the Mediterranean Sea and surrounded by more than 1,500 species of flora, the pool is a haven of peace and tranquility.

The hotel is the latest addition to the Monte-Carlo Société des Bains de Mer (SBM) group. Opened in October 2005 on the shores of the Mediterranean Sea, the hotel has 334 rooms, 75% of which have a sea view. Its four hectares of gardens feature waterfalls, solariums and the swimming pool with turquoise sandy-bottom lagoon. It also offers Michelin-starred cuisine and is Green Globe certified for its commitment to sustainable development.