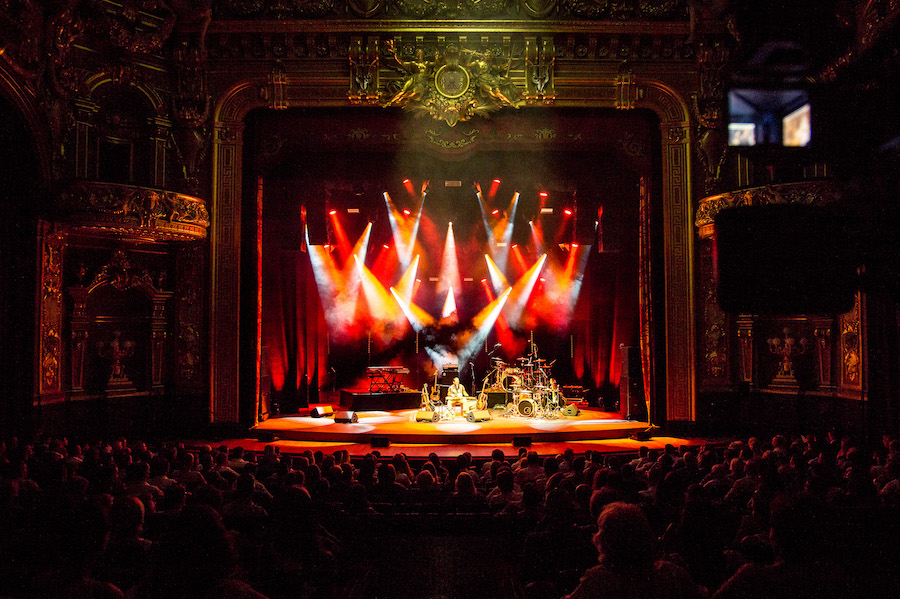 The 16th edition of the Monte-Carlo Jazz Festival is featuring 11 dates with an eclectic schedule of performers ranging from 1960’s progressive rock legends Jethro Tull to Cuban Jazz with Bona/Rodriguez.

This year’s Monte-Carlo Jazz Festival is going to be one to remember! Running from 9th November to 4th December at the Opera Garnier Monte-Carlo, the line-up is sure to have something for everyone.

The event starts off with a reunion of the electric quartet of Redman, Mehldau, McBride and Blade: A Moodswing Reunion on 9th November, followed by a special Master Class conference with Alex Jaffray at the Salon Eiffel at the Hermitage Hotel on the 12th.

Then on 23rd November, classic rock stars Jethro Tull return to the stage with their quirky brand of flute-infused rock. The next night on the 24th will be Jazz and Cuba with Richard Bona and Alfredo Rodriguez featuring Michael Olivera and Gonzalo Rubalcaba, with Matt Brewer and Eric Harland playing hip-swinging, get up and dance jazz with a Latin twist.

Next up on the 27th are French jazz rockers Magma and the Monte Carlo Philharmonic Orchestra playing side by side in a show blending two worlds to great effect. Two nights later on the 29th is Jazz and Modern Music, a special event put on by the young talents from the Académie Rainier III.

Then there’s two concerts in one on the 30th with Cécile McLorin Salvant and Sullivan Fortner and Sofiane Pamart performing jazz and rhythm and blues numbers.

On 1st December, to start the month off right, there will be a Tribute to Chet Baker film screening at the Audio-Visual Institute of Let’s Get Lost by Brice Weber. The following night, on the 2nd, a concert by sultry American singer and composer Melody Gardot will hit the spot for true jazz aficionados.

On the 3rd, Richard Galliano and Anour Brahem will share the night but not the stage in a two-fer concert experience. The Anour Brahem Quartet will play their brand of instrumental music whilst Galliano will demonstrate a different approach with his New York Tango Trio.

The last night has been set aside for Chilly Gonzales. The Canadian musician, songwriter and producer comes for one night only, closing the Festival on the 4th and bringing down the house with him.

Tickets are now available at: https://www.montecarlosbm.com/en/shows-monaco/monte-carlo-jazz-festival