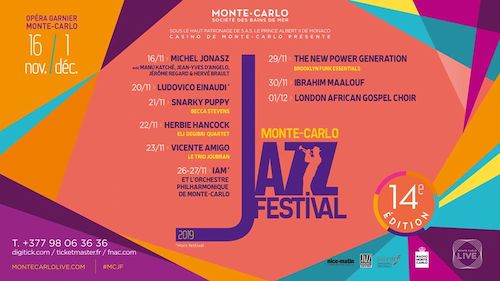 Since 2006, the Monte-Carlo Jazz Festival has given music lovers a chance to spend cold nights enjoying hot live concerts.

The 2019 edition of the festival, being held at the Opéra de Monte-Carlo in the Salle Garnier, is now in full swing with an eclectic and electric line-up. Touted as a jazz festival, the event welcomes artists from across a variety different musical spectrums, meaning every year has a surprise or two.

Now in its 14th year, the festival has from the start enjoyed the patronage of HSH Prince Albert II.

HE Ms. Isabelle Berro-Amadei, Ambassador and Permanent Representative of Monaco to the IAEA.  Photo: DC[/caption] A Monegasque delegation, led by HE Mrs Isabelle Berro-Amadei, Ambassador and Permanent Representative of Monaco to the IAEA, and composed of Benjamin Labarrère, Counselor at the Embassy of Monaco in Germany and Tidiani Couma, Secretary of External Relations in the Directorate of International Affairs, took part in the 61st General Conference of the International Atomic Energy Agency (IAEA), which was held in Vienna from September 18 to 22, 2017. In a speech during the plenary session, HE Mrs Isabelle Berro-Amadei recalled the remarks HSH the Sovereign Prince made the previous year at the Scientific Forum organised by the IAEA: "Monaco fully endorses the strong commitment to build a peaceful and better world through of the use of nuclear applications for sustainable development.” In particular, the Ambassador stressed the Principality's commitment to two major aspects of the peaceful use of nuclear technology: environmental protection and the promotion of global health. At the Treaty Event, HE Ms. Isabelle Berro-Amadei presented the Director-General of the Agency, Mr. Yukiya Amano, with the Instrument of Accession of Monaco to the Amendment to the Convention on the Physical Protection of Nuclear Material , of which the IAEA is the depository. The Convention, which entered into force on February 8, 1987, includes provisions on the protection of nuclear materials during their international transport, penalising offenders and ensuring international cooperation and the exchange of information. The amendment to the Convention extends its scope and, in particular, reduces the risk of a terrorist attack involving nuclear material.

READ MORE: Monaco and IAEA cooperation presented at the UN 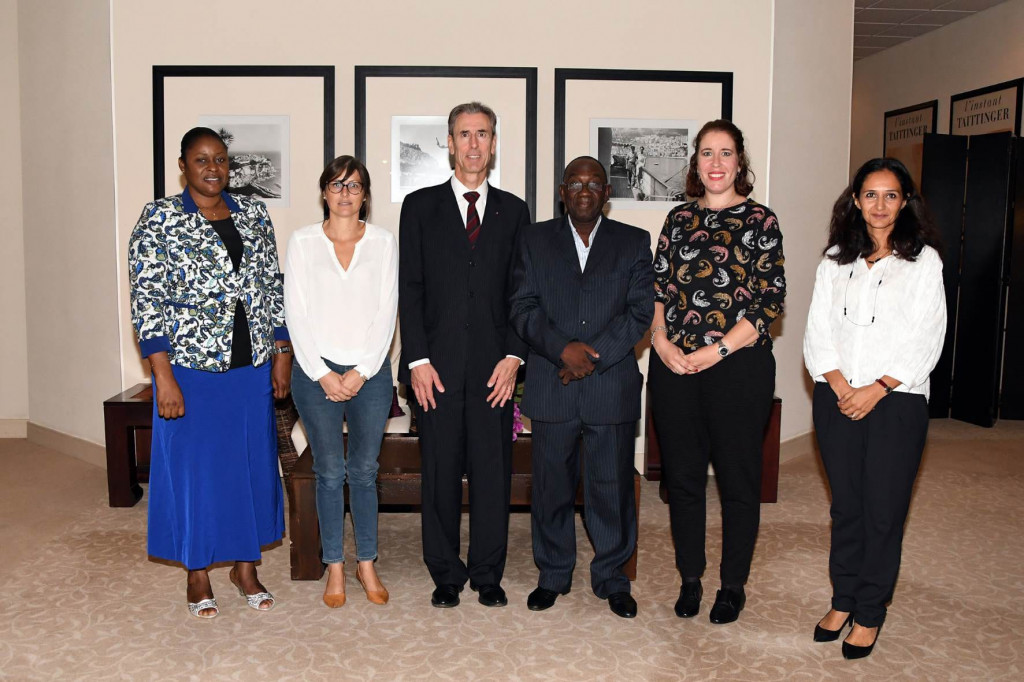 Gilles Tonelli, Minister for Foreign Affairs and Cooperation, with technical coordinators, on left, Cécile Dakouo (Mali) and Bérengère Andriamialison (Madagascar) and on right, Abdoulaye Douka (Niger) Wanessa El Amri (Tunisia) et Saida Abouid (Morocco). ©Direction de la Communication/Manuel Vitali[/caption] The technical coordinators for Monaco’s overseas aid projects have been meeting in Monaco this week to discuss their monitoring work and to hear from Gilles Tonelli, Minister for Foreign Affairs and Cooperation, about the government’s development policies. The week centred on various workshops to enhance the quality of aid, strengthen links between the teams in Monaco and on the field, and take stock of ongoing projects. Monaco currently operates technical aid programmes in six countries: Madagascar, Mali, Morocco, Niger, Tunisia and Burkina Faso, most of them among the poorest nations in Africa.