Monte-Carlo Masters organisers thrilled at the return of fans

Monte-Carlo Masters organisers thrilled at the return of fans 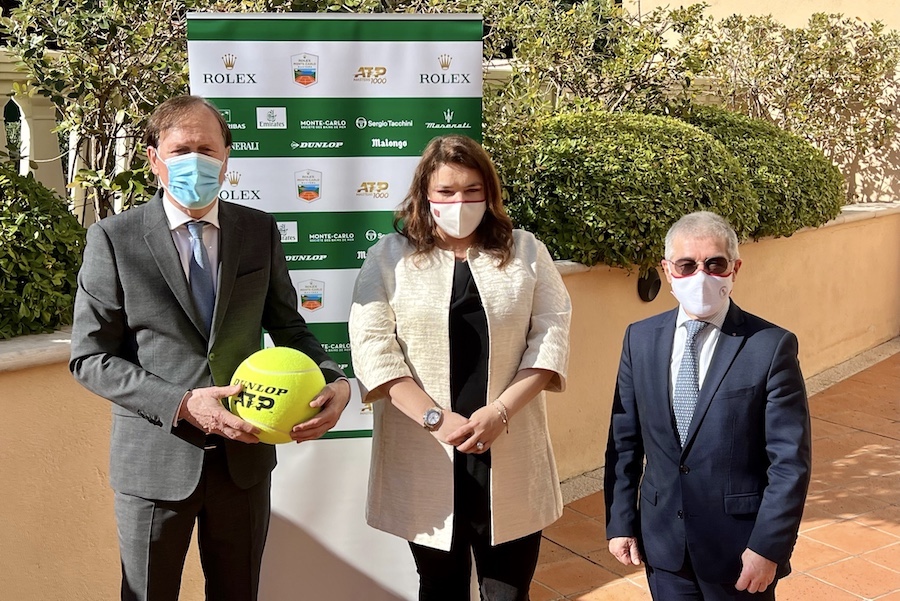 Thursday marked the start of the build-up to the 2022 Monte-Carlo Masters tennis championship, with a press conference highlighting the return of fans and doubt over Novak Djokovic’s appearance.

The last edition of Monaco’s flagship tennis event took place behind-closed-doors, so as ATP Chairman Andrea Gaundezi told Monaco Life, he is looking forward to welcoming the fans back for the 115th edition of the tournament in April. “We want to see full crowds like before. My first wish is to see the stadium full, to see people enjoying tennis and having fun at live sporting events.”

Meanwhile, Rolex Monte-Carlo Masters Director Zeljko Franulovic said that he expects the event to host some of the biggest names in world tennis. “I am expecting all of the world’s top 10, apart from Roger Federer, who is unfortunately still injured.” That includes 21-time Grand Slam winner and recent Australian Open champion Rafael Nadal, last year’s winner Stefanos Tsitsipas, as well as a range of talented young prospects.

Gaundezi, who has won three ATP Tour titles and six finals, praised the longevity of the careers of some of the current crop of world stars, saying, “I don’t know how they do it (Federer and Nadal), it’s amazing. When I retired, I thought no one could ever beat Pete Sampras’ record of 14 Grand Slams, and I was wrong three times. The continuity and longevity they have had in their careers will probably go unmatched. I think it’s great for the sport.”

One of those to have broken Sampras’ record is Novak Djokovic, but his inclusion in the competition is also in major doubt, his very public opposition to receiving a Covid vaccine potentially making his attendance problematic.

Monte-Carlo Masters director Zeijko Franulovic broached the controversy during the conference, stating, “We would be delighted to welcome him. It just needs to be within the rules. He knows that very well. The rule currently for entering France is that you have to be vaccinated (to enter a sporting venue). That is the first rule. The ATP’s rule is that the player either has to be vaccinated or has recently recovered from Covid. For the moment, Djokovic isn’t vaccinated, as far as I know. His chances of attending rely on him.”

Seemingly, Djokovic is relying on a policy change from the French government, who for now are currently insisting on vaccination or a recent positive Covid test (four months from February 15th) for entry into all venues, including stadia. Djokovic, as well as the organisers of the Monte-Carlo Masters, are therefore awaiting French government guidelines, which will ultimately decide Djokovic’s participation.

Getting the vaccination before the start of the tournament would also of course allow him to participate, but given his reticence to doing so, which recently saw him deported from Australia, this is perhaps a less likely option.

Regardless of his attendance, Monaco is readying itself for live tennis once again. Fans will need a vaccine pass and attendance is of course dependent on there being no changes to the current health measures in France.

The build-up continues with the announcement of the attending players on 14th March before the draw taking place on 8th April. The tournament itself will last just over a week between 9th and 17th April. Gaundezi, like all tennis fans in Monaco, has a simple wish: “I just want a top competition and for the players to provide great matches and entertain millions of fans.”