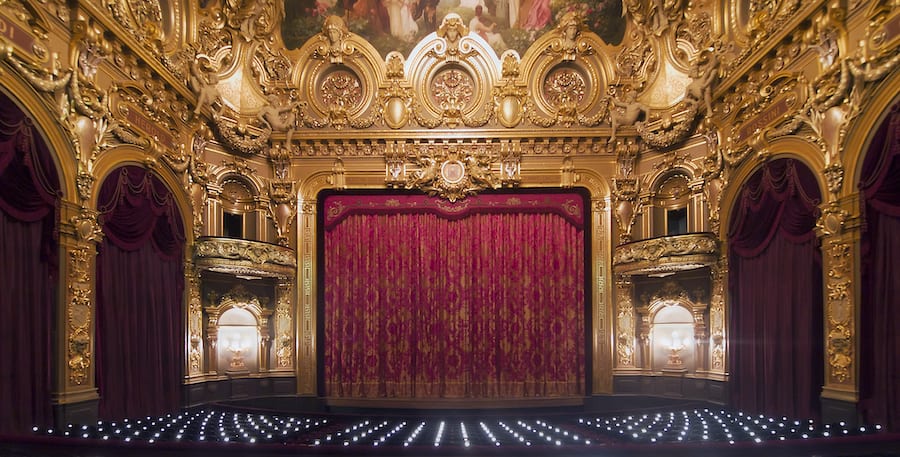 The new season of the Monte Carlo Opera is fast approaching with an incredible line-up and some great surprises that all begin on 15th October.
The 2020-21 season opener comes just in time for Halloween with a spooky cine-concert featuring the 1922 Friedrich Wilhelm Murnau classic Nosferatu, based on the Bram Stoker novel Dracula. The film, which was hit with legal action in its day, survives today only due to the director having held back a copy, allowing us to view the 100-year-old film in its entirety today. The musical accompaniment will be by Jean-François Zygel, who will perform on the piano and celesta.
This will be followed by an invitation-only performance by mezzo-soprano star Cecilia Bartoli on 19thNovember in honour of Monaco’s National Day with an evening of opera ranging from baroque to romantic bel canto. She will be joined by the Prince’s Musicians for a truly unforgettable evening.
A classic and perennial favourite Carmen is next up, with shows on 20th, 22nd and 24th November. This four-act opera with music by Georges Bizet stars Aude Extrémo in the title role and Jean-François Borras as the naïve soldier who is seduced and destroyed by the beautiful gypsy. The Monte Carlo Philharmonic, the children’s choir of the Rainier III Academy and the Choir of the Monte Carlo Opera, support the cast.
The year rounds out with Spanish opera super-star Placido Domingo performing in an unknown Verdi opera, I due Foscari on 5th December. Domingo takes on the role of Francesco Foscari, a doge in his twilight years who is torn between his duty and love for his family. The Monte Carlo Philharmonic and the Choir of the Monte Carlo Opera add to the spectacle.
“Within the season offered to you, some will seek adventure, others for achievement, emotion or even oblivion,” saod Director of the Opera Jean-Louis Grinda. “So many different reasons to attend to an opera performance or to hear a great soloist in concert.”
The season will continue in the New Year with more exciting events. For more info and for tickets, visit www.opera.mc
Photo © Monte-Carlo Société des Bains de Mer