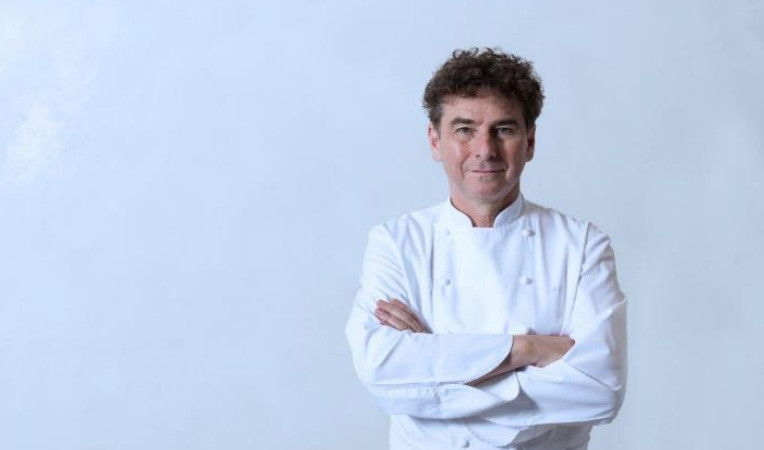 Le Grill, headed by Executive Chef of Hôtel de Paris Monte-Carlo Franck Cerutti, has been awarded its first Michelin star, just 18 months after the reopening of the restaurant.

The star joins the other six Michelin stars already won by four gastronomic restaurants of Monte-Carlo Société des Bains de Mer – now the resort with the highest number of stars in Europe.

One of the most elegant and lively venues in the Principality of Monaco, Le Grill is on the eighth floor of Hôtel de Paris Monte-Carlo. With breath-taking views of the Mediterranean and the Principality, Le Grill features marineinspired décor, high-quality cuisine and a convertible roof that offer guests the wonderful experience and pleasure of dining under the stars.

Executive Chef Franck Cerutti sums up his vision of the restaurant in two words: marine and Mediterranean. The wood-fired rotisserie where meat and fish are slowly cooked is the soul of the restaurant. Guests can expect the grand tradition of Mediterranean cuisine including pasta, pasta casarecce (homemade), clams, calamari and shellfish, ravioli pasqualina and risotto, inspired by Liguria or Tuscany. Food lovers will also be delighted to see the famous soufflés on the menu. Pastry Chef Olivier Berger has created new soufflé flavours including chocolate from Alain Ducasse in Paris and revisited classic recipes such as Grand Marnier or vanilla soufflé.

Patrice Frank, Head Sommelier, has chosen the best vintage wines from Provence to Tuscany. Guests can expect over 700 wines to choose from on Le Grill’s wine menu, taken from the cellar of Hôtel de Paris Monte-Carlo – one of the largest wine cellars in the world.

A 7th Michelin star, a symbol of the excellence and exciting transformation of the Monte-Carlo Société des Bains de Mer resort

This 7th Michelin star is the result of the resort’s fresh transformation which has taken place over the past four years.

The metamorphosis of the legendary Hôtel de Paris Monte-Carlo is an integral part of this renewal, notably with the transformation of Le Grill, which reopened in May 2017.

Franck Cerutti, Executive Chef of Hôtel de Paris Monte-Carlo Franck began his career with Jacques Maximin at the Négresco (Nice) in 1978, before becoming second chef at Enoteca Pinchiorri (Florence). His meeting with Alain Ducasse in 1980 at the Juana, in Juan-Les-Pins, was decisive and Franck soon became his second at the Louis XV in 1987. In 1996, Alain Ducasse entrusted him with directing the brigade. Since 2007 he has been the Executive Chef for all the restaurants at Hôtel de Paris Monte-Carlo.