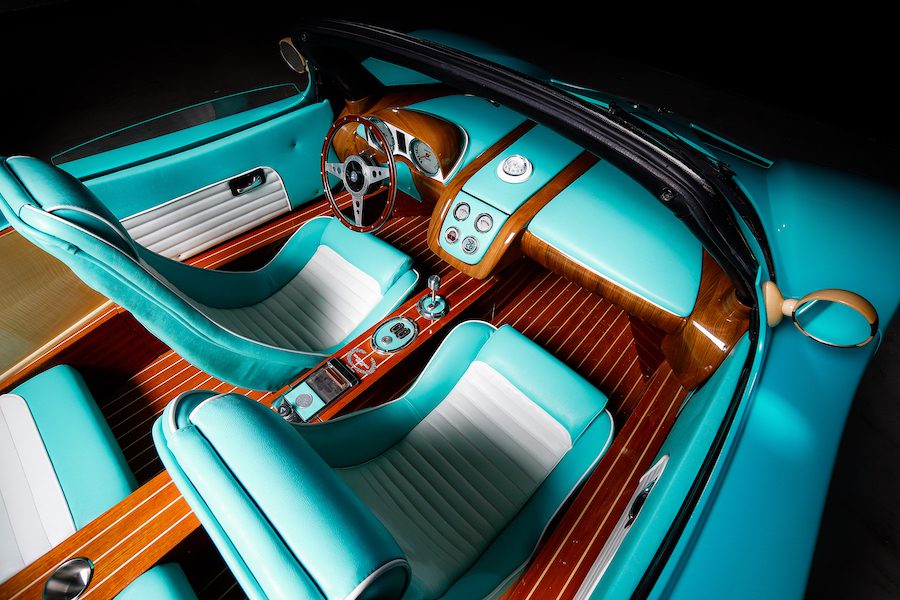 Two sleek prototypes by Montecarlo Automobiles made their world-premiere during the Monaco Yacht Show marking the rebirth of the brand, with a new president and CEO at the helm.
Founded in 1983 by Fulvio Maria Ballabio, Montecarlo Automobiles has a long history of building exceptional vehicles.
The brand has recently undergone a series of changes, not least of which has been the recruitment of a new president in the form of Bogdan Skutkiewicz, as well as Giorgio Stirano who has been brought in as CEO. The duo has been charged with keeping the values of the company put forth by Ballabio whilst maintaining excellence in design and innovation.
To that end, the company presented two new prototype cars at the Monaco Yacht Show on 23rd September. Called the Ètè and the MIG20, they were created specifically to be debuted at the yacht show alongside some of the company’s other models such as the Jetmig and the ALA50.


The grand unveiling was an event in itself and attracted many personalities including world champion racer Stéphane Richelmi and Alex Caffi, former Formula 1 racing driver, as well as international ballet star, singer and actress Lorena Baricalla.
Also on hand were artist Marcos Marin and Christian Tornatore, Automobile Club de Monaco General Commissioner, and Jacques Pastor, deputy mayor and sport advisor of the City of Monaco.
Montecarlo Automobiles has made a reputation over the years as a company that makes “handmade” sports cars to an incredibly high standard in terms of performance and engineering, making them instant collector’s items by car enthusiasts.